NFL News and Rumors
Tom Brady and the New England Patriots will look to get back in the win column when they host Chip Kelly’s reeling Philadelphia Eagles in a Week 13 matchup that looks more like a huge mismatch from the outside looking in. Still, this inter-conference NFL odds matchup is offering a ton of value, now let’s find out why!

New England suffered its first loss of the season in falling to Denver 30-24 in overtime as a 2.5-point home favorite just as I predicted. Tom Brady completed 23 of 42 passes for 280 yards and three touchdowns, but the Pats were held to just 39 rushing yards in the loss. The Patriots also allowed Broncos running back C.J. Anderson to rush for 113 yards and two scores, including the game-winner in overtime. 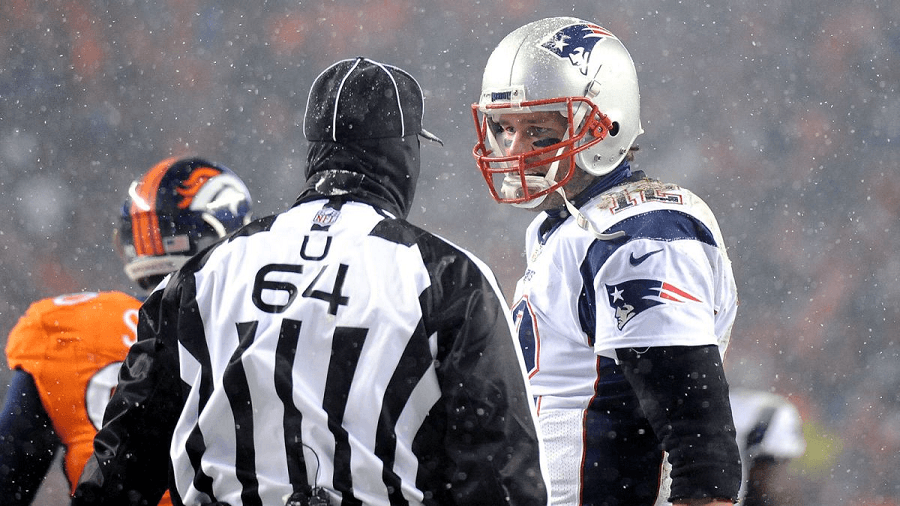 “We’ll keep fighting,” Brady said. “We lost tonight, it was tough game, come on the road, we had a good lead. We just didn’t make a couple of plays in the fourth quarter. It’s tough to win, and when you lose good players, it hurts. It always hurts to lose. We had plenty of opportunities to win, and we’ll try to get back to work this week.”

The Eagles have dropped four in a row and got completely overwhelmed in their 45-14 Thanksgiving day blowout loss against Detroit while never coming close to covering the spread as a 3-point road dog.Veteran quarterback Mark Sanchez completed 19 f 27 passes for 199 yards and two scores, but was sacked a whopping six times in the loss. The Eagles were held to just 68 rushing yards in the loss while allowing Detroit signal-caller Matthew Stafford to toss five touchdown passes. The Birds also lost the time of possession battle by almost 16 full minutes and have given up five touchdown passes in each of their last two games.

The leaders of the #Eagles locker room know what’s at stake in #PHIvsNE: https://t.co/POMIkGK7rD pic.twitter.com/zvaeHJr2vs

Head coach Chip Kelly blamed the loss on the lack of a pass rush, though recent reports say he’s ‘lost’ the locker room. We’ve got to do a better job of getting to the quarterback,” he said. “We’ve allowed them too much time. We’ve got to create more pressure, and Calvin was obviously a very difficult matchup for us.”

I’m firmly backing the New England Patriots to get the win and narrow ATS cover over the completely discombobulated Philadelphia Eagles and 61 percent of the betting public agrees. The Birds have been held to 19 points or less in losing each of their last three games while giving up a whopping 45 points in each of their last two games.The Patriots may have suffered their first loss of the season last weekend, but I think that’s going to make Tom Brady and company all the more hungry in this contest. The Eagles are just 2-4 ATS in their last half-dozen road games, 7-17-1 ATS in their last 25 games against a team with a winning record and a nearly winless 1-4 ATS in their last five games overall.Conversely, the Patriots are 3-0-2 ATS in their last five home games and an insane 35-15-1 ATS in their last 51 games following an SU loss and a blistering 16-5-3 ATS in its last 24 home games.I like the Pats to beat down the Eagles – like everyone else these days.My Pick: Patriots 35 Eagles 21
Older post
Newer post