NFL News and Rumors
The Pittsburgh Steelers will be in a fight for their playoff lives when they square off against the Cleveland Browns in a huge Week 17 AFC North divisional battle that gets underway on Sunday afternoon at 1:00 PM T, live from FirstEnergy Stadium in Pittsburgh.Now, let’s find out if Big Ben Roethlisberger and the Steelers can win and cash in!

When: 1:00 PM ET, Sunday, January 3, 2016Where: FirstEnergy Stadium, Cleveland, OhioLine: Pittsburgh -10.5O/U: 47The NFL Week 17 betting lines for this matchup have the Steelers as 10.5-point favorites after opening as 10-point faves. If you want to bet the O/U the game total is sitting at 47 points. The money favors the Steelers at -600 while you can cash in at +450 if you back the Browns.

Why Bet The Cleveland Browns Odds at +10.5

They’re completely desperate!The Cleveland Browns have lost two straight and nine of their last 10 games overall, including their narrow 17-13 loss against Kansas City last weekend.Johnny Manziel is completing 57.8 percent of his passes for 1,500 yards, seven touchdowns and five interceptions, but the numbers don’t tell the whole story as Manziel has clearly given the Browns a better chance to win than any other quarterback on their roster. Unfortunately, with Manziel suffering a concussion in last week’s loss, backup Austin Davis is scheduled to get the start in this contest.Wide receiver Travis Benjamin and underrated tight end Gary Barnidge have combined for a stellar 1,890 receiving yards and 14 touchdowns, but the Browns’ rushing attack is averaging an anemic 96.2 yards per contest while Cleveland averages just 17.7 points per game (29th). Defensively, Cleveland is allowing 26.9 points (29th) and 379.2 yards per game (26th).

Why Bet The Pittsburgh Steelers Odds at -10.5

Because they’re simply better than the Browns – and even more desperate!The Pittsburgh Steelers need to win this contest to have any shot of sneaking into the playoffs. Of course, if the New York Jets beat Buffalo in their regular season finale, it won’t matter if Pittsburgh wins.Future Hall of Fame quarterback Ben Roethlisberger is completing 68.1 percent of his passes for 3,584 yards, 18 touchdowns and 14 interceptions, but was picked off twice last weekend against Baltimore while failing to throw a TD pass in Pittsburgh’s crushing 20-17 loss.Superstar wide receiver Antonio Brown and gifted fellow wideout Martavis Bryant have combined for 2,412 receiving yards and 15 touchdowns while No. 3 wideout Markus Wheaton has recorded 41 receptions. Pittsburgh averages a healthy 26.3 points per game (fifth).Veteran running back DeAngelo Williams leads the rushing attack with 899 yards and 11 touchdowns while the Steelers defense limits its opponent to just 20.5 points per game (12th).Head coach Mike Tomlin said his team wins when they take care of the ball and that is what he’s looking for in this matchup.“We are 0-5 when we lose the turnover battle in football games,” Tomlin said. “Conversely, we are 9-1 when we win or tie in the turnover ratio. That’s been a very bright line for us.“We know it is something that we are very cognizant of. That’s why we have to do a great job of taking care of the football and work extremely hard to get the ball.” 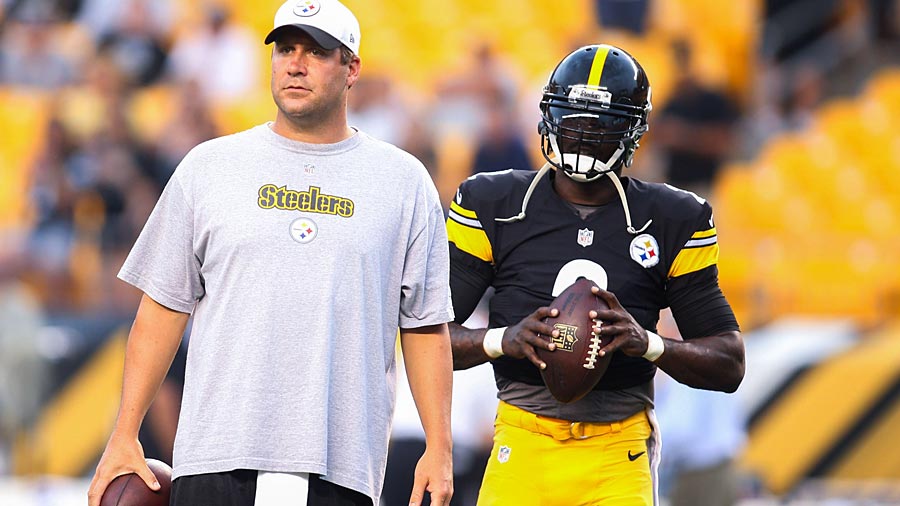