Should Carolina Rest Some Players Or Go All Out For Their Fans?

The Carolina Panthers remain undefeated, but their 13-0 record begs NFL betting fans to question as to whether they should rest some of their key contributors in order to keep them from getting hurt or try to finish the season without a loss. In press conferences, head coach Ron Rivera has not seemed all that worried about things, but it is worth asking what he plans to do with some of the key contributors who had minor injuries against Atlanta last week, such as running back Jonathan Stewart, who has a foot sprain, and tight end Greg Olsen, who banged up his knee.

Panthers RB Jonathan Stewart will not play Sunday at Giants because of a foot sprain according to Ron Rivera. pic.twitter.com/KjH9MFSrWb

It makes sense to rest Stewart, especially given his fragile history. It’s true that Cam Newton has played well without a standout wide receiver, but losing Olsen could put the Panthers close to their first loss. So if you’re planning on betting on NFL action this week, watch those two names in their injury report before you put down your money on the Carolina game.

With Jackson Out in Tampa, How Will This Affect the Buccs Odds

The Tampa Bay Buccaneers appear to have lost wideout Vincent Jackson for the season. According to NFL Media’s Ian Rapoport, Jackson sprained his MCL against the Saints and is expected to miss multiple games. The Bucs’ loss to New Orleans made a Tampa Bay trip to the playoffs much less likely, so Jackson could be done. Jackson is one of Jameis Winston’s favorite passing targets, so consider that when sizing up Tampa Bay’s Week 15 line and beyond. 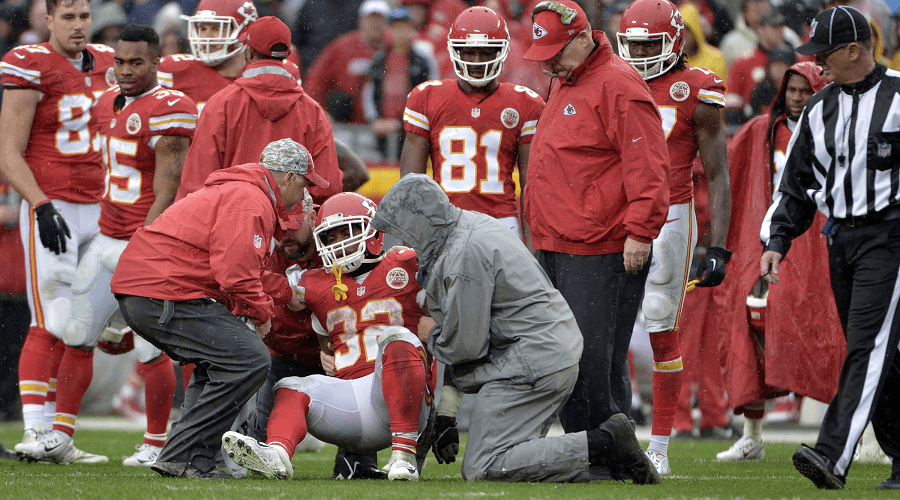 Rapoport also reported that Kansas City Chiefs running back Spencer Ware has bruising, swelling and pain in his ribs, but no fractures. Ware is a banger of a running back, so it’s likely that he will sit this game out for rest. He had taken about 50% of the running load, splitting the work with Charcandrick West, but expect West to get the bulk of the carries against Baltimore. Given how awful the Ravens are right now, I wouldn’t let this alter your decision to pick the Chiefs to win and cover, though.

Can a GM Change the Falcons NFL Odds Chances Next Season

Remember when the Atlanta Falcons were 5-0? The Falcons might not even remember that now, after they got a 38-0 beating from Carolina this past Sunday. After the game, owner Arthur Blank reiterated his confidence in the job that head coach Dan Quinn is doing, but that’s not that surprising, given that this is Quinn’s first season. However, there could be a new general manager in Atlanta, as Thomas Dimitroff could be on the way out. Quinn has had final say on roster decisions since he came in, and the 2014 free agent decisions (Paul Soliai, Jon Asamoah and Tyson Jackson) have not paid off, to say the least. When a team is in this sort of disarray, it’s almost never a good idea to pick them to do anything except stay under a total that seems too high to be realistic.
Older post
Newer post