NFL News and Rumors
One of the greatest escapes ever seen in NFL playoff history came in the Wild Card games last weekend when the Minnesota Vikings missed a chip shot field goal that would have erased the Seattle Seahawks from the Super Bowl contention. But against all odds and most betting predictions, the Seahawks managed to found a way to live to tell the tale, and now have to be considered a good bet to reach their third consecutive Super Bowl. While the team definitely had a pretty unconvincing performance during the regular season, they are currently sitting at +450 in the betting lines to win Super Bowl, and there are a few good reasons as to why that might be a very solid bet. So let’s have a look on some of the factors that may play a major role for Seattle in the coming games:

QB Russell Wilson is one of those guys who does not blind you with an array of impressive stats, but what he does have is an uncanny ability to find ways to get the job done and lead his team to victory. One play in particular versus the Vikings last week highlighted exactly what makes him so dangerous. A botched snap hit Wilson in the shoulder and went 15 yards behind him. Scrambling back, Wilson picked up the ball, steadied himself, and threw a first down pass that was like a dagger through the heart of the Vikings. His improvisational skills are what make him so very dangerous, and they have helped dig the Seahawks out of more than one sticky situation.

The Legion of Boom

While the Seahawks kicked off the season having to deal with many offensive and defensive issues, there is no defense in this league who has more playmakers at their disposal than the Seattle Seahawks. Consolidated players such as Richard Sherman get the vast majority of the headlines, but other guys like Kam Chancellor and Earl Thomas also deserve a lot of recognition for their extraordinary performance on the field. The Seahawks once again had the best defense in the league this season, and you always have a real shot at winning when you can shut your opponent down for long stretches of the game. 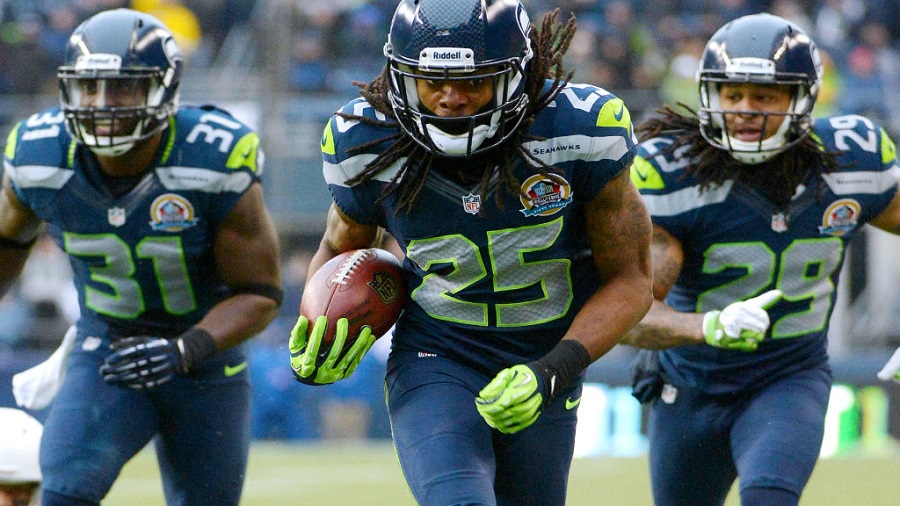 I don’t think there was a team coming into this season with a bigger chip on their shoulder than the one carried by the Seahawks. They should have started this season as a 2-time defending Super Bowl champion, but one of the worst calls in the history of the game cost them last year’s title. This group wants to make amends for that mistake, and that makes them very dangerous, and also a very good bet at +450.
Older post
Newer post