NFL News and Rumors
There are many teams that view the Wild Card Weekend as nothing more than a consolation prize of sorts for the 8 teams taking part. While it certainly is tough to win it all from the Wild Card position, it is certainly not impossible. There are many NFL betting fans who are looking at the Seahawks (+450) as a legitimate contender, but Seattle still has a very tricky road trip to US Bank Stadium in Minnesota before they can mix it up with the big boys. This game is set for Sunday, January 10 at 1:05 EST on NBC. The Seahawks are a 5.5-point favorite heading into this one.

Why bet on the Seattle Seahawks to cover?

The Seattle Seahawks have appeared in the last 2 Super Bowls, but they are going to have to take the long road if they want to make it 3 in a row. It was something of a disappointing season for Seattle, as their 10-6 record was not enough to get them past the Arizona Cardinals in the NFC West Division. The Seahawks finished the season strong, winning 6 of their last 7 games, including a total demolition of the Cardinals in the final week of the regular season. Make no mistake, this is a team that no-one wants to face in the playoffs. The Seahawks did their usual bang up job on defense this season, once again landing in top spot with just 17.3 PPG allowed. They were also top 5 in offense, scoring over 26 points per game this season. While this is going to be a tough start to the playoffs, it should be noted that Seattle was 1 of only 5 teams to post a winning record on the road this season. 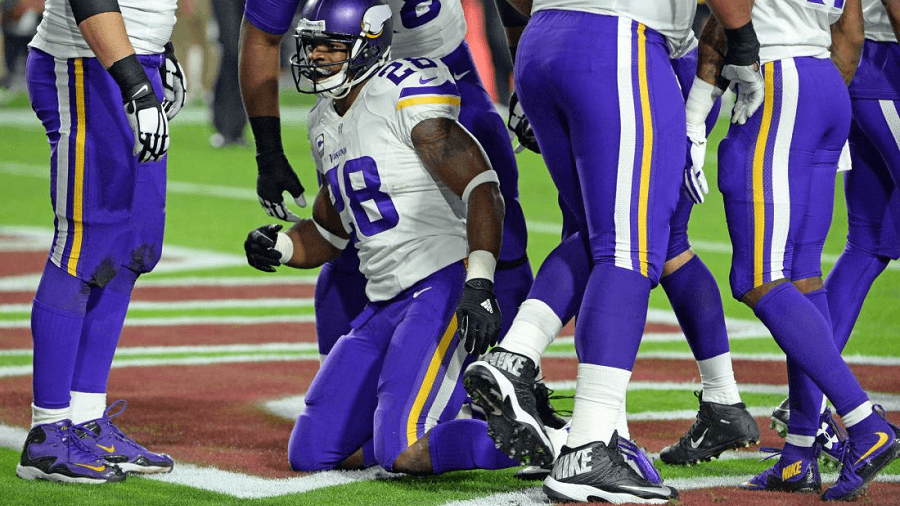 Why bet on the Minnesota Vikings to cover?

Coming into this season, the general consensus was that the Vikings would need a monster year from Adrian Peterson if they were going to find their way into the playoffs. That is exactly what they got, as Peterson came perilously close to the 1,500-yard mark on the season. While it was Peterson who deservedly got most of the headlines, you also cannot ignore the job done by young Teddy Bridgewater at QB. He threw for 3,231 yards and 14 TD this season, although he did give up 9 picks. The TD to INT ratio may not look great, but keep in mind that Minnesota are a team that runs the ball into the end zone more often than not. The Vikings were defensively solid this year, and were led by Everson Griffin with 10.5 sacks. The Vikings managed 22.8 PPG on offense, and gave up 18.9 PPG, which suggests that they like to keep things close.

This is going to be a battle of ground games, and you feel that it is the teams who makes the fewest mistakes that will win this one. I like the Wilson/Lynch combo a little better than the Bridgewater/Peterson duo, which means a win for the Seahawks by 6.PICK: SEAHAWKS
Older post
Newer post