NFL News and Rumors
Both the Carolina Panthers and Denver Broncos are sitting just one win away from claiming the top honors in the 2015 NFL betting lines. The stage for their meeting is set for Levi’s Stadium in Santa Clara, California, and the date is Sunday, February 7, at 6:30 p.m. ET. But most notably, there has been a strong movement in the NFL odds since the lines opened on Sunday, particularly in regards to the point spread, begging the question whether bettors should place their Super Bowl bets right now, or sit it out until late when the Big Game is nearly starting. To answer this question, let’s take a look at the comprehensive NFL betting analysis prepared for you below.

During the 2015-16 preseason, the early NFL odds had the Broncos placed favorably among the favorites, while the Panthers were distantly placed among the mid-level NFL teams to claim the trophy. But thanks to their incredible 15-1 SU run en route to claiming the top seed in the NFC playoffs, the lines changed, placing the Panthers amongst the favorites to win the Big Game, along with the Patriots, Cardinals and Seahawks.The Broncos, meanwhile, had an up-and-down regular season that saw them finish with a 12-4 mark. They did earn the honors of clinching the top seed in the AFC playoffs, but there were several questions surrounding the team, particularly in regards to starting QB Peyton Manning, who threw 17 interceptions and just 9 touchdowns in his first nine games before missing six contests with a torn plantar fascia in his right foot. So even with their solid 12-win mark, the Broncos were forced to settle for an underdog status in the Super Bowl 50 odds, coming behind the likes of Arizona, New England, Carolina and even Seattle.But then, Denver defied the NFL odds and beat the Steelers, before knocking off New England in the first game of the Sunday’s Conference Championship matchups as the +3 home underdogs in a narrow 20-18 win to book their spot in Super Bowl 50. Look-ahead NFL lines for the Super Bowl 50 released after that win had the Broncos in the +2.5 or +3 range as an underdog – no higher and no lower – in a matchup against either the Panthers or Cardinals in the Super Bowl.Then, to everyone’s surprise, Carolina blew out Arizona and all hell broke loose in the Super Bowl 50 odds. The Panthers odds as -2.5 or -3 favorites in the Super Bowl were snapped up in an instant. For instance, Pinnacle opened offshore with a Carolina -3.5 line and several other books copied that number for their NFL odds boards. That, however, proved a number too small, given the nature of the whitewashing win by Carolina over Arizona, with the early betting public pounding hard on the Panthers on both the point spread and moneylines. The Westgate Superbook took notice of that and posted an ‘off market’ number, hanging Carolina as -5.5 point favorites. At that time, no other major sportsbook had a number higher than -4, and the majority of the market spotted a -3.5 value on Carolina. The market as a whole soon shifted to -4 after that, and by Monday morning, most of those -4’s had climbed to -4.5’s.Fast forward to Thursday, January 28th, the love and respect for Carolina continues to pour, and the lines have climbed as high as -6, or even higher in some books. So what does this say about the lines and how we should bet?

Carolina’s Motto: Keep Pounding and the Odds will Improve

The Keep Pounding motto for the Panthers this season, which was first coined by the late Sam Mills (both a player and coach of the Panthers) during their 2003 Super Bowl run, is seemingly finding a new life in the 2015 Panthers team. After a historic season that has seen the Panthers break several franchise records, along with breaking the NFC’s longest winning streak in the regular season and multiple players setting new individual records, the NFL betting public is finally ready to recognize the Panthers for their real worth as an elite team whose time has arrived. As a result, the betting public is pounding hard on Carolina in the Super Bowl 50 lines.Consensus polls from various sportsbooks reveal that NFL betting action is furiously coming down the wire at early doors, with the Panthers witnessing over 60 % of the action in the early spread tickets and over 85 % of the money staked on the game. The fact that the proportion of money is greater than the proportion of spread tickets is a clear indication that public and sharp money is on the Panthers, something that should be an encouragement for other early bettors to equally take advantage of the affordable lines to wager on Carolina.

The Broncos are TOP Underdogs to Bet on SB50

Obviously, Manning’s diminishing arm strength, advanced years and foot injuries are viable concerns in ahead of the Big Game, just in the same way there are genuine questions about the rest of Denver’s offense. Still, this is the same Denver team that defiantly dethroned the defending champions New England Patriots as home underdogs, showing the type of character needed to win even when the team is not playing at its best. Added to the fact that Denver’s running game is good enough to get some solid production against Carolina, and Denver’s menacing defense is a sure-bet to take away some sting from Carolina’s offense; I wouldn’t be surprised if the Broncos (who are 5-1 SU and 5-0-1 ATS in their last 6 games as underdogs) defied the odds once again to beat the Panthers, like they did to the Pats in the AFC Championship game. 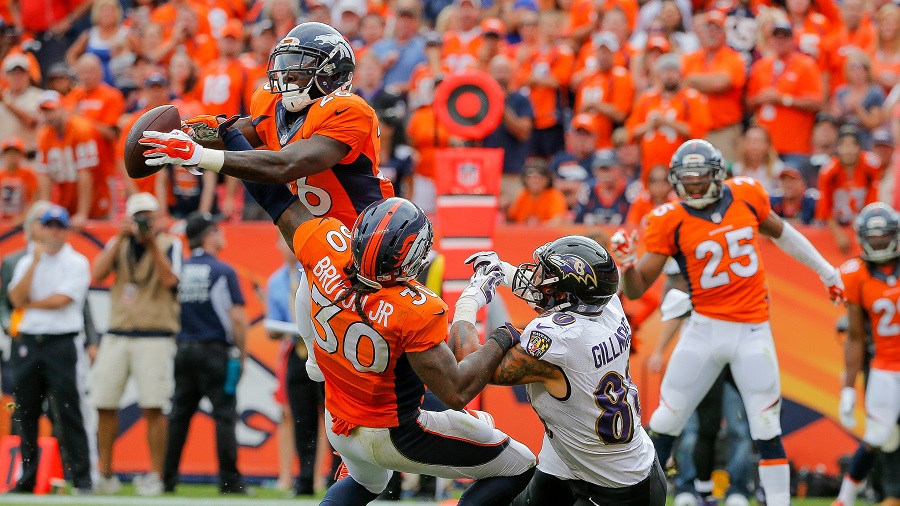 From a total betting perspective, the NFL betting market openers ranged from around 44 to 46, with most offshore markets settling in at 45 in early trading on Monday, while many Las Vegas sportsbooks holding fort at 45.5. There hasn’t been much movement since then, with most books operating around 44 and 46. Now, whether you want to bet early or late, here are the only things you need to know about total betting in Super Bowl 50: Denver has a very good defense, but with a middling offense, while Carolina has a very good offense and a defense that is just as good. Now, if you believe that Carolina’s offense can’t be stopped be by Denver’s D, then bet on the OVER. But if you trust the Broncos defense to stop Newton and Co, then an UNDER is the safe way to go. Everything else you’ll be hearing is just noise, so make one choice and stick to it.

Conclusion: What Goes Up Doesn’t Always Comes Down

In NFL betting, what goes up doesn’t always necessarily come down, so bettors (especially those waiting for the lines to come down and place their wagers later) must be wary of that. Still, in last year’s Super Bowl 49 lines, we saw the line move play around between -1 and -3 in the NFL odds boards before eventually being priced as a true pick ‘em, the first and only time in Super Bowl betting history that a Big Game was priced as a pick ‘em. Keeping that in mind, we could still see a lot of movement up-or-down in the NFL lines, especially in the point spread betting, meaning there’d be some potential value in waiting out for all the hype about Carolina to come down before getting the final real depiction of the situation on the ground. After all, the market on Super Bowl 50 betting is going to remain open for another two weeks, until kick-off on Sunday, February 7th. That’s a lot of time for things to shake up in the market and offer other solid odds and options for you to jump on.
Older post
Newer post