NFL News and Rumors
If you’re a fan of the AFC, you have to be sick and tired of this matchup. The Broncos and the Patriots face off yet again for the AFC championship, and one of these two teams is going to be representing the AFC in hopes of winning the Lombardi Trophy. How many times have we seen either the Colts vs the Patriots, or the Broncos vs the Patriots in the past decade? It seems like we always find ourselves in this predicament, with Brady vs Manning. This year both teams have revamped defenses as well, so it’s sure to be a great showdown, even if we’ve seen these quarterbacks duke it out multiple times. To view our NFL betting lines, click here.

The game will be held at Mile High Stadium in Denver at 3:00 EST. Tune in on CBS to catch the action, or watch it online here.

The game total for this one is set at 44.5 points. In most Manning vs Brady matchups, we see this total set much higher, but both quarterbacks have slightly regressed this year, Manning especially. Both defenses have stepped it up as well, and the oddsmakers have certainly taken that into account when setting the odds for this game.

Brady is coming into this game on fire. It’s hard to say anything else – he’s passed for nearly 5,000 yards on the season, has 36 touchdowns, and all of this without some of his top wideouts throughout the year as Amendola, Edelman, Gronkowski, and Dion Lewis were plagued with injuries during the season. Peyton Manning has certainly struggled this year though – turning in his worst showing in his entire career. Keeping this all in mind, Brady is 2-6 in Denver, and has always had trouble against the Broncos. This year, Denver has a revamped defense that ranks in the top five at defending the pass. It’s hard to see a matchup with Brady and Manning being low-scoring, but the under is definitely a reasonable choice in this one. 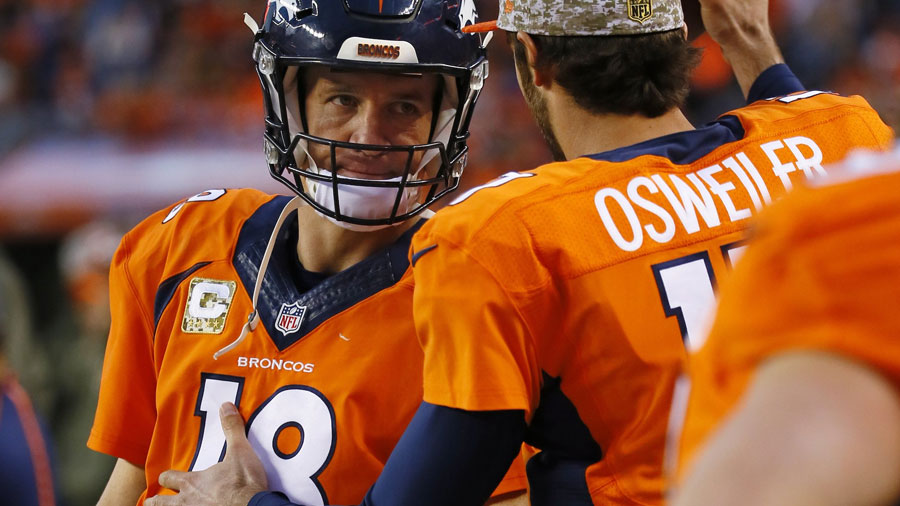 There are no nerves coming into this game – Brady and Manning know how to get it done on the big stage. With Brock Osweiler as the QB on November 29th, the Broncos beat the Patriots 30-24 at home. Manning is back now, and seeing a similar result wouldn’t be far-fetched. We typically see these two teams in a shootout, and a 44.5 point game total is ridiculously low, considering the fact that Brady and Manning both have all their weapons back, are healthy, and are most certainly going to duke it out in this game.

I expect this game to be high-scoring. The Broncos defense has regressed as of late, and their offense is starting to look better as well. The Patriots are going to score, and the Broncos will be with them every step of the game.Prediction: Broncos 27, Patriots 24.
Older post
Newer post