NFL News and Rumors
If you’re an NFL betting enthusiast and you feel really god about the teams you expect to meet in Super Bowl 50, then you should know that you can turn your ideal Super Bowl matchup into a bankroll-boosting wager that could pay off big long before the final game of the 2015 season gets underway.Thanks to this expert look at the value-packed odds on all four potential Super Bowl 50 pairings, you’re going to have a great chance to cash in with a winning wager with MyBookie.ag on teams to meet in Super Bowl 50!Okay, with all of that said, let’s get started.

Analysis: While it’s possible that both, New England and Arizona could win their respective conference championship matchups, I’m not real fond of this Super Bowl pairing for two reasons. First and foremost, I don’t believe that New England will get past Denver’s top-ranked defense and secondly, I just don’t see anyone keeping Cam Newton and the Carolina Panthers from what appears to be a straight-up date with destiny! Personally, I say, save your hard-earned bucks on this Super Bowl pairing.

Analysis: This Super Bowl matchup could very well take place, so wagering on it is probably a good idea. The Patriots could very well overcome a Denver Broncos team that has been completely and utterly mediocre across the board on offense all season long to join a Carolina Panthers team that I expect to reach Super Bowl 50 because of Cam Newton and the Panther’s stingy defense. 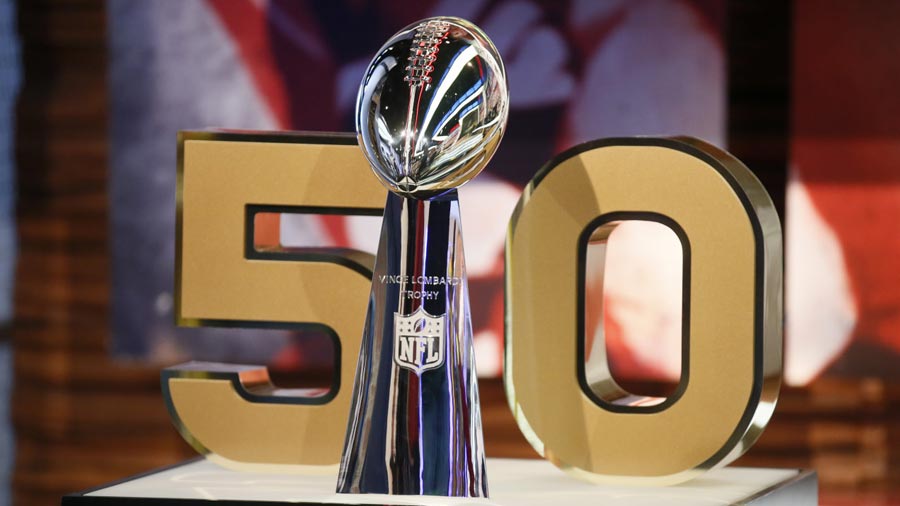 Analysis: This pairing may be offering just the second-best odds in terms of these Super Bowl matchups, but I believe it should be the top favorite pairing because of both teams’ stupendous defenses.Despite their lack of offense, I like the Broncos to get past a still banged-up Patriots team that has been just so-so on defense this season. The Patriots didn’t look like ‘world-beaters’ in their AFC divisional round win over Kansas City last weekend and this time out, they’ll be facing a far more complete defense in Denver.I know the Broncos also struggled before putting away Pittsburgh late in their own divisional round win last weekend, but they were impressive in not allowing Ben Roethlisberger to throw a single touchdown pass and I believe they’ll harass To Brady into a tough outing en route to the narrow home win.The Patriots are 1-5 ATS in their last six road games against the Broncos while the home team in this rivalry is a perfect 6-0 ATS in their last six meetings.

Analysis: Last but not least, this matchup is offering the biggest return of any potential Super Bowl 50 pairing – and I believe it has a decent chance of happening.I know I’ve got Carolina winning their NFC Conference championship matchup against Arizona, but the Cards ranked inside the top 10 in all eight major offensive and defensive statistical categories and have the type of veteran leadership that knows how to play in big games and win anywhere.As far as the Broncos are concerned, you just read my thoughts on Denver’s chances of reaching Super Bowl 50. I like them to beat New England in the AFC Championship showdown to reach the big dance, making this selection squarely on the outcome of Arizona’s conference title tilt.
Older post
Newer post