NFL News and Rumors
The action-packed 2015-16 NFL season will come to a deserving end when Cam Newton and the Carolina Panthers (17-1, #1 seed in the NFC) go against Peyton Manning and the Denver Broncos (14-4, #1 seed in the AFC) at Levi’s Stadium, Santa Clara for Super Bowl 50 after both teams impressively won their respective conference championships. Ahead of this thriller set to be played on the first Sunday of February 2016, let’s have a go at it, checking out its early Super Bowl 50 odds, predictions and picks, along with details on how and where to watch the marquee face-off.

Recap of the Championship Sunday

In Sunday’s highly anticipated AFC Conference showdown, fondly dubbed by many as Tom Brady vs. Peyton Manning XVII, it was the much-criticized Manning-led Denver team that carried day at the expense of the much-supported Patriots, who had closed the day favored by a field goal. The Broncos defense looked every bit like the dominant unit that caused trouble to opposing teams in the regular season, as it consistently pressured Brady and his receivers. Manning, as expected, wasn’t sharp, but managed to throw for two early touchdowns that eventually proved to be enough to earn the Broncos a hard-earned 20-18 win and a second trip to the Super Bowl in three years.The Panthers were even more impressive in their performance, with Newton dubbing on Arizona with four total scores (2 passing, 2 rushing), including that highlight-reel 86-yard bomb to Corey Brown. Meanwhile, Carolina’s defense went one and all on Arizona’s offensive line, forcing a whopping seven turnovers (tied for the most in conference championship game history) and ensuring that Carson Palmer and his offense didn’t get any breathing space in the game. In the end, the 49-15 win by Carolina was in every way deserved for extremely efficient Panthers team.

Now that the Conference games are in the books, the next order of business is the Super Bowl 50 game, where the Panthers have opened the NFL lines as 4-point favorites. In some sportsbooks, the Panthers are already trading as high as 5-point favorites. Given the way the Panthers have decimated their last two opponents (Cardinals and Panthers who had very good defenses) and comfortably covered the spread in both occasions, it totally makes sense that Carolina is strongly favored to beat Denver. In fact, as time goes by, the point spread is likely to rise even higher in favor of the Panthers, so don’t be too surprised if the line closes above 5 points.At Mybookie.ag NFL lines, the Panthers spot a -185 value in the Moneyline, which is more-or-less similar to most books out there that are trading anywhere from -175 to -195. The Broncos, on the flip side, have a value of +165 at open doors in our lines. And after shocking the NFL world by beating the odds to upset the public’s darling, New England, in last week’s odds; we don’t need to tell you twice about keeping an eye out on Denver’s camp ahead of the Super Bowl 50 matchup. 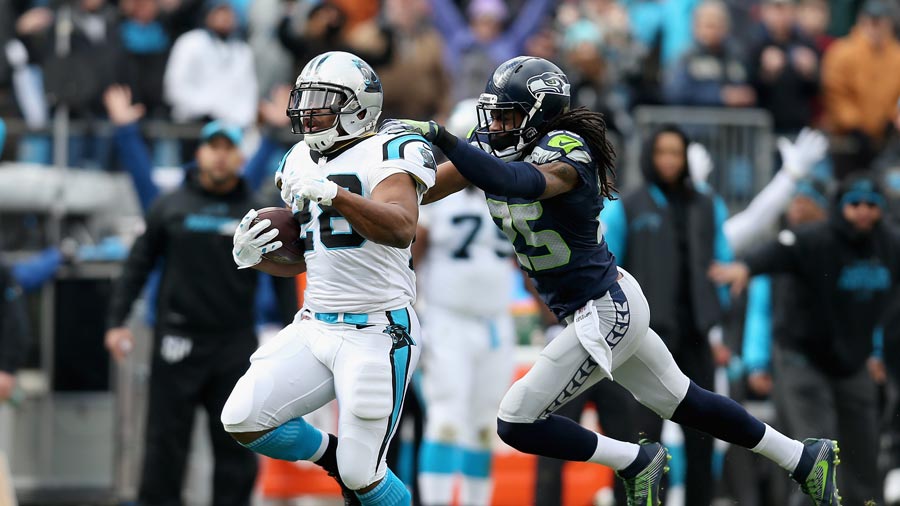 For OVER/UNDER bettors, the magic number set to start the Super Bowl 50 total betting is 46 at Mybookie.ag. Obviously, the way the Broncos’ D has been dragging down scores will be a concern here (Denver has 5 UNDER totals in its last 7 games, including two straight UNDERs in its two playoff games so far). But then again, they will be facing a Carolina team that has been hanging 30-plus points on teams like it’s a walk in the park and easily paying on the OVER side (Carolina has gone OVER in its two playoffs games this year). Against the Cards, for instance, the total lines closed at 47, a number many thought was high. Come the end of the game, Carolina had scored 49 points, singlehandedly taking the total OVER by two points. It would therefore not be a surprise if the total line continues to move up. After all, Manning showed signs that there is a bit of some strength left in his 39-year-old arms and legs, which should make the Broncos a decent offensive factor to consider in this clash.

A few things can change between now and the D-day of the Super Bowl 50 game, especially in regards to injuries. That said, all the indications right now point towards a highly-entertaining offensive clash between the quarterbacks, who were both #1 overall picks in their respective drafts—the first time two #1 overall QB picks face each other in NFL history. The fact that the game will also feature two of the best defenses in the nation (obviously with Denver having a slight edge) also presents an interesting battle in the trenches, while keeping in mind that the Panthers have the edge offensively.All in all, both teams have defied the NFL odds to reach here, so it’s going to be anyone’s game. Still, the Panthers look to have more balance on both sides of the ball, and their running game will be an important X-factor against Denver’s defense that is more skilled in pass rush. With that, the Panthers look most likely to pound their way to a win, with Newton claiming his first Super Bowl title, along with the NFL MVP honors and possibly the Super Bowl 50 MVP title.