NFL News and Rumors
The high-powered Carolina Panthers offense has led them all the way to the NFC Conference Championship, but they have also had a lot of help from a defense that is all too often overlooked. The Panthers defense will be put to the test in a big way this weekend when they have to go up against the might of the Arizona Cardinals. The game will be held at Bank of America Stadium in Charlotte on Sunday, January 24 at 6:40 PM EST on Fox. To view our NFL betting lines, click here.

“Focus in. We have a big one coming up…and we’re at HOME” » https://t.co/Dqjvtt0p1o pic.twitter.com/VK5gQceaSI

Bottling Up The Running Game

When you are playing against an opponent that has a great offense, you want to try and make them as one-dimensional as possible. The Panthers have been able to do that on a pretty consistent basis, thanks in large part to their ability to shut down the run. The Panthers were 4th best in the league against the run this season, giving up just 88.4 yards per game. They did even better than that against the Seattle Seahawks in the Divisional Round by holding their opponent to 78 yards on the ground.

Getting After The QB 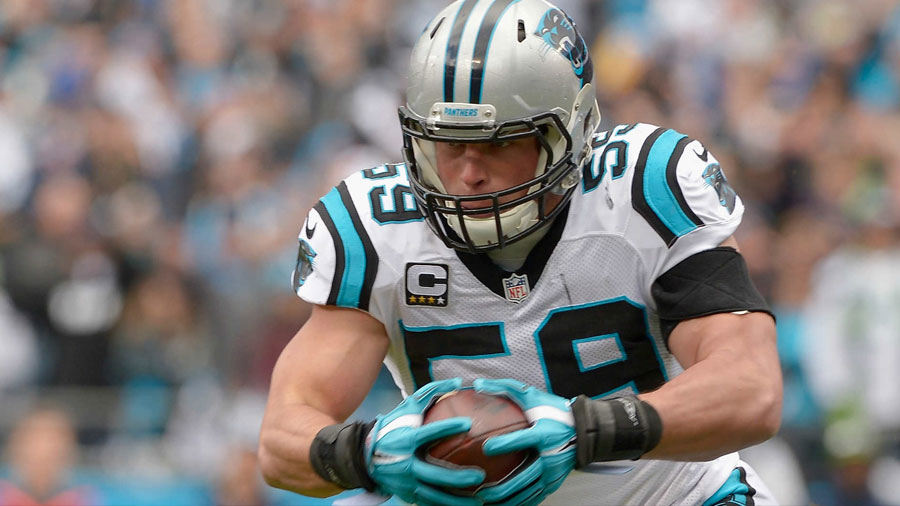 When you are able to stop the run in the way that the Panthers can, you then allow the defense to blitz in a big way. Carolina got to Russell Wilson of the Seahawks time and again last weekend, registering 5 sacks. Carson Palmer, the QB they will be facing in the NFC Championship Game, is nowhere near as mobile as Wilson is, which means he could be spending a lot of time evading tackles and throwing off the back foot. The Panthers gave up 322.9 yards per game this season, which was good for 4th in the NFL, and they only surrendered 19.2 PPG, which was good for 6th. They had 44 sacks in the regular season, and had Kawaan Short lead the way with 11.

There aren’t a lot of defensive guys who are able to demand the headlines like offensive guys do, but Luke Keuchly has propelled himself into JJ Watt territory with the way he has played this season. Keuchly led the team with tackles during the regular season with 118 tackles, 76 of which were of the solo variety. He carried that over into the postseason putting up 11 tackles against the Seahawks, and adding an interception for a TD for good measure. Keuchly is an absolute beast, and could well end up being the game changer against a very good Cardinals offense.
Older post
Newer post