NFL News and Rumors
After watching Cam Newton and the Carolina Panthers pound the snot out of Seattle in one half of their divisional round pairing two weeks ago – and completely dominate the Arizona Cardinals in their NFC Championship battle on Sunday – it’s no surprise that Carolina is opening Super Bowl 50 as decisive 4.5-point favorites to beat the Denver Broncos at most sportsbooks. To keep up with our Super Bowl 50 Odds just click here.

The matchup is set. We will be ready. #KeepPounding #SB50 » https://t.co/bBaB0W0R8B pic.twitter.com/FNnKE6fmT7

Who: Carolina Panthers (15-1) vs Denver Broncos (12-4)When: Sunday, February 7, 2015Kickoff: 6:30 PM ETWhere: Santa Clara, CAStadium: Levi’s StadiumSpread: Panthers -3.5Moneyline: Carolina -185 vs Denver +160Game Total: 43.5Watch: CBSOne sportsbook has Carolina listed as 5.5-point favorites while several others have installed the Panthers as faves anywhere between 3.5 and 5-point favorites. At mybookie.ag, we have the Panthers listed as 4.5-point favorites. No matter what the spread is, clearly, oddsmakers are expecting the Panthers to bring home the bacon.My personal feeling is that Carolina could have opened as 6-point favorites and many NFL gaming enthusiasts would still place their betting bucks on Carolina. The Super Bowl 50 Over/Under game total is set at 44.5 points. Newton and the Panthers completely dominated a very good Cardinals team en route to their stunning 49-15 win in the NFC title tilt while Denver fought off a desperate New England Patriots team in their exciting 20-18 AFC Championship game victory on Sunday. 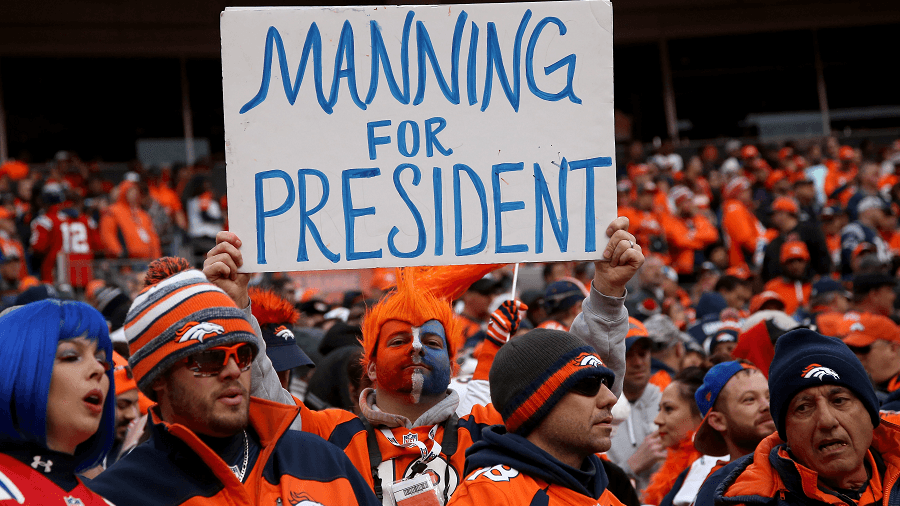