NFL News and Rumors
The Atlanta Falcons (5-0) were far from dominant in Week 5, but managed to keep their flawless winning record and hopes of reaching Superbowl 50 intact to the joy of their NFL odds fans, thanks to a pick-six in overtime that gave them a 25-19 home win over the Redskins. Meanwhile, the New Orleans Saints (1-4) continued to spiral down to disrepute,  suffering a shameful 39-17 Week 5 loss to the Philadelphia Eagles, a team that had struggled in scoring through the first four weeks of the season.

You can’t win it early. You’ve got to win it late. Tonight. #ATLvsNO https://t.co/nWFmeoQqkw

Seemingly headed in opposite directions and the mid-point of the season approaching, the two teams will meet this Thursday Louisiana for an online betting matchup. On one hand, the Saints hope to get their second win of the year to kick-start a turn-around. On the other hand, the Falcons look to pile more misery on New Orleans and maintain their unbeaten run. Which of the two NFC South rivals will be coming out on top at the Mercedes-Benz Superdome? Read on to find out…

Venue: Mercedes-Benz Superdome, New Orleans, LouisianaDate: Thursday, October 15, 2015Time: 8:25 PM ETTV: CBS/NFL NetworkNFL Lines: Atlanta (-3.5) at New Orleans (+3.5), OVER/UNDER 51Saints vs. Falcons NFL Betting Preview and Game AnalysisAgainst the Redskins, Atlanta’s usually explosive QB-WR combo of Matt Ryan and Julio Jones was largely a non-factor, as Ryan was held to just 24-of-42 passing for 254 yards, two interceptions and zero TDs, while Jones could only make five catches for 67 yards. That, however, didn’t matter, as second-year running back Devonta Freeman continued to flaunt his stellar offensive skills, posting a new career-high of 153 rushing yards, along with a running TD, while adding 44 yards through the air. 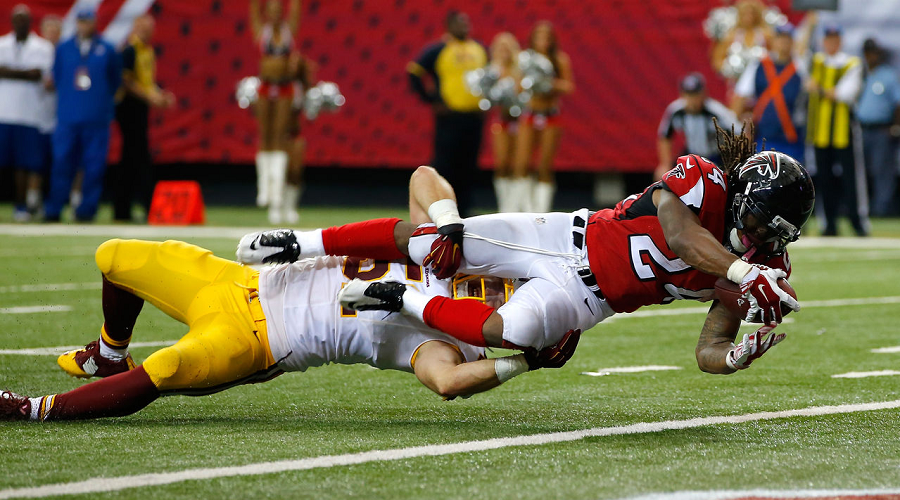 With an average 180 yards from scrimmage and a total of 7 TDs scored TDs in his last three games, Fantasy NFL betting enthusiasts certainly need to be on the watch on Freeman, who is likely to have a big game against New Orleans’ rushing defense that was sliced apart by DeMarco Murray and Co. on Sunday. 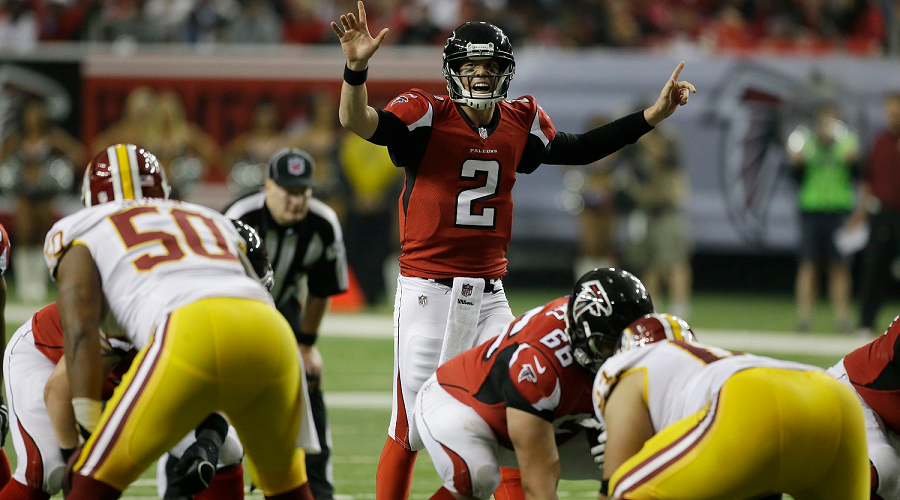 Given his pedigree, Ryan is also unlikely to struggle once again this week, so be on the lookout for a bounce-back week from him against the Saints who’ve mightily struggled in defending strong passers this season. This should be especially possible with the expected availability of Jones, who’s been nursing a hamstring injury, but is reportedly on track to play on Thursday. 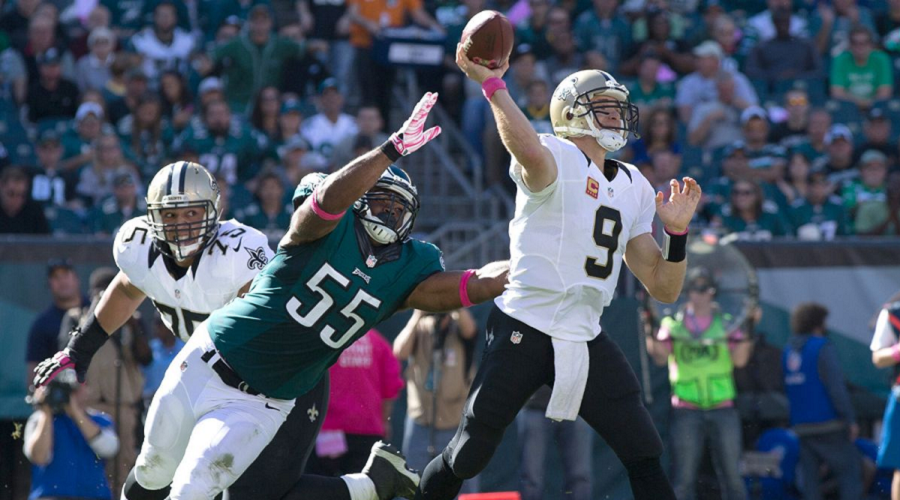 For the Saints, the biggest determiner for Thursday’s game will be the ability of the offense to improve. Averaging just 20 PPG in their five games this season, Drew Brees and his unit need to wake up in big way, considering the high-scoring nature of the Falcons this season. 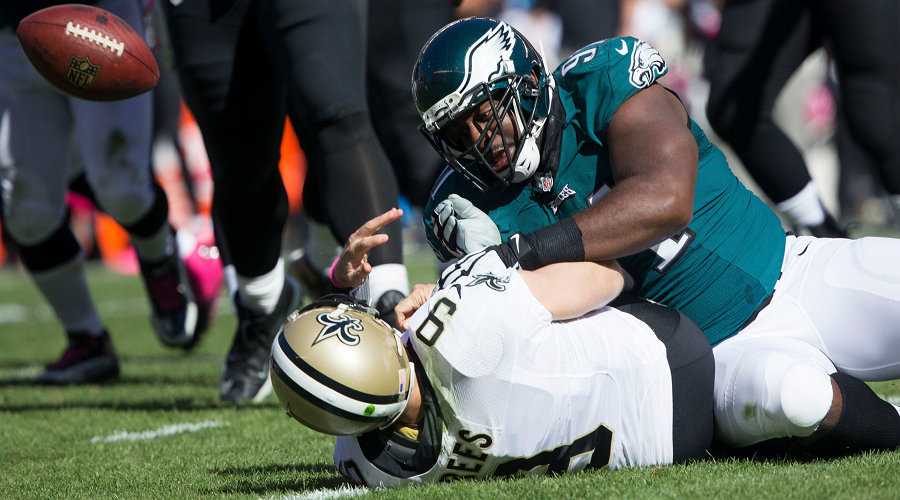 Against the Eagles, Brees decently threw for 335 yards and two touchdowns, but his performance was marred by the fact that he turned over the ball over three times in the second half, which gave the Eagles a chance to pull away with the game. A clean game from the veteran QB will be very essential if the Saints are to hang with the hot-rolling Atlanta. 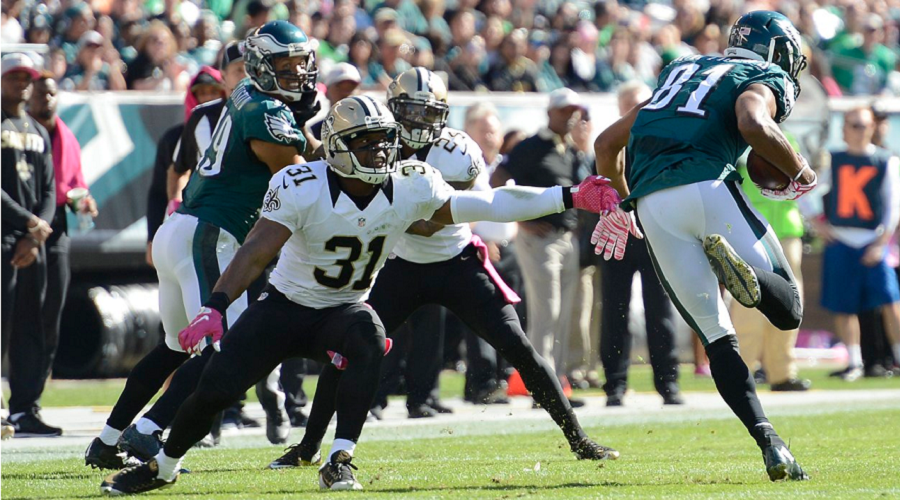 New Orleans’ running game, which hasn’t done much to support the aerial offense, will also need to get into character. The same goes for New Orleans’ defense that ranks just about the worst in the league. Jairus Byrd and Keenan Lewis are talented, yet have been all but on voicemail when called to duty, along with the team’s virtually non-existent pass rush unit. An overall turnaround and a motivated showing will therefore be very important from this D-line.Key Betting TrendsFalcons at Saints Game PredictionAt best, the Saints will give a decent performance that will shelter them from getting blown out. At worst, Atlanta’s lethal passing and running game will combine for a huge offensive performance to give the Saints a thrashing. Either way, Atlanta should be able to win and cover the cheap points, with the total most likely surging high enough for OVER.
Older post
Newer post