NFL News and Rumors
Following the end of the Divisional Round matchups, the race for the Super Bowl 50 title is now down to four teams. Interestingly, this year’s Conference Championship games will be contested between the top two seeds in each conference, with the #1 seed Carolina Panthers going against the #2 seed Arizona Cardinals in the NFC Championship game, and the #1 seed Denver Broncos battling it out against the #2 New England Patriots. This sets up a pair of intriguing matchups and a guarantee of a top-tier NFL betting showdown in the Super Bowl 50 game. In preparation for the all-important National Championship game, here is our brief take on the Super Bowl futures for each of the remaining four teams, including teams you should consider in your Super Bowl 50 NFL picks.

In many ways, the Cardinals were lucky to escape with the 26-20 Divisional Round home overtime win over the Packers last Saturday. QB Carson Palmer was quite shaky, throwing for 3 TDs but also racking up two picks. The defense also failed to do its job at the end of the game, allowing Aaron Rodgers to throw that miracle pass. Still, Arizona fans can take several positives from that game. For instance, that win marked the first time the Carss made it to the NFC Championship game since 2009. Also, Palmer earned his very first career postseason win. Beating the Panthers won’t be easy, unless the Cardinals up their up their game. Fortunately for them, the Cards have generally played better on the road than at home this season. In essence, that’s the reason Arizona has won its last five straight games on the road, including a terrific 7-1 mark on the road in this regular season (tied for the best road record with the Panthers). That being considered, along with the overall balance of strength in offense and defense, Arizona offers arguably the best NFL betting value to win it all if they can manage to beat the Panthers.

When a team is entering the Conference Championship game with a stellar 16-1 record and has won 12 straight home games (dating back to last season), only a fool would want to make a case against such a team. From the rudimentary look of things, there is a distinct possibility for this home winning streak to continue on Sunday. Nonetheless, I am a bit concerned about the lack of experience in the Panthers team and the fact that Carolina tends to take off its foot off the gas when it has big leads. This happened after leading the Seahawks by 31, allowing Seattle back to the game and resulting to a nervy 31-24 win. This also happened in the regular season against the Indianapolis Colts, Green Bay Packers and New York Giants. If that complacency continues, it could easily cost them either this week against the Cardinals, or in the Super Bowl 50 game, if they so happen to get there, leading to their eventual downfall. 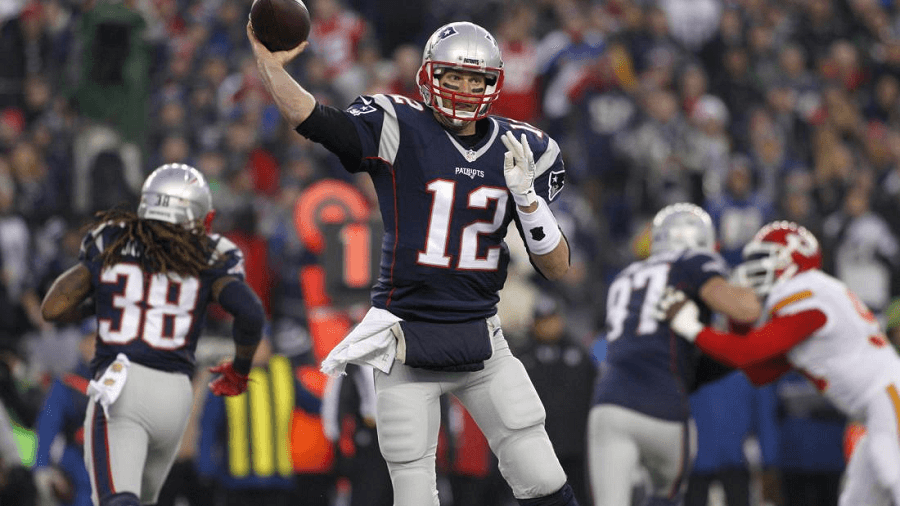 The Patriots are finally returning to full health in the offense, with Julian Edelman, Rob Gronkowski and Danny Amendola all being on the field for the first time in a while during last Saturday’s win over Kansas City. This is a big motivation for the Patriots to go the distance, given the many positive betting trends when the three players are on the field. To mention a few, the Pats went a perfect 11-0 this season when Edelman plays and 2-4 when he doesn’t. Also, since 2011, the Pats are 38-8 SU and 29-17 ATS when both Edelman and Gronk catch a pass in the same game. Betting trends aside, having a future Hall of Fame quarterback in Tom Brady and a stellar head coach in Bill Belichick at this time of year offers a huge edge against any type of opponent. Plus, the Patriots are very popular team, and with their history of success (including winning last year’s Super Bowl), it makes sense that the public is betting heavily on them to repeat as champions, like they did around 10 years ago. Even so, the Patriots will need to clean up their act defensively and find a way of mustering some running game in the absence of their top two backs, Dion Lewis and Lagarrette Blount, if they are to win it all.

Worryingly, the Broncos will just be the twelfth team since 1980 to be a home underdog in a Conference Championship game. And since 1993, such home teams have lost on 6 of 8 occasions. This doesn’t orient a lot of confidence in the Denver team that failed to take advantage of Pittsburgh porous defense, with Peyton Manning showing no signs of improving his iffy play from the regular season. In fact, in all honesty, the extremely banged up Steelers were the better team for the first three quarters of that contest, and hadn’t they collapsed in the fourth quarter, they’d be playing the Patriots this week. That said, the Broncos running game has improved, averaging 131.6 rushing yards per contest after struggling in the first nine weeks of the season. Also, despite not throwing for a touchdown against Pittsburgh, Manning managed to stymie the Black and Gold with his masterful play calling and game management, something that could prove pivotal for the Broncos this week or even in the Super Bowl if they somehow sneak their way into it. Above everything, the Broncos have a #1 defensive efficiency in the NFL, which has been the team’s bread-and-butter for most of the season. And after all teams in the Divisional Round matchups won their games MAINLY due to the strength of their defensive units (particularly towards the end of the games), it would be inconsiderate to totally write off the Broncos from the Super Bowl conversation. In my professional opinion, though, I would advise you to steer clear of the Broncos in your Super Bowl 50 picks, for now, given their mega struggles in their offense that are highly likely to be exposed sooner rather than later.
Older post
Newer post