NFL News and Rumors
Young quarterback Teddy Bridgewater and the upstart Minnesota Vikings will look take down Russell Wilson and the ‘serious’ Seattle Seahawks when they square off in their NFC Wild Card betting showdown on Sunday at 1:05 PM ET, live from TCF Bank Stadium in Minneapolis. The Vikes are back in the postseason for the first time since 2012, but they’re task is a ‘toughie’ as they try to stop the Seahawks from becoming the first team to make three consecutive Super Bowl appearances in the salary cap era. Now, let’s find out if Bridgewater and company will pull off the upset over their more experienced postseason counterparts.

When: 1:05 PM ET, Sunday, January 10, 2016Where: TCF Bank Stadium, Minneapolis, MinnesotaNFL Odds: Seattle -5.5O/U: 40Oddsmakers currently have the Seahawks listed as 5.5-point favorites after opening as a 4.5-point road fave versus the Vikings. The game’s O/U total is sitting at 40 after opening at 42.

FAN Q: What are the #Vikings keys for flipping the script against Seattle? PICK 6: https://t.co/vRtfJXllul pic.twitter.com/t5Sv7lR5GR

There are several good reasons to back Minnesota in this contest (11-5 SU, 13-3 ATS), starting with the fact that they’re playing at home where they went 6-2 SU and ATS. Another good reason to back Minnesota is their outstanding defense. The Vikes finished the regular season ranked 13th in total defense (344.4 ypg) while finishing in the middle third against the run and pass. However, when it came to giving up points, Minnesota ranked a stellar fifth in points allowed (18.9 ppg).The Vikings also have the incomparable Adrian Peterson at running back and the future Hall of Famer is the type of play maker that can change the outcome of any game with a couple of game-changing runs. Despite missing virtually all of the 2014 season, Peterson returned this season to lead the NFL in rushing with a stupendous 1,485 yards. Last but not least, Minnesota has been playing solid football at just the right time, winning three straight to close out the regular season while covering the spread in four straight.The Vikings offense is averaging 22.8 points per game (16th). Teddy Bridgewater has completed 65.3 percent of his passes with 14 touchdowns and nine interceptions. 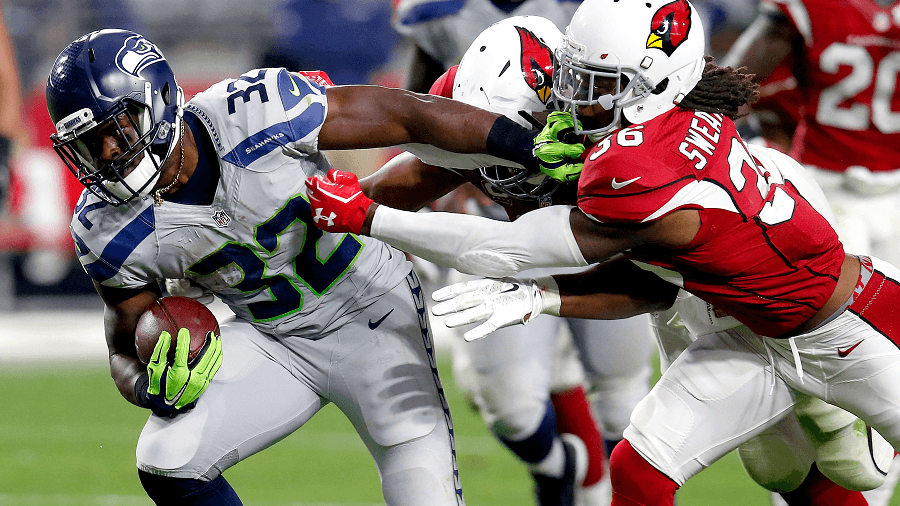 The first reason to back the Seattle Seahawks (10-6 SU, 8-7-1 ATS) is that they’re playing their best football of the season at just the right time. The Seattle Seahawks finished the regular season by winning six of their last seven games including their emphatic 36-6 beatdown over Arizona in their finale. The Seahawks also routed Minnesota 38-7 in Week 13 to cash in as a 2.5-point road dog.Another great reason to back Seattle is the absolutely jaw-dropping play of quarterback Russell Wilson. In just his fourth season in the league, Wilson finished the season as the NFL’s top-rated passer (110.1). Over the final seven games, Wilson completed an incendiary 71 percent of his passes while throwing an insane 24 TD passes against just one interception.Thanks mostly to Wilson’s incredible season and their powerful rushing attack (141,8 ypg, third), the Seahawks offense ranked fifth in scoring (26.4 ppg). Making things even better for the Seahawks is the fact that they’ll have superstar running back Marshawn Lynch back on the field for this contest after missing the last seven games.Last but not least, Seattle was an absolute monster once again defensively, The Seahawks ranked second in total defense (291.8 ypg), second against the pass, first against the run and first in points allowed (17.3 ppg). Linebacker K.J. Wright leads the Seahawks defense with 116 tackles while fellow backer Bobby Wagner has 114 tackles, Veteran defensive lineman Michael Bennett recorded a team-high 10 sacks.

I can see why 42 percent of the betting public believes the underdog Minnesota Vikings will cover the spread as 5.5-pont home dogs, but I’m going t urge you to roll with the 58 percent of public bettors that like Seattle to get the outright road win and accompanying ATS coverI know the Vikings are 4-1 ATS in their last five playoff games and 20-8 against the spread against the NFC counterparts, but the Seattle Seahawks are 6-1 ATS in their last seven games, 4-1-1 ATS in their last six road games and a bankroll-boosting 18-7-1 ATS in their last 26 road games against a team with a winning home record.While both of these teams have excellent defenses, Russell Wilson is clearly in a different class of quarterbacks than Minnesota’s Teddy Bridgewater and that will be the difference in this contest as Seattle narrowly covers the spread.My Final score prediction: Seattle 24 Minnesota 14
Older post
Newer post