NFL News and Rumors
If you like to take the guesswork out of your NFL betting selections and you simply like to pick straight-up (SU) winners, then you’re in for a treat thanks to this expert SU betting analysis on Sunday’s NFC Wild Card pairing between the Minnesota Vikings and Seattle Seahawks. With Minnesota looking to get their first playoff win since 2009 while simultaneously stopping the Seahawks’ bid to reach three straight Super Bowls, let’s find out which team is going to get the outright win. The Vikings and Seahawks will square off on Sunday at 1:05 PM ET, live from TCF Bank Stadium in Minneapolis.

When: 1:05 PM ET, Sunday, January 10, 2016Where: TCF Bank Stadium, Minneapolis, MinnesotaNFL Odds: Seattle -5.5O/U: 40Oddsmakers currently have the Seahawks listed as a -225 favorite against the Moneyline while the Vikings can be had at +190.

The #Vikings are one of four fresh faces in the playoffs this year. MORE: https://t.co/VbrxQ6Uf5y pic.twitter.com/engGvE8W3I

The Vikings (11-5 SU, 13-3 ATS) went 6-2 SU at home this season so that would be the first reason to back them to win outright. The Vikes won their last two home games during the regular season but it should be noted that Minnesota is just 2-2 SU over its last four home dates.Minnesota also has a stingy defense that ranked an imposing fifth in points allowed (18.9 ppg) and that’s another great reason why they could get the outright win at home. Another good reason to back Minnesota is the fact that home teams have gone 138-118 this season to cash in as a straight-up pick 53.9 percent of the time.Last but not least, with the forecast for this contest calling for freezing temperatures, it’s a realty that the weather could help stifle Seattle’s suddenly explosive offense, thereby giving the Vikings a better chance of pulling off the home upset. The Vikings offense is averaging 22.8 points per game (16th). 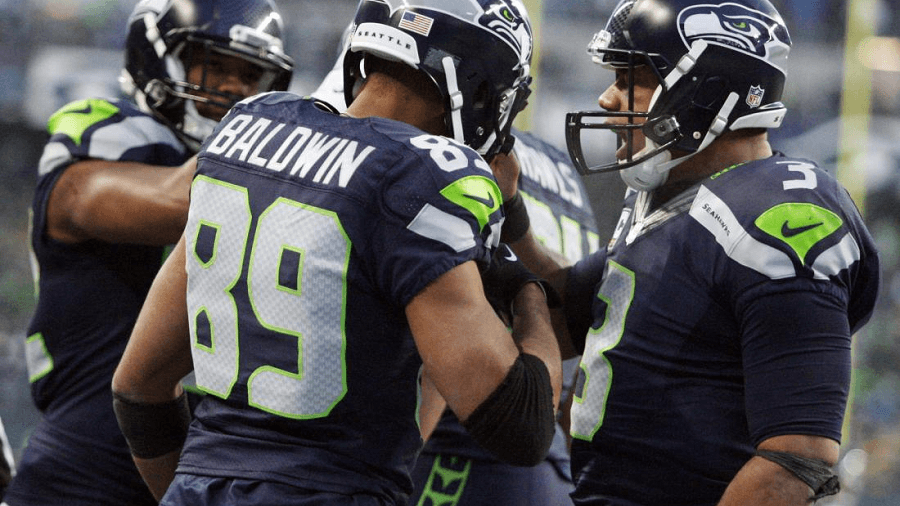 The first reason to back the Seattle Seahawks (10-6 SU, 8-7-1 ATS) to win this game outright is the fact that Russell Wilson and company have gone 5-0 SU over their last five road dates after losing their first three road contests during the regular season. The Seahawks absolutely blasted the elite Arizona Cardinals off the field in their overwhelming 36-6 regular season road win in their finale and have the look of a very focused team right now.Another great reason to back Seattle is the phenomenal play of quarterback Russell Wilson. The Seattle signal-caller closed out the regular season as the NFL’s top-rated passer (110.1) while tossing a mind-boggling 24 touchdown passes against just one interception over his final seven games.The last – and likely the best – reason to back Seattle to get the outright road win is the fact that Seattle is back to playing ‘lockdown’ defense. After struggling mightily early on, the Seahawks got super stingy on defense to finish the regular season ranked second in total defense (291.8 ypg), second against the pass, first against the run and first in points allowed (17.3 ppg).

Seattle is 7-3 SU over its L/10 road games and 13-7 SU over their last 20 road games, but the real reason to pick them to take down the Vikes and win this game outright is the fact that they’re much more experienced as far as the postseason is concerned, not to mention the fact that they also have the big edge at quarterback with Russell Wilson being light years ahead of Minnesota’s Teddy Bridgewater.58 percent of public bettors that like Seattle to get the outright road win and accompanying ATS cover, but I believe that figure is somewhere around 70 percent as far as bettors that like the Seahawks as the SU pick.Keep it simple and back the red-hot Seahawks to take down their talented, but far more offensively-challenged counterparts in this contest.My Final score prediction: Seattle 24 Minnesota 14
Older post
Newer post