NFL News and Rumors
Kirk Cousins and the Washington Redskins would like nothing better than to hand Cam Newton and the Carolina Panthers their first loss of the NFL betting season so Cousins can utter his now-branded, ‘You like that?’ line following what Washington hopes will be arguably the biggest upset this season.Of course, accomplishing their task against the ‘ugly’ Carolina Panthers will be a lot tougher than expected with the Panthers gearing up for their late-season playoff push that they hope lands them the No. 1 seed in the NFC playoffs.Now, let’s find out if the Skins have what it takes to pull off the big upset.

Washington beat Drew Brees and the reeling Saints like a bunch of rag dolls en route to a convincing 47-14 win as a 1-point road dog as Kirk Cousins completed 20 of 25 passes for 324 yards and four touchdowns while finishing with a perfect passer rating of 158.3.“You have a perfect passer rating you’re going to be pretty good,” head coach Jay Gruden said. “I think the offensive line did a good job. I think players took some short passes, turned them into big plays for him. He delivered the ball with efficiency, with great decision making and the results were outstanding obviously.”“He’s growing as a quarterback and a leader,” Redskins nose tackle Terrance Knighton said of Cousins. “He’s playing with a lot of confidence right now.”Veteran running back Alfred Morris rushed 15 times for 92 yards while fellow running back Matt Jones caught three passes for 131 yards and one score.Defensively, Washington also picked off Brees two times and sacked the future Hall of Famer on two other occasions. For the season, Cousins has completed an impressive 67.9 percent of his passes for 2,278 yards with14 touchdowns and nine interceptions. Washington is ranked 18th in scoring (22.8 ppg) and 16th in points allowed (23.2 ppg).

The Panthers are making winning ‘ugly’ an art form this season. Carolina was at it again in their 27-10 Week 11 win over rookie quarterback Marcus Mariota and the Tennessee Titans to easily cover the spread as a 3.5-point home favorite.“We just understand that guy is capable of putting up big numbers and he’s shown it,” Panthers linebacker Thomas Davis said. “We know they’re a much different team when he’s in the lineup and we knew we had to be on our A game today.”Newton completed a blistering 21 of 26 pass attempts for 217 yards and one touchdown while rushing nine times for 23 yards and another score. Veteran running back Jonathan Stewart rushed 22 times for 91 yards and an additional score and the Panthers limited Mariota to 185 passing yards with no touchdowns and one pick.“We feel that it (was) a trap game,” Newton said after completing his first 11 passes against Washington. “We’ve had game after game where the stakes were high and they’re going to get higher each and every week. We knew we had to start fast as an offense.”For the season, Newton has completed 56.3 percent of his passes for 2,037 yards with 15 touchdowns and nine interceptions. Newton has tossed six touchdown passes over his last three games. 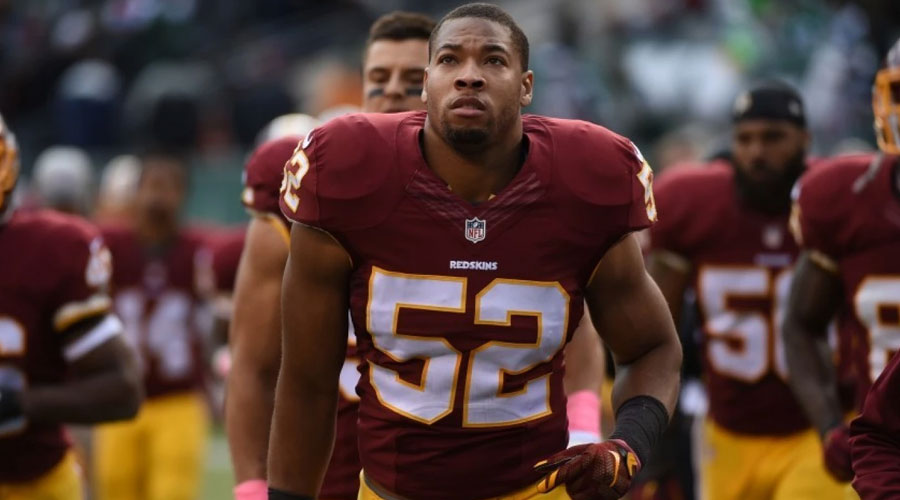 Only 49 percent of public bettors like Carolina to get the ATS cover in this contest, but I’m clearly among them!Carolina has found a way to win every game this season, even against elite teams like Seattle and Green Bay and I just don’t see them slipping up against a mediocre Redskins team that a lot of people have apparently forgot, still has a losing record.Kirk Cousins has gone a couple of games without one of his patented two-interception games, but I say that streak is about to come to an unceremoniously end against Carolina’s stupendous defense which ranks second in turnover margin at plus-eight.The Redskins have compiled a dismal 7-15 ATS mark in their last 22 games and are just 1-4 ATS in their last five games following an S.U. win and 1-5 ATS in their last six road games.Conversely, Carolina has gone a perfect 4-0 ATS in their last four games against their NFC counterparts and a near-perfect 5-1 ATS in their last six games overall.I know the road team in this series is 8-2 ATS in the last 10 meetings and that the underdog has gone 9-1 ATS in their last 10 meetings, but it won’t matter this time around with Carolina going 5-2 ATS in their last seven games versus a team with a losing record and 9-4-1 ATS in their last 14 home games against a team with a losing road record.Mark my words, Kirk Cousins will not be able to utter his now infamous, ‘You like that…you like that?” line after the conclusion of this Week 11 matchup!