NFL News and Rumors
With Week 14 of NFL betting is in the books and, with just three more weeks to go before we bid bye to the 2015 regular season, the NFL playoff picture couldn’t be any clearer than it is right now. In the NFC, the majority of the spots are secured, especially at the top, with the major drama being witnessed only in NFC East which is still opening for the taking.

Denver can clinch a playoff berth with a win over the Steelers, and loss for the Chiefs would give the Broncos the AFC West title. For Pittsburgh, the team needs to win this game, and probably win out its three remaining games to clinch a playoff spot.

Like the Steelers, the Raiders need to win out to claim a spot in the postseason games. For the Packers, a win over the Raiders and a bit of some help from the rest of the Week 15 games (i.e. if the Buccaneers and Redskins both lose, or if the Bucs and New York Giants both lose) will see them through to the playoff. Interestingly, a 0-3 finish by the Packers could see them out of playoff contention.

With both divisional rivals at 6-7, and both of them looking likely to start backup QBs in the quest for AFC South title, it can’t be stressed enough how big this game will be.

Yes, the Falcons are still in the playoffs despite winning just one of their last 8 games, and unlikely as it seems, a 3-0 finish to the season could sail them into the playoffs. At 5-8, the Jags are still capable of winning the AFC South, but they’ll need to win this game to keep those hopes alive. The loser of this game is all but guaranteed to be out of the playoff hunt.

• Thanks to their win on Sunday against Houston, the Patriots officially clinched the AFC East title and a playoff spot. The Pats will clinch a first round bye this week with a win or loss by the Broncos.• The Andy Dalton-less Bengals can clinch the AFC North with a win this week, or a loss by the Steelers• Along with the Texans and Raiders, the AFC East pair of Buffalo Bills and Miami are still mathematically alive for a wild card spot, but any loss for them this week will make it a three-team race between the Chiefs, Jets and Steelers.NFC Playoff Standings Entering Week 151. Carolina Panthers (13-0)2. Arizona Cardinals (11-2)3. Green Bay Packers (9-4)4. Washington Redskins (6-7)5. Seattle Seahawks (8-5)6. Minnesota Vikings (8-5)Other contenders: Atlanta Falcons (6-7), Tampa Bay Buccaneers (6-7), New York Giants (6-7), Philadelphia Eagles (6-7), Dallas Cowboys (4-9)

The seven-game streaking Cardinals have already clinched a playoff berth and a win over the Eagles would clinch the NFC West title. The Eagles, meanwhile, are in a three-way tie atop the NFC East, hence need to win to keep the divisional title hopes alive.

There are various scenarios that can play out for Tampa Bay to make the postseason as an 8-8 or 9-7 team, but that means they can’t afford to lose this week. At 5-8, the Rams are realistically out of the playoff hunt, though some mathematicians may have something to say about that.

Ryan Fitzpatrick and the 8-5 Jets are in the postseason field, but must take of business against Matt Cassel and the Cowboys to ensure that the surging 8-5 Steelers don’t overtake them. The Cowboys are technically out, though a 3-0 finish and a ton of help could see them miraculously sneak into the playoff.

Both the Bills and Redskins have identical 6-7 records, but it is the Bills who stand most to lose this week, as they are two games back of a wild card spot and could be bundled out of the contention with a loss this week. The Redskins, meanwhile, are jointly leading the NFC East, and must continue to win because that’s the only viable way for them to make into the postseason games. 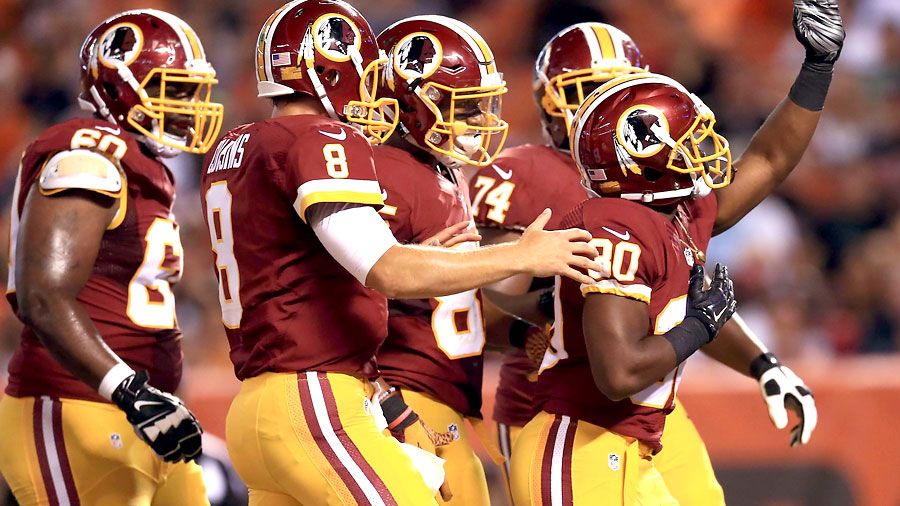 The Vikings can’t afford to throw away any more opportunities for much-needed wins. They are still mathematically in the thick of things, but must win out and get some outside help to seal a postseason berth. More-or-less the same story goes for the Bears, who are coming off back-to-back home losses, and have all but pissed off their chances of ending their playoff drought.Other Notable AFC Playoff Scenarios:• The Panthers have already clinched the NFC South and a first round bye, and If they win this week (or the Cardinals lose), they’ll clinch home field advantage.• A win for the Cardinals or a loss by the Seahawks loss clinches the NFC West for Arizona. If the Packers lose this week, the Cards will also clinch a first round bye.• The NFC wild card race is realistically down to the Seahawks and Vikings both locking those slots down. Mathematically speaking, the Eagles, Giants, Buccaneers and Falcons are all yet live, but from the look of things, none of those teams will make the wild card. Of course, the Eagles and Giants are both still alive in the NFC East race, so there is a bit of some reprieve for them.
Older post
Newer post