NFL News and Rumors
It was a magnificent year in the desert, as the Arizona Cardinals put together a 13-3 season that was the best in franchise history. Unfortunately, that was not enough to get them the top seed in the NFC, but it was enough to have them as one of the favorites to win the tittle according to the latest Super Bowl betting odds. They have now been installed as THE favorite at 3-1 as the Divisional Round approaches. The Cardinals will host the Green Bay Packers in the Divisional Round this coming weekend, and come in as 7-point favorites. There are a number of reasons why they are favorites for this game and beyond, so let’s take a look at a few of them.

Bruce Arians, The Captain of the Cardinals Ship

You have to give a lot of credit for the success of the Cardinals to coach Bruce Arians. He has turned Arizona into an offensive juggernaut, and he has led them to 34 wins in the 3 seasons that he has been there. Injuries killed this team last season, but they are healthy and ready to go this time around. Arians will have this team well prepared for anyone they have to face, as that has been his MO since arriving in Arizona.

What are Arizona’s Keys to NFL Betting Success

While it is the offense that has received most of the accolades this season, the Arizona defense has also been doing its thing, particularly in the secondary. The loss of Tyrann Mathieu could have been devastating, but all it did was highlight the depth of this team at just about every position. This is a team that has a solid group of veterans all over the field. These are not just guys who are good in the locker room, though, as they are all contributing to the cause at a very high level. Larry Fitzgerald, Dwight Freeney, Carson Palmer, and a handful of other experienced guys have all played a major role in getting this team where they are right now. 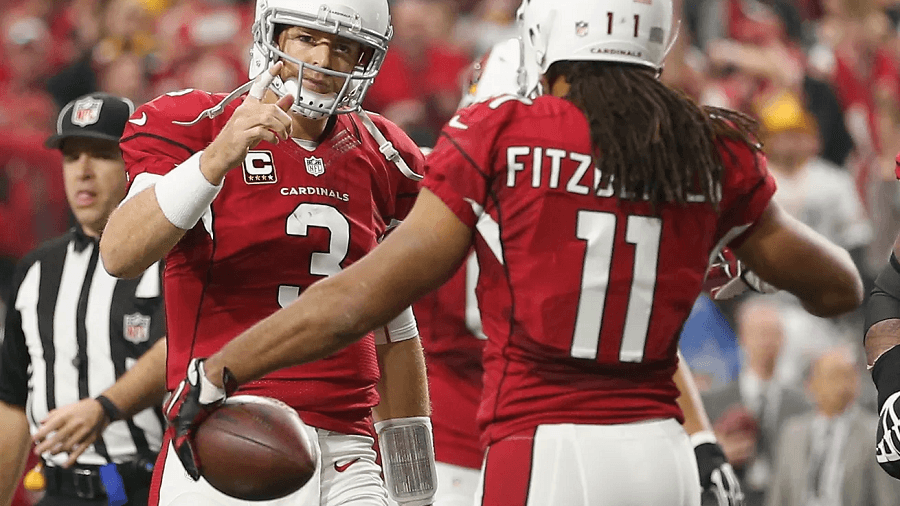 If you had to pick out just one player from that veteran group, it would have to be Carson Palmer. After tearing his ACL last season, there were many people who believed his skill set would diminish pretty rapidly in 2015. That has not been the case at all, as Palmer has put together one of the most productive seasons of his career. He has not shied away from staying in the pocket and taking a hit, and his leadership skills are also undeniable.

Finally, this is a team that has shown that it loves to be on the big stage this season. They had 5 prime time appearances this season, and they came away from them with a perfect 5-0 record. They might just be ready to put together 3 more big wins, which makes them a very solid bet at 3-1 to Win Super Bowl 50.
Older post
Newer post