NFL News and Rumors
It’s arguable whether the fifth-seeded Green Bay Packers will be able to repeat last week’s performance when they meet the second-seeded Arizona Cardinals in an NFC Divisional Round tilt this weekend, but you’d certainly agree that Aaron Rodgers and his Packers showed some really promising signs of a team capable of frustrating any opponent in this year’s playoffs. As a matter of fact, based on the following reasons, we believe that the Packers will be able to upset the NFL odds by beating Arizona this Saturday.

In the NFL lines, entering a big game on a winning momentum is usually crucial, particularly in motivating players and giving them confidence in their abilities. And momentum is something the Packers have in plenty after they beat the Redskins on Sunday. Trailing by 11 points late in the first half of the game against Washington, Rodgers led a come-back as he threw for two touchdown to Davante Adams and Randall Cobb, and then running backs Eddie Lacy and James Starks each scored a touchdown on the ground, underlining the fact that the Packers still have a solid attack, balanced enough to give the Cardinals a run for their money. On defense, Green Bay’s pass rush was also present in the team’s wild card win over Washington, sacking Washington’s QB Kirk Cousins six times and disrupting his passing game repeatedly.Meanwhile, Arizona was flattened down by the Seahawks in the Week 17, with Cardinals coach admitting that his squad was utterly outclassed on both sides of the field. So, although the Cardinals gave the Packers a beatdown when the two teams met in Week 16, there is definitely a possibility that Arizona’s QB Carson Palmer and his unit could be in for a long afternoon this coming Saturday, more so if the Packers build on their momentum and take advantage of Arizona’s hangovers from the Seattle loss.

Looking at the regular season numbers from Rodgers and Palmer, it is obvious that the Cardinals signal-caller had a much better season that Green Bay’s franchise QB. NFL bettors must, however, be cautious of trusting Palmer and his team too much. Palmer is playing just his first postseason game since 2009 and he is worryingly 0-2 in his playoff appearances, while the Cards have had some concerning results in their postseason appearances (including last year’s playoff campaign). On the flipside, Rodgers and his team are perennial Super Bowl contenders and the Packers know what it takes to win games even when they are not playing their best, something that is affirmed by Green Bay’s NFC Championship appearance in last season’s playoffs and near win in that title game, despite Rodgers playing with one injured leg. Keeping that in mind, the experienced Rodgers and his unit could be due for a big upset over the inexperienced Cardinals.

Been there, Done That…

The fact that Packers are coming into this game as a Wild Card team has seen many bettors doubt their abilities, with most of them preferring to wager on the top-seeded teams like Arizona. There is obviously nothing wrong with doing that, but while you plan to pound hard on the Cardinals in the NFL betting lines, do remember that the Packers were the 6th seed five years ago yet they went on all the way to the National Finals and won the Super Bowl. Going on a similar run this year, especially now that they are motivated from beating Washington and they don’t have the pressure of playing as favorites, should thus be very possible for them. 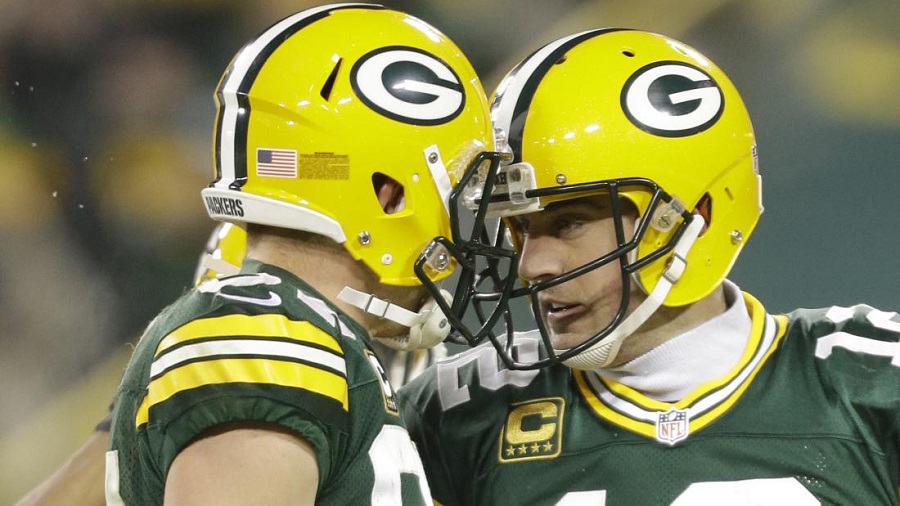 The Cardinals have obviously been one of the most consistent teams in the NFL lines this season, especially when playing at home. But after getting annihilated in Week 17 by the Seahawks in Arizona, you have to wonder if that was just one time thing, or it is a foreshadow of what is to happen this week. On the flip side, the Packers have been the definition of inconsistent and their road performances on the season have been a far cry of how shaky they are when playing away from the Lambeau. A good case in point is their 38-8 Week 16 drubbing at the hands of this same Arizona team they’ll be meeting. But then again, Green Bay played one of its most complete games of the season last week, outclassing the Redskins to the tune of 35-18 for a convincing road win. Does that mean the Packers are back to their best or was that just a smokescreen to their burnt-up season that is about turn into ashes this week? Knowing Rodgers and his tendency to give his best in the playoffs, we are inclined to believe in the former reason.Plus, although Arizona’s coach Bruce Arians is the reigning coach of the year, Packers coach Mike McCarthy is impressively 94-49-1 record in his nine seasons (excluding this year) with Green Bay, including a Super Bowl title in the 2010 season. In fact, McCarthy’s .656 career winning percentage is only second to New England’s Bill Belichick among active coaches, which brings a lot of pedigree to the Packers this weekend. With all the above being duly considered, the Packers should be very capable of upsetting the beatable Cardinals.
Older post
Newer post