NHL Betting News
In order for a team to be the best in the league and dominate all others, they have to find a balance that makes them strong in every single department. It’s a tough task to maintain over the course of an 82-game schedule, but it is something that the Montreal Canadiens have managed to do through the first month of the NHL betting season. They will look to continue their strong start when they host the Boston Bruins on Saturday night.

The Montreal Canadiens have revealed their Winter Classic jerseys. or ? https://t.co/sPm2hZwJ0e pic.twitter.com/xzxEllZTll

The Montreal Canadiens (12-2-1) have made an incredible start to the season, and they kicked things off with a 9-game winning streak where they were almost untouchable. Things have gone off the rails a little of late, as they are 3-2-1 in their last 6. Despite that minor bump in the road, they are still either first or second in all the major stats. Most importantly, they are number one in goals for and against, which is an almost perfect balance that makes them incredibly tough to beat. We all knew that with Corey Price in net that they were going to be solid in the back, but I’m not sure everyone was convinced that they would be an offensive powerhouse. They are getting scoring from just about everyone, and already have 9 players that have amassed double digit points through the first 15 games. The Canadiens have built up a 9-point lead in the Atlantic Division, and are totally dominant at home with a 6-0-1 record. 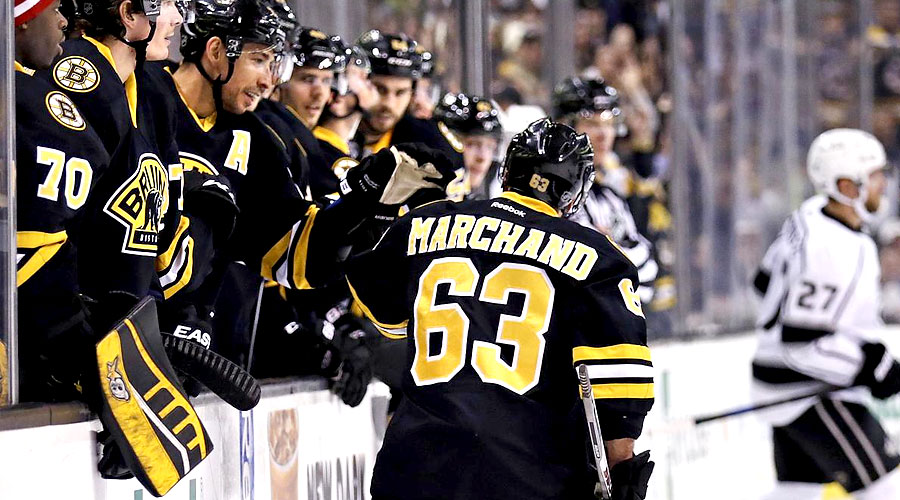 The Boston Bruins (6-5-1) have had what can be best described as a roller coaster start to the season. They got things started by losing their opening 3 games, but then turned things around by winning 6 of their next 7. They now appear to be back on the slide, as they will be coming into this one with a 2-game losing streak in tow. The Bruins problems are pretty plain to see, as they have a defense that is letting them down pretty badly. They are second in goals per game average with 3.6, but are down near the bottom of the standings in goals against average. Their penalty kill unit is dead last in the league, which could be a major problem against a very good Canadiens power play unit. Boston is still hanging around with the chasing pack in the Atlantic Division, but they are going to have to tighten up defensively if they are to remain there the entire season.

Montreal has dominated the recent match-ups with the Bruins, and are coming into this one having beaten them 6 straight times. This game has the possibility of becoming a shootout, and it will be the Canadiens defense that will be the difference as Montreal edges the win.
Older post
Newer post