NHL Betting News
There is always the hope that the arrival of a hot young prospect via the draft will give a team a bit of a boost. The reality is that it takes more than a single player to revive the fortunes of a struggling team. Connor McDavid and Jack Eichel landed with the Oilers and Sabres, respectively, and the results have been mixed. McDavid is now out with a long term injury, while the Sabres are starting to show some real signs of life. Buffalo will welcome in the Dallas Stars on Tuesday night, as they look to continue their good run of form.

Then this happened on Saturday. #ROR We’re back in action tomorrow vs. Dallas. 6:30pm pregame on MSG. pic.twitter.com/qhDyx7YDqH

The Sabres (8-8-1) knew that they were going to get a lift from the arrival of the much-heralded Eichel, but they also knew that they were likely missing too many pieces to be considered a serious playoff contender. For Buffalo, though, this season is more about taking a step forward and getting better than anything else, and they are finally starting to do that. The month of November has seen them post a very respectable 4-1-1 record, and while the goals are still not coming as often as they would like, they are finding ways to win the tight games that they were consistently losing earlier in the season. Eichel is finally starting to look comfortable, and has posted 9 points (6G 3A) so far. Those are not gaudy numbers, but when you consider that Buffalo is only on a 2.3 goals per game pace for the season, you see that they are also not particularly disappointing either. 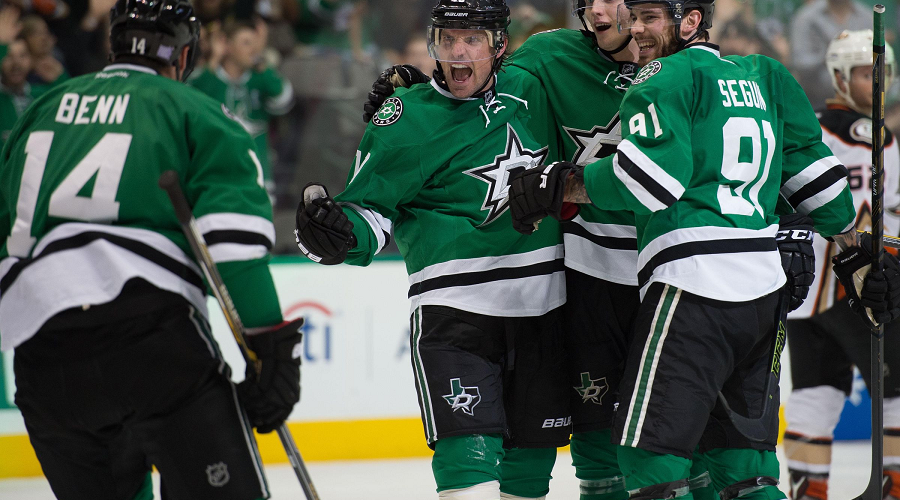 That Buffalo defense is going to be given one of its toughest tests of the season when the Dallas Stars (14-4-0). The Stars have been an offensive powerhouse this season, and are averaging a ridiculous 3.6 goals per game, which just happens to be the best in the league. They do still have some defensive issues, though, as their 2.6 goals per game against has them in the bottom half of the defensive standings. In the last 10 games, only 1 team has been able to beat the Stars, with the Toronto Maple Leafs pulling off that difficult feat twice during that stretch. That may suggest that the Stars play down to the level of their opponent at times, which is why they will need to be at their best to overcome what should be a tight, well-organized Buffalo defense.

If the Sabres are to get anything out of this game, they are going to have to take advantage of their power play opportunities. Buffalo is currently 4th in the league in PP efficiency, and can use that to their advantage if given the chance. At the end of the day, though, Dallas should be too strong, and should get the win.
Older post
Newer post