NHL Betting News
While many NHL betting observers expected the Dallas Stars to contend for the postseason this year after struggling on the back end last season, the Stars have roared out of the gate to a 17-4-0 start, the best in franchise history, and show no signs of slowing down. To get a sense of just how the Stars are accomplishing their terrific wins, let’s take a look at their most recent win, a 3-0 stomping of the Buffalo Sabres on Saturday night.

IT’S GAME DAY! The #Stars take on the Senators tonight at 7:30 on @FOXSportsSW Plus. PREVIEW:https://t.co/tVuqo5NGZv pic.twitter.com/5RnfTA9ijg

Antoine Roussel has not been among the team’s points leaders this season, but that didn’t keep him from pouring in a key goal on his birthday. Jamie Oleksiak had to come off the scratch list to play his fifth game of the season. He contributed three big hits, dropped the gloves for a fight to motivate the team and took a key penalty in the third period that allowed the Stars to add an insurance goal. There was the power play, which only mustered two total shots over four minors in the first two periods, only to put six shots on net during one minor in the third period, giving the team that big goal.There was also Antti Niemi, turning aside all 22 of the shots he faced to notch his 34th shutout in the NHL. Jamie Benn tallied two more goals, adding to his NHL-leading total of 14. Those two goals in the third period gave the Stars a +14 differential in the third period for the season. The Stars sit atop the NHL in terms of record. The previous best start for the team took place way back in 1971-72, when the Minnesota North Stars opened the season 14-4-3. As Benn told the Dallas Morning News, “It’s a full team effort each and every night. Everyone is contributing and that’s why we’re being successful.” 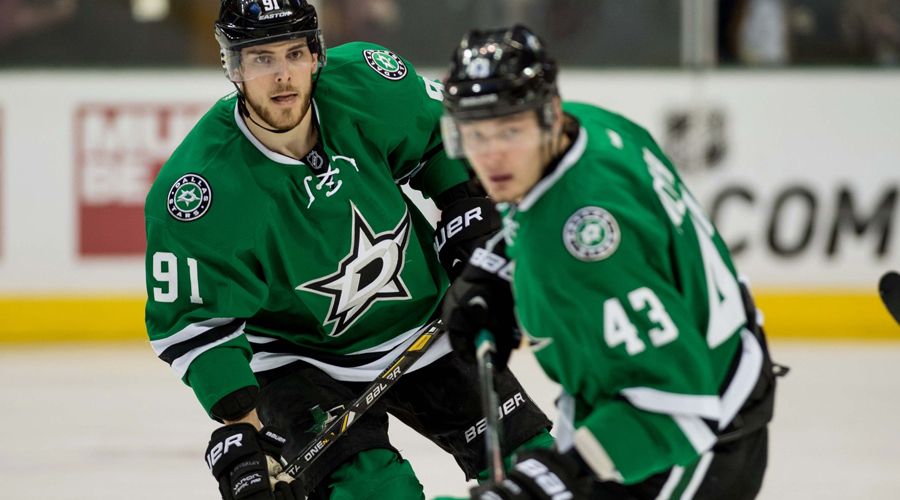 Last season, the team had a -27 scoring differential in the third period, which was a huge reason for the team missing the postseason. That has been a major change in the team’s emphasis this season. The Stars are also leading the NHL in goals, averaging 3.55 per game, but the foundation is strong defense. While the Stars did launch 17 shots at the net in the third period against the Sabres, they only permitted nine in that same time frame, and most of them came in the last few minutes. Oleksiak drew the penalty by shooting up the ice with the puck until the Sabres’ Tyler Ennis held him for the major.As Benn told the Dallas Morning News, “We definitely learned as a group last year. You definitely have to play a full 60 minutes or you’re not going to win in this league. At points last year, I think we thought we could just score and then it would be over. We learned our lesson; we’re a new group this year.” Stars coach Lindy Ruff echoed Benn’s sentiments: “They’re taking a lot of responsibility for where the power play should be, and I thought (Benn, Seguin and Patrick Sharp) got back to where they needed to be. There were a lot of good things.”The Stars are continuing to respond to challenges. Now that the season is a quarter over, the Stars are clearly not a flash in the pan.
Older post
Newer post