NHL Betting News
With the NFL and NCAA college football seasons squarely in the spotlight, not to mention the recent start of the NBA and college hoops seasons, NHL hockey bettors may feel like they’re taking a back seat to just about everyone these days. No matter, I’m putting you – and NHL hockey – back in the spotlight thanks to this expert NHL betting breakdown on the hottest and coldest teams in the league heading into Week 8 of the 2015 season.Thanks to the following analysis, you’re going to be well-armed with expert NHL betting information that will help you make a series of wise wagers over the course of the coming week. With that said and tonight’s NHL action just hours away from getting started, let’s rock and roll!

Hot – These two teams have all covered their NHL Odds in at least four of their L/5 games.

The Rangers (14-2-1-1) are on fire NHL hockey bettors, having won nine straight games heading into the new week. New York has won six times by allowing one goal or less while simultaneously scoring three goals or more seven times and four goals or more five times. The Rangers are ranked fourth in scoring (3.1gpg) and first in goals against (1.7) despite ranking just 23rd in shots per game (28.6) and 26th in face-offs (48.5). New York ranks fourth in penalty kills (86.4) and 11th in shutouts (2).

The Devils (10-6-0-1) may be ranked an underwhelming 21st in scoring (2.5 gpg) and uninspiring 29th in shots per game (26.1), but they’ve also been putting the puck in the back of the net consistently in scoring four goals or more three times in their last five games and five times in their L/10 games overall. Defense has been the key for Jersey as the Red Devils are ranked sixth in goals against (2.3), fourth in shots against (27.4) and 11th in penalty kills (82.1 percent).

The Stars are averaging a league-leading 3.6 goals per game while ranking second in shots per game (31.7) and power plays (29.8). It’s a good thing the Stars are so explosive offensively because they rank in the middle third in every meaningful defensive statistical category. Center Tyler Seguin (9 goals, 17 assists) and defenseman John Klingberg (4 goals, 16 assists) are both ranked in the top five in scoring and the Stars are averaging a goal more per game than they allow (2.6).

Not – These teams have all failed to cover their NHL Odds in at least four of their last five games.

Vancouver has lost five of its last six games while scoring two goals or less four times and allowing at least three goals in each of their last six games. The Canucks are ranked ninth in scoring (2.8) and fifth in shots per game (31.3), but their mediocre defense is ranked in the middle third in every meaning category, including goals against (2.6, 14th). Veteran goalie Ryan Miller is allowing 2.48 goals per game. 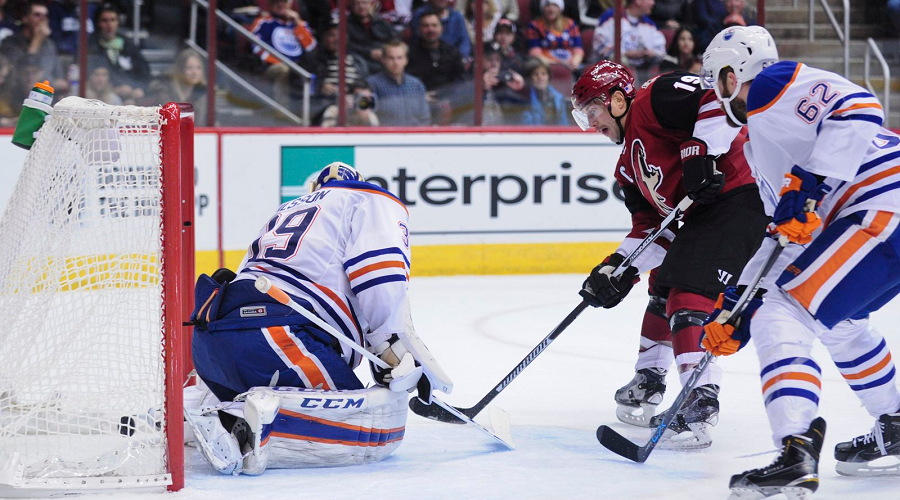 Where’s Wayne Gretzky when you really need him? Not in Edmonton, that’s for sure. The Oilers (6-12) have lost two straight, four of five and seven of its last 10 games and has allowed four goals in each of their last three losses while allowing four or more five times in their last 10 games.

The Hurricanes (6-9-2-0) have lost three straight and five of six heading into the new week while allowing three goals in each of their last three games and four goals in each of their two prior losses. Carolina is struggling to score the puck (2.8 goals per game, 28th) while simultaneously ranking 23rd in goals against (2.9). Goalie Cam Ward has a mediocre 2.52 goals allowing average.

The Jets have lost five straight and six of seven and have given up five goals or more in each of their last three games and four times in their last seven games. Winnipeg’s 7-0 road loss against Nashville on Saturday was about as bad as it gets NHL bettors. The Jets are ranked 28th in goals against (3.2), 26th in shots against (31.1) and has recorded zero shutouts this season (30th).
Older post
Newer post