NHL Betting News
Entering Monday, December 4th, the Florida Panthers (23-12-4, 50 points, No. 1 in the Atlantic) own a league-leading 9-game winning streak, making them the hottest team in the NHL right now. But as far as Power Rankings go, the Washington Capitals (28-7-3, 59 points, No. 1 in the Metropolitan) and the Dallas Stars (28-9-4, 60 points, No. 1 in the Central) remain as to of the best teams in the nation, at least until the next edition of power rankings are released after this week’s games. In the meantime, let’s take a look at the best games in this week’s NHL betting schedule, including free NHL picks and predictions for your consideration.

Despite earning just one point out of a possible four points in their last two games due to against Columbus and Carolina, the Capitals still sport a healthy 8-1-1 record in their last 10 games, easily making them a team to watch. All that will however be tested to the maximum this Tuesday, when the Caps are hosted by the Bruins (20-13-4, 4th in Atlantic Division) on Tuesday. After getting crushed 5-1 by the Canadiens in the Winter Classic, nothing would be a perfect tonic than for the Bruins to record a statement win over Washington this Tuesday. But with Washington’s star goalie Braden Holtby still leading the league in victories (24) in goal, along with a stellar .932 saves percentage, the Bruins are guaranteed to face a hellish night against the big and very mobile Washington netminder. Prediction: Washington 3, Boston 1.

After losing 6-5 to the New York Islanders, their second loss in a row, the Stars will be hoping to return to winning ways this Tuesday. To do so, they will need Jamie Benn (team-bests of 52 points and 24 goals) and Dallas’ league-leading offense (3.5 goals per game) to get into character against the Rangers’ 14th-ranked defense (allowing 2.6 goals per game). Still, with the Rangers sporting one of the best home records in the league at 14-5-1, the Stars (12-5-4 on the road this season) will need an all-rounded effort, especially from the defense, to finish the game on the winning side. Prediction: New York 4, Dallas 3.

Coming off a thrilling 5-2 win over the New York Islanders, the Pittsburgh Penguins are hoping to continue their two game winning streak when they play visit Chicago on Wednesday, a game that will come one day after the Penguins host the Blackhawks on Tuesday. Obviously, the Hawks (23-13-4, 50pts) have been flying higher than the Penguins (19-15-4, 42pts) this season, and the fact that Jonathan Toews is finding his game-winning form and Chicago’s power play (23.6 entering Monday) is continuing to get better means trouble for the Hawks’ opponents. But then again, Pittsburgh has had a run of some solid results over good teams recently under new coach Mike Sullivan, and Marc-Andre Fleury’s return to the goal inspired the win over the Islanders (along with a resurgent offensive performance from Sidney Crosby), so the Penguins may be on to something here. Prediction: Chicago 4, Pittsburgh 1.

Don’t check now, but the Los Angeles Kings have won their last five games in a row entering Monday, and are sporting Pacific-best 25-11-2 record (along with 52 points). But before you jump on the Kings in the NHL lines this Thursday, kindly note that Mike Babcock and his team are looking like a team that could be challenging for this year’s playoffs, owning a 7-2-2 mark in their last 11 games, including Saturday’s 4-1 win over St. Louis. Both teams should thus offer ice hockey fans some pretty feisty and entertaining clash this Thursday, with the game having the possibility of ending in a Los Angeles upset. Prediction: Los Angeles 5, Toronto 2. 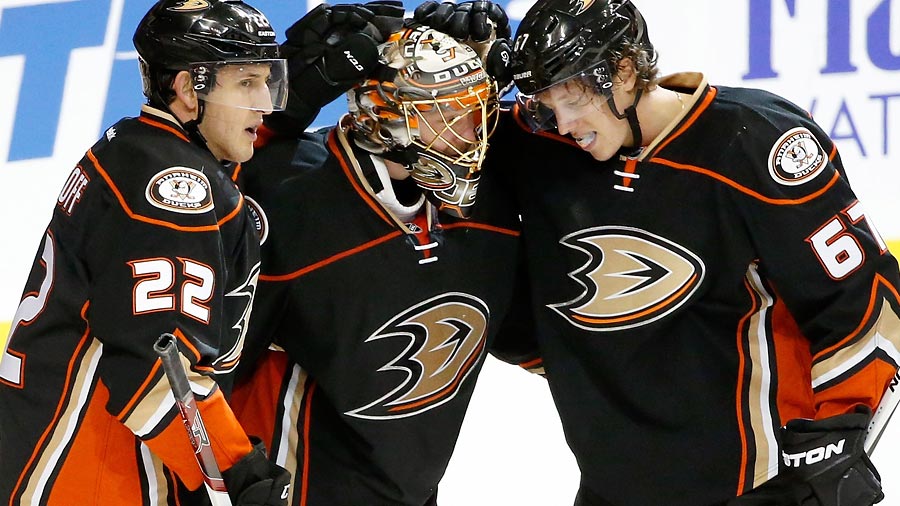 The Blues (50 points, No. 3 in Central) and the Ducks (39 points, No. 3 in the Pacific) have not yet been able to live up to their hyped-up preseason expectations, but they are both still in the running for their respective divisional crowns, hence should make up for some good viewership this Friday. Plus, with Anaheim (10-5-4 at home this season) and St. Louis (10-7-2 on the road this season) not having much separating their home vs. away records, this game could easily go either way. Prediction: St Louis 2, Anaheim 1.

You all know about Alex Ovechkin and his 21 goals (3 goals short of Benn’s league-best 24), right? Well, Ovechkin and his Washington offense (3.1 goals per game, 2nd best in the NHL) will be looking to find a way past Henrik Lundqvist (17 wins, 5th best in the NHL) and the Rangers in New York. As always, beating the Rangers in New York is never an easy thing to do, so Washington will be hard-done in its efforts. Either way, expect a low-scoring encounter, with both teams delivering a memorable game at Madison Square.
Older post
Newer post