NHL Betting News
Part of the fun of watching the best scoring teams in the league, other than seeing them lighting the lamp on a regular basis, is trying to decide which teams can slow them down. The OVER/UNDER is just great NHL betting, and the OVER seems like the perfect choice for the big scorers. It’s a bet that has to be played carefully, though, as those teams can have off nights. The Dallas Stars are lighting it up offensively, but Tuesday sees them welcome in an Ottawa Senators team that is playing great defense right now.

The coach confirms that Craig Anderson will start in goal tomorrow against Dallas.

Date: November 24, 2015 Time: 8:30pm Venue: American Airlines Center Watch Online Here Anyone that has Jamie Benn and Tyler Seguin on their fantasy hockey team is probably enjoying a pretty good season right now. Those two have helped Dallas (17-4-0) become one of the top scoring teams in the league, but make no mistake, this is a team that has 4 lines that can beat you every single night. The Stars are currently on another big winning roll, having notched 5 straight, but this one is a little scarier than those that came before. That is because Dallas is now getting some defense and goaltending to go with all the offensive power. They have only given up a total of 8 goals in those 5 games, and now have a goals against average that is sitting 7th in the league. The power play is as good as you might imagine, and the only area where the Stars are a little disappointing is in the penalty kill. It isn’t killing them, though, and it has actually only given up a single shorthanded goal in the past 5 games. It’s hard to see who is going to stop that high-powered offense of Dallas right now, but the smart money might well be on the Ottawa Senators (10-5-5). The Senators have picked up points in 8 of their last 9 games, and are starting to make a bit of a move on the Montreal Canadiens at the top of the Atlantic Division. Ottawa is coming into this one having won two straight, and they did so without conceding a goal. Craig Anderson turned away a total of 61 shots in back to back shutout efforts, and while he is going to be in a whole lot tougher in this one, there can be no denying that this is a goaltender that is in the zone right now. 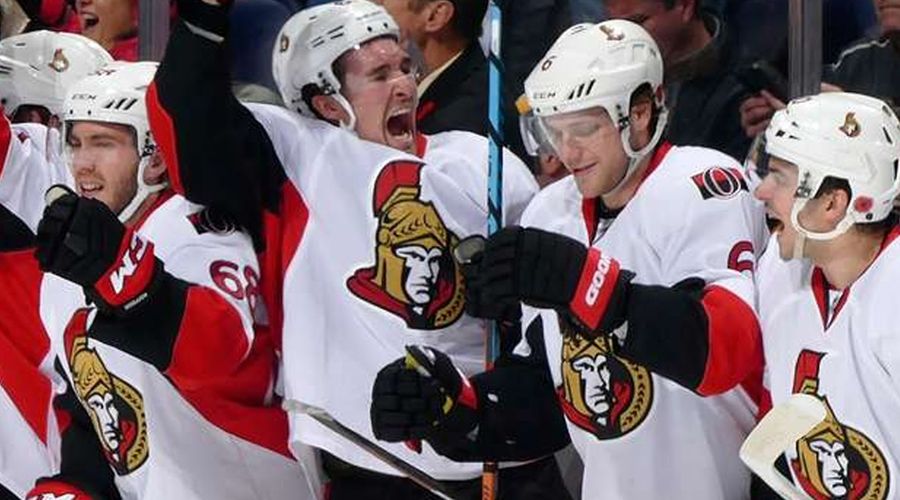 The Dallas Stars won both meetings against the Ottawa Senators last season, and have actually got the win the last 7 times they have played them. I think they will make it 8 in a row on Tuesday night, but I do expect this to be a close one.
Older post
Newer post