Right now, the Dallas Stars are the oddsmakers’ favorites to win the Stanley Cup, sitting at 7-1. They sit atop the Western Conference with 42 points and have shown the ability to combine a fiery offense with a defense and goaltending that are good enough to bring off wins. An example of the dynamic two phases of the game happened Tuesday night as the Stars roared out to a 3-0 lead over Carolina. The Hurricanes roared back to score five goals, but the Stars did them one better as Patrick Sharp got the game-winner to seal up a 6-5 win.One curious thing about this Stars win is that goalie Antti Niemi was credited for the win — and he didn’t even make a save. They were up 5-1 in the third period, but the Hurricane tied things up at 5. Once Carolina scored the tying goal, head coach Lindy Ruff pulled goalie Kari Lehtonen and put Niemi into the game, with 6:43 remaining in regulation. Niemi was on the ice when Sharp scored that game-winning tally, but the Stars also amped up their defensive game, keeping the Hurricanes from registering even one shot on goal.

Boston Bruins right winger David Pastrnak has finally come back to the ice, skating on his own a few times before the team headed out for Montreal and a Wednesday rivalry game. Pastrnak has had a fractured left foot, keeping him out since Halloween. This will be his 17th straight game to miss with the injury. Coach Claude Julien has indicated that Pastrnak is still not close to returning, but now that he isn’t spending all of his time on crutches with his left foot in a boot, he’s definitely making progress. 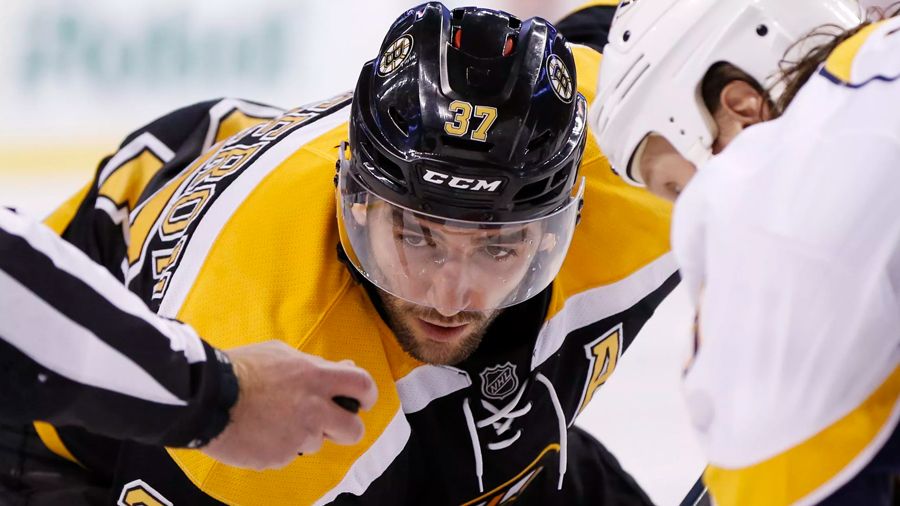 Tuesday saw Chicago Blackhawks forward Patrick Kane boost his point streak up to 23 games, as he tallied an empty-net score with 1:36 left against Nashville. Kane told reporters in the postgame press conference, “I had a couple chances to get something earlier in the game. To be honest with you, I wasn’t thinking about it too much until you go out there in the end there and you hear the crowd cheering and you know they’re looking for something. That’s when you want to get something at the end.” This point was Kane’s 600th in the NHL, and the Blackhawks rolled to a 4-1 win. Kane has 14 goals and 23 helpers during this streak which dates back to October 17, when Kane hammered home a goal into an empty net.

The Florida Panthers received some welcome news in Tuesday as the Broward County commissioners voted 5-3 to grant the team a financial package worth $86 million. This means that a lot of tourist taxes will be going to compensate the team for their financial losses as of late. It also means that the team’s lease on its arena will be rewritten. It looks like the Panthers will remain in South Florida for a while, but it still remains to be seen just how long.
Older post
Newer post