Soccer Betting News
Arsene Wenger’s Arsenal will pay the Baggies a visit this Saturday, as they push once again for a soccer odds chance to go atop the EPL table after playing second fiddle to Manchester City for a the last month-or-so due to their inferior goal difference. A loss will put the Gunners in a terrible position, possible reducing them to fourth in the standings, given both Manchester United and Leicester City are following hot on their heels. West Brom, on the other hand, have been mediocre this season, currently lying 13th in the second half of the table with 14 points. A win against Arsenal would therefore be wildly celebrated and considered morale-boosting in their bid to climb back into the first half of the table. With everything to play for in this Saturday, here’s how we expect the game to unfold, as far as the online betting soccer lines are concerned.

Despite adding quality to their depth by signing Jonny Evans and Co. in the offseason, West Brom are yet to enjoy their benefits of their revamped squad. Entering this clash, they have won just two in the last six, with the remaining four games ending in losses. Most recently, they have lost two in a row, the latest of those defeats coming against Manchester United. Added to the fact that they have lost four at home this season and have earned just four points in their back yard, there’s really not much hope that they will be giving a good performance against Arsenal in Saturday’s soccer odds. 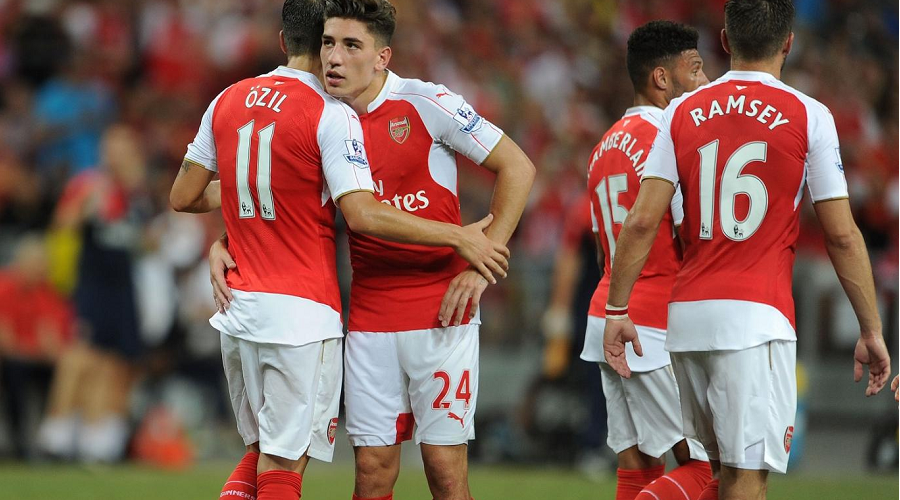 Arsenal, on the flipside, are coming into this after struggling in their recent Premier League and Champions league fixtures, being thrashed 5-1 by Bayern Munich on the road and drawing 1-1 with Tottenham at home. Even so, they have the best record in the league on the road this season, gaining 15 points out of a possible 18. They are also leading in goals scored on the road with 15 to their credit. So in spite of their recent struggles, and the fact that they are dealing with a plethora of injuries, you can expect them to be fired up against the out-of-sorts Baggies.

Arsenal will be out with all guns blazing to redeem themselves and get back to winning ways after missing several scoring chances against Tottenham. A fast-paced attacking football therefore looks likely from them, with the likes of Olivier Giroud and Alexis Sanchez, who are among EPL’s top scorers this season, causing all kinds of problems in the attack. The Baggies will however not sit back, as they have a good midfield that can limit Arsenal’s fluency and possession. Still, when all is said and done, Arsenal should be able to eke out a close win, possibly a 1-0 or 2-0 victory, with goalkeeper Petr Cech keeping a clean sheet for the Gunners.
Older post
Newer post