Easily boasting of being the biggest game in England this weekend, Liverpool will travel to Stamford Bridge to take on the beleaguered Chelsea in the first Premier League soccer odds action this  Saturday. The Blues sit 15th in the Premier League after losing five of their 10 EPL this season and are coming off an elimination loss in the League Cup against Stoke during the midweek games, adding fuel to Jose Mourinho’s already fiery coaching seat.

In pictures – our five most recent home wins over Liverpool in all competitions… https://t.co/8j1wUm6ANq

Mourinho is under tremendous pressure to deliver on Saturday since a loss could have dire ramifications on his job at the Bridge, with the possibilities of him being fired if Liverpool’s win. As for Klopp, he will be aiming to get his first Premier League win and pile further misery on Chelsea this weekend. 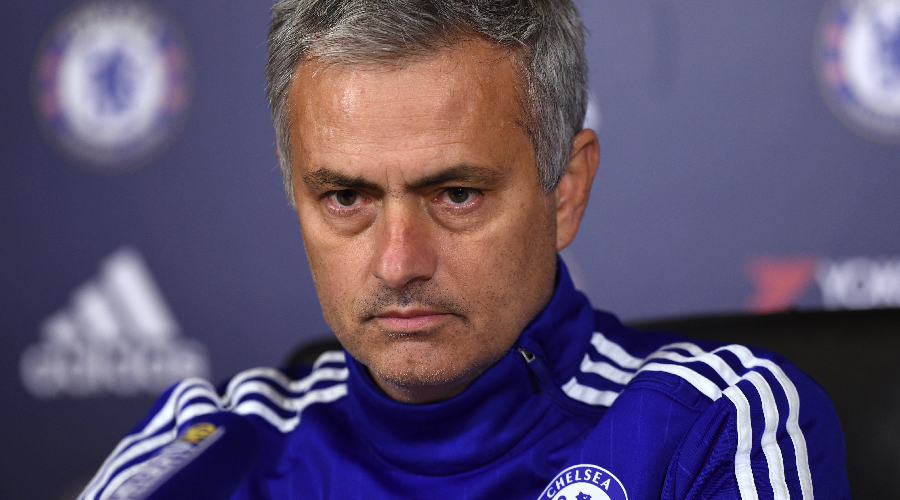 Can Mourinho get the win that would potentially save his job—in the meantime—and allow him to turn around things in Chelsea, or will the new Liverpool manager continue to settle in English football with a win, following his victory over Bournemouth in the League Cup on Wednesday? Let’s find out, as we take a comprehensive look at this game, including free soccer tips on how to place your wagers in this game’s online betting lines.

Betting on ChelseaDespite winning the PL title last season, the Blues have made a catastrophic start to their title defense this year. Not only do they rank 15th in the league standings with just 3 wins out of their 10 league games, they have worryingly conceded a whopping 19 goals this season, showing just how bad the situation is in Chelsea and marking the worst ever run in Mourinho’s coaching career in England. 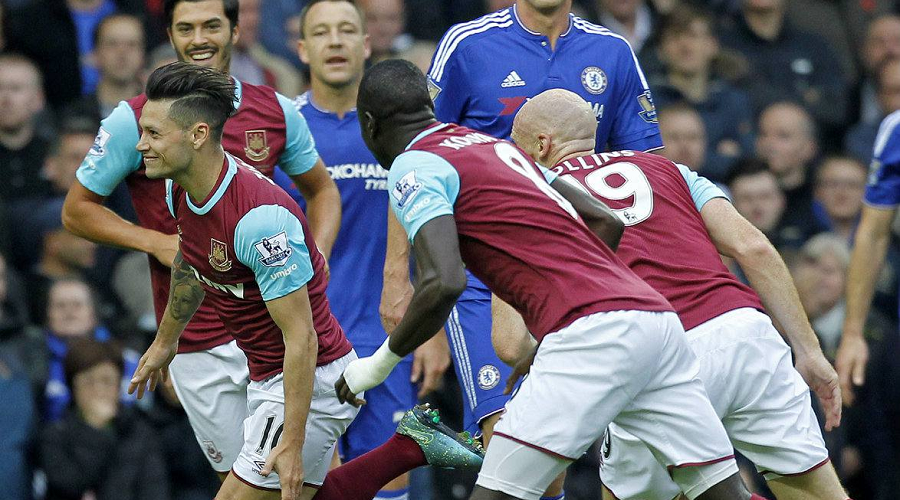 In their previous Premier League outing,  the Blues were trumped 2-1 by West Ham last weekend, a loss that was followed by them being dumped out of the Capital One Cup by Stoke in midweek through penalties after a 1-1 stalemate in regular time. 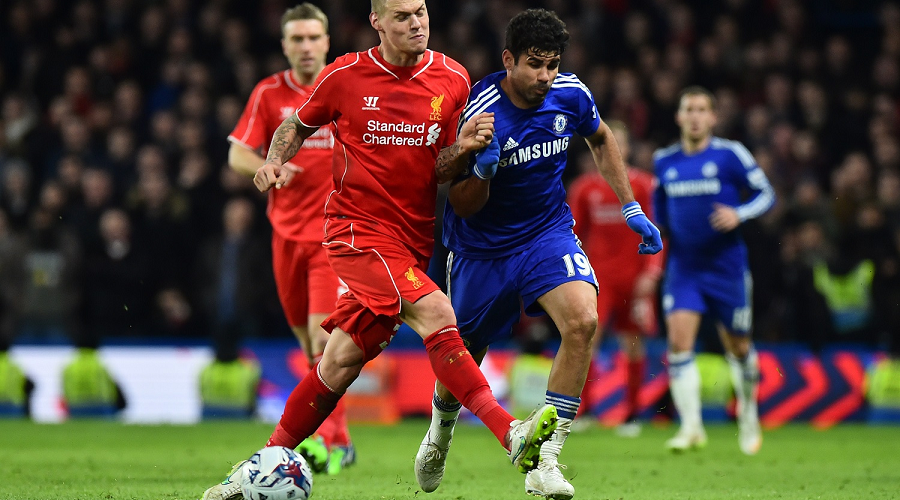 Nevertheless, the Blues have an upper hand in their head-to-head record against the Reds at the moment, as they have remained unbeaten in their last three home fixtures against Liverpool. More importantly, out of the Blues three PL wins this season, two were at the Stamford Bridge against Arsenal and Aston Villa and both ended in a 2-0 scoreline, so there’s hope that another win could be in the offing at the Bridge. 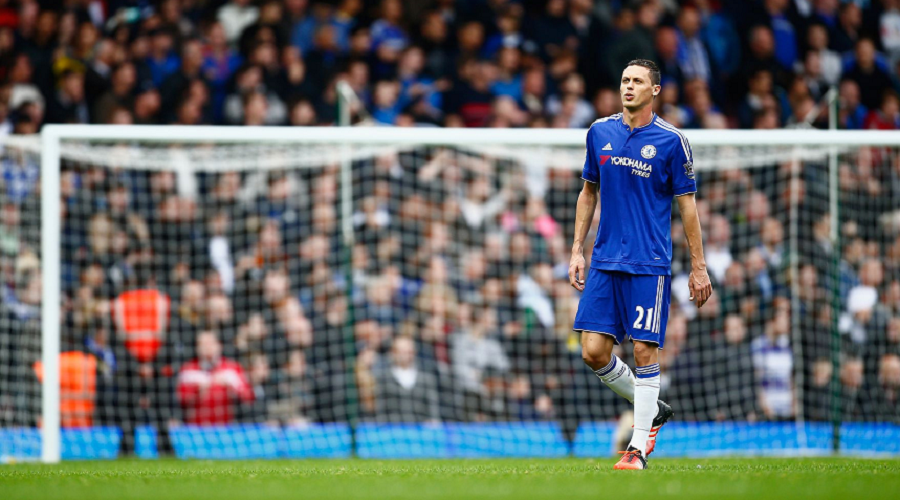 And to further boost things at the back, Mourinho will be delighted to welcome back the suspended defensive midfielder Nemanja Matic into his squad after he picked up a red card during their defeat to West Ham and served the ban against Stoke. This should boost their confidence in stopping the Liverpool offense that has been shy offensively, scoring just nine goals in the EPL this season. 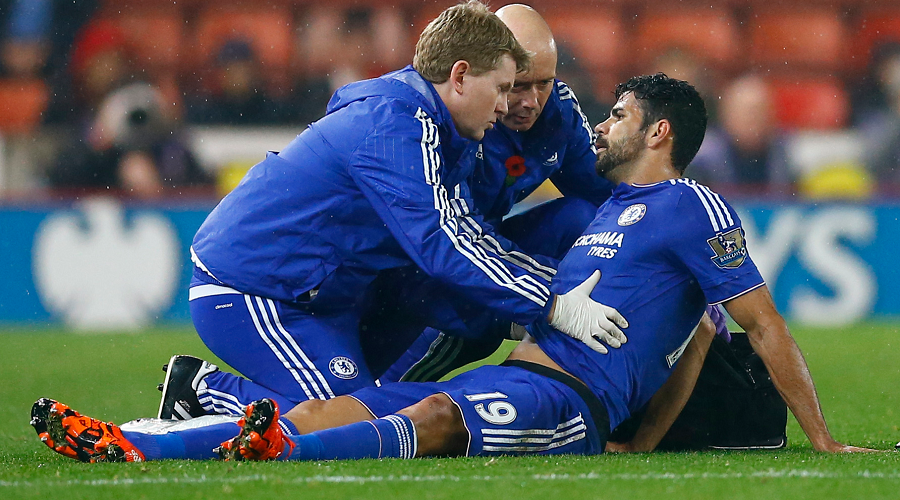 Remarkably, though, Chelsea will be without striker Diego Costa, who sustained a rib injury during their Capital One clash with Stoke City on Tuesday. Defender Branislav Ivanovic (hamstring) and goalkeeper Thibaut Courtois also remain sidelined on Saturday, while Rodriguez Pedro is also questionable.Betting on LiverpoolThe Reds ousted Bournemouth in the Capital One on Wednesday, a 1-0 win that put a stop to Klopp’s three-match drawing run, including the disappointing 1-1 stalemate with Southampton in the Premier League last weekend. 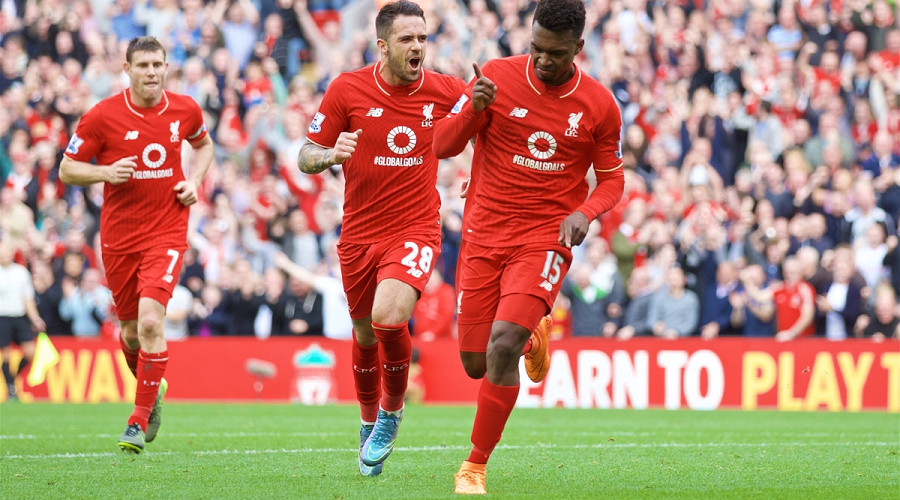 The Reds’ last league win came over a month ago, 3-2 at home to the struggling Aston Villa. Making matters worse, they have managed to score just three goals in five Premier League road trips this season. 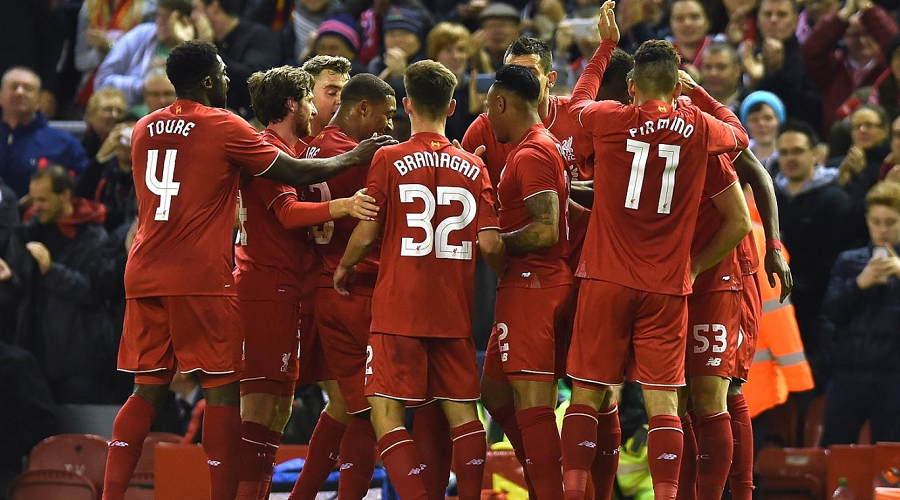 With Klopp looking for his first EPL win, you can be sure that Liverpool will throw everything at Chelsea, hoping to permeate the Blues’ porous defense. Oh, and to make things interesting, Liverpool players and fans have a lot of unfinished business with Mourinho and Chelsea team after the Blues painfully ended the Reds’ title hopes with a win at Anfield two years ago. Given that a win over Chelsea could resultantly end Mourinho’s reign as the Blues manager, nothing would be more satisfying than being the team to topple Mourinho off his high horse. 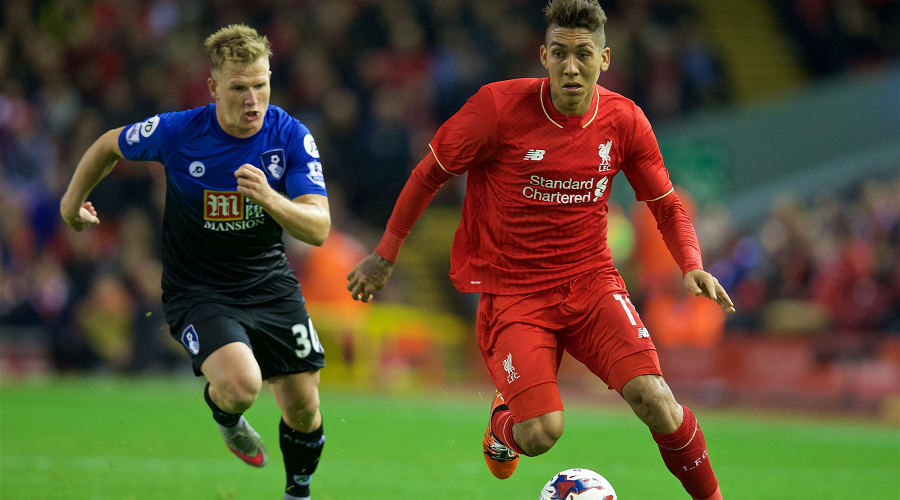 That said, Liverpool have won just one of their last eight top-flight matches, drawing five of those. Finding a way of building on the midweek win over Bournemouth will thus be very crucial if they are to get a win this Saturday. 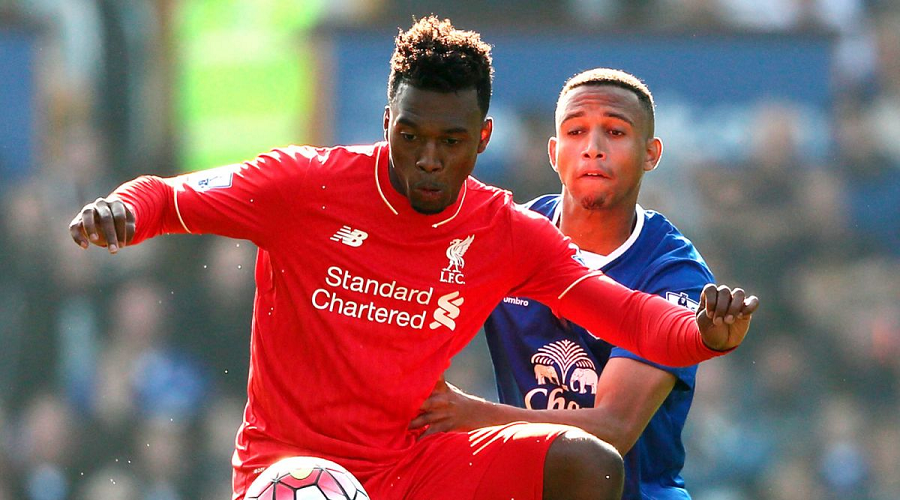 Offensively, goals have been a problem for the Reds this season, mainly due to the absence of Daniel Sturridge who is out due to injury. Stints of injuries to forwards Jordan Henderson and  former Burnley striker, Danny Ings, have also contributed to the team’s poor offensive display. 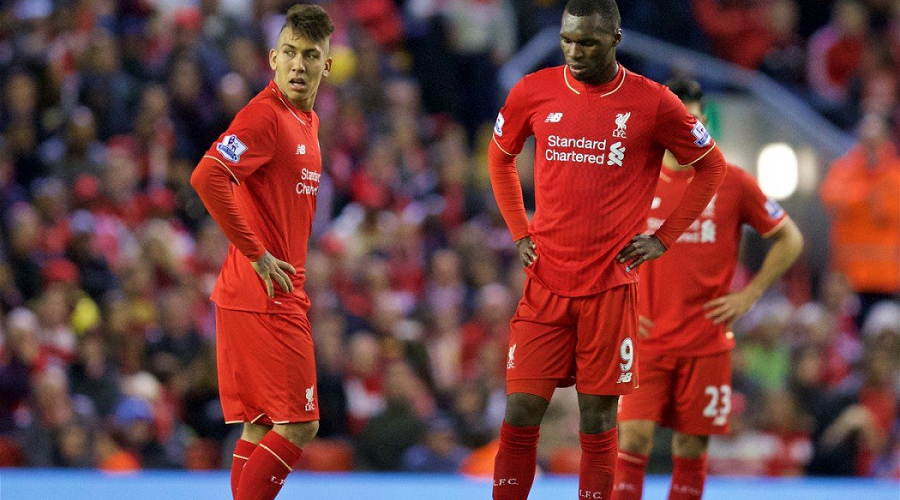 Nonetheless, Klopp is hoping that the healthy Christian Benteke and Brazilian summer signing Firminho will be able to take care of business upfront, along with Kenyan-Belgian Divock Origi. Benteke scored an important goal against Southampton and was rested in the midweek game against Bournemouth to ensure that he is fully fit for Saturday’s game, so be on the lookout for a strong game from him in Liverpool’s attack. 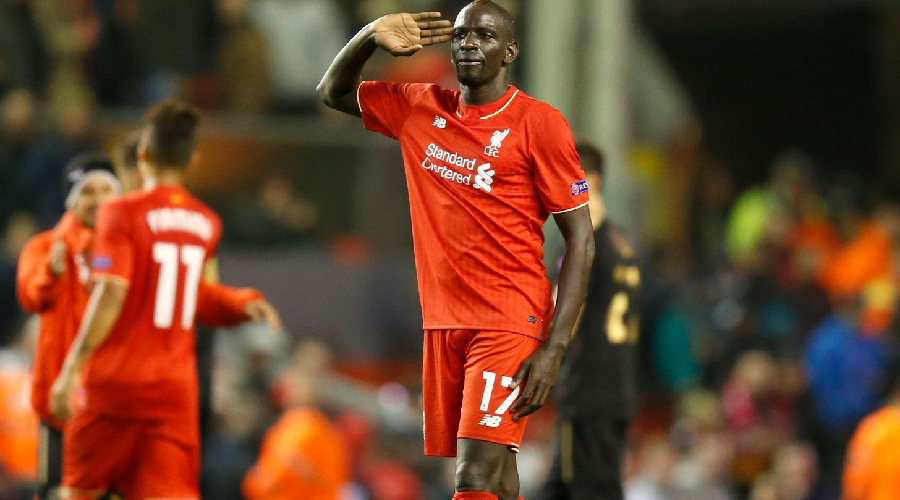 In the defense, young defenders Jon Flanagan and Joe Gomez are sidelined due to long term injuries, so Martin Skrtel, Mamadou Sakho Nathaniel Clyne and Alberto Moreno are expected to be the players to stop Loic Remy and the Blues’ offense. Given that Liverpool have looked well organized in the defense and have been allowing very few goals, it is safe to say that Chelsea’s offense will need the likes of Willian, Hazard, Kennedy, Ramirez and Oscar to be on their very best of showings.Possible Starting LineupsForm GuideKey Betting Trends 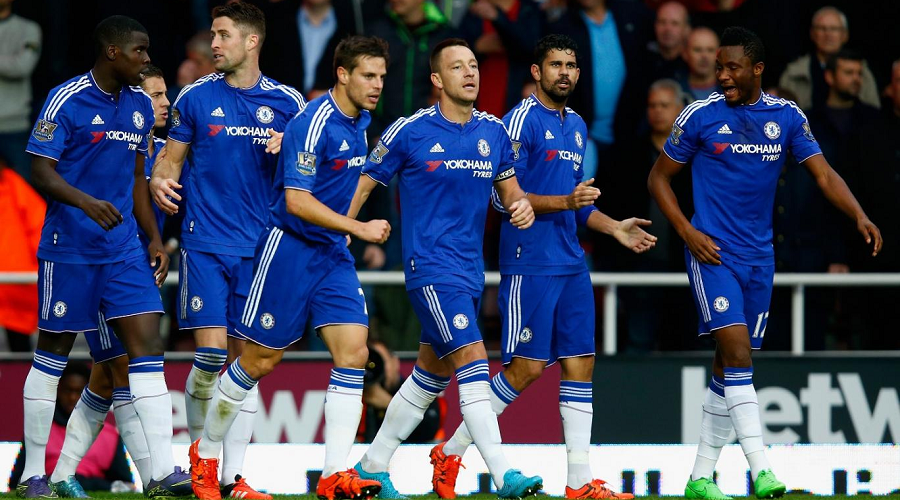 Even though the Reds are unbeaten in their last five league outings (W1 D4), and have decently lost just one and drawn three of their last four games on the road, they have not beaten Chelsea in their last eight games (L4 D4). This could easily factor into their confidence, making them tense at the Bridge. Meanwhile, the Blues will want to improve on their worst ever start and save Mourinho’s job, something that is likely to see them fire on all cylinders right from the first whistle. Considering all that, we believe Chelsea will probably allow at least one goal, but eventually have the last laugh with a hard-earned win.Free Soccer Picks: Chelsea Beats Liverpool 2-1 in a thrilling encounter.
Older post
Newer post