NBA News and Rumors
The inconsistent Chicago Bulls will look to extract some major revenge while picking up a much-needed victory when they host the streaking Miami Heat in one of the more interesting matchups on the docket for Friday night. With both teams looking to improve their respective seeding in the Eastern Conference playoff race, let’s take a look at the opening NBA lines and odds and try to determine which one of these teams will win and cash in.

Why Bet the Miami Heat

The Heat (37-27 SU, 34-29 ATS) might have had their five-game winning streak snapped in their 114-108 road loss against Milwaukee on Wednesday, but Miami is playing much better basketball since acquiring veteran sniper Joe Johnson almost two weeks ago. Miami has won seven of its last 10 games overall and absolutely obliterated the Bulls 129-111 on March 1 despite being on the road. Miami also handed Chicago a five-point loss in January. The Heat are 3-1 SU and ATS over the last four meetings against Chicago and a bankroll-boosting 11-3 ATS in their last 14 games against their Eastern Conference rivals.

Why Bet the Chicago Bulls

Following a four-game SU and ATS losing streak, the Bulls (32-30 SU, 25-37 ATS) have won two straight by beating Houston and Milwaukee in their last two games including their 100-90 win over the Bucks as a 5.5-point home favorite on Monday. 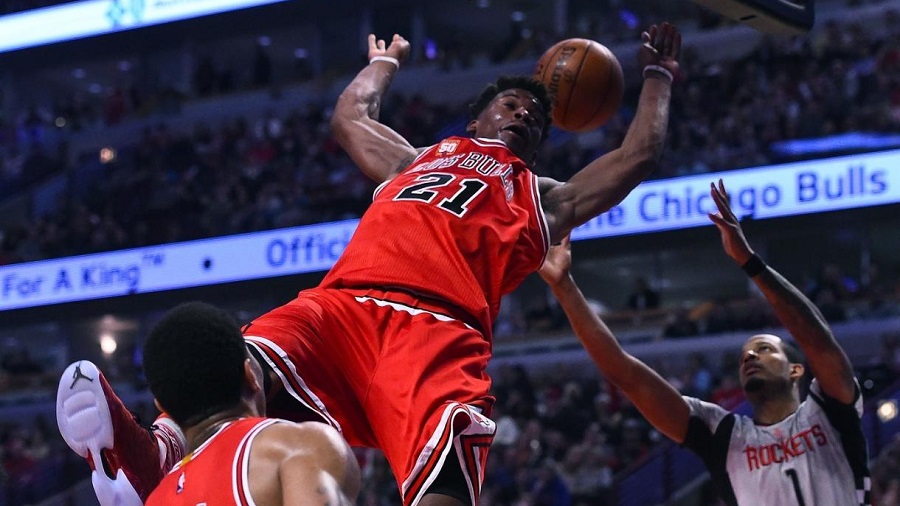 While Pau Gasol had a fantastic game with 12 points, 17 rebounds and 13 assists to become just the fourth player in NBA history 35 years old or older to log multiple triple-doubles in a season, the Bulls will likely be without their best player in all-star shooting guard Jimmy Butler as he deals with swelling in his left knee that caused him to recently miss 11 games. “We will know more (Tuesday),” Bulls coach Fred Hoiberg said. “The doctor said structurally he was OK.” The good news for Chicago is that they’ve gone 5-1 ATS in their last six home games and 4-1 ATS in their last five home games versus a team with a winning road record.