NBA News and Rumors
With the 2015 NFL and college football season steamrolling toward their annual postseason periods, NBA betting fans may feel like they’re taking something of a backseat to their gridiron gambling counterparts. No worries, roundball bettors, thanks to this eye-opening breakdown, you’re going to improve your chances of cashing in early and often over the course of the coming week. You see, in an effort to help my basketball betting brethren consistently strike pay dirt this week,  I’m going to put the spotlight on the hottest and coldest ATS teams in the league. With that said and the 2015-16 NBA season rolling right along, let’s get started.

Please make sure your phone/monitor is shatterproof before watching last night’s No. 1 play. https://t.co/ZOQolG9bn5 pic.twitter.com/lsfeca2AtP

Each of these teams has covered the NBA betting line in at least four of their last five games.

The Magic have won two straight and three of their last five games while covering the spread in each game along the way. More importantly, the Magic have a boatload of young talent, starting with guards Victor Oladipo and Elfrid Payton and including swingman guard Tobias Harris and big man Nikola Vucevic.

Sure, the Pacers are allowing more points per game (97.6) than they are averaging (94.1),  but Paul George and company have won three of their last five while covering the spread in four straight, including Sunday’s narrow loss against Cleveland.

The Hawks didn’t get a whole lot of love in the offseason, but they’ve picked up right where they left off last season, winning each of their last five games while going 4-0-1 ATS along the way. Atlanta shares the ball as well as any team in the league and has gotten some fantastic contributions from veteran small forward Ken Bazemore who has replaced the departed DeMarre Carroll seamlessly.

The young Jazz have won two straight and four of five while covering the spread in each SU victory. Of course, the Jazz haven’t exactly beaten a ‘murderer’s row’ of opponents in taking out Philly, Indiana and Denver, though their 89-79 win over Memphis on Saturday was an eye-opener.

The addition of LaMarcus Aldridge and continued improvement of gifted two-way small forward Kawhi Leonard have helped the Spurs win four of five while covering the spread in each SU win. San Antonio ranks third in points allowed (92.3) and a respectable 16th in scoring (101.7 ppg).

The rebuilding Pistons have gotten a pair of 25-25 outings from center Andre Drummond and some more eye-opening play from underrated point guard Reggie Jackson to win two straight and four of their last five while covering the spread in each SU victory. 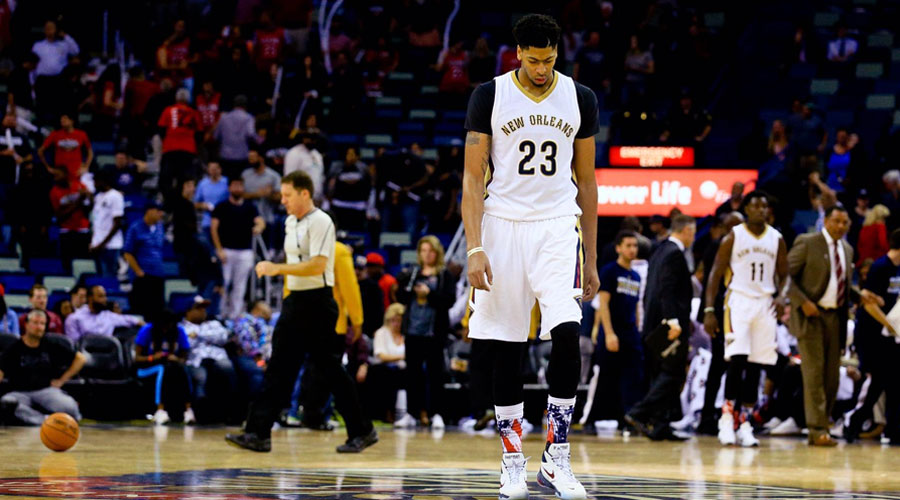 Each of these teams has failed to cover the spread in at least four of their last five games.

Hmm…maybe we all got ahead of ourselves in naming Anthony Davis the best player on the planet not named LeBron James. The Pelicans have lost each of their last five games while failing to cover the spread each time. New Orleans is allowing a whopping 114.7 points per game (30th), canceling out their stellar scoring average of 102.7 ppg (11th).

I’m not even a Nets fan, but I’m already sick of this underachieving collection of veterans. Brooklyn has lost four straight since beating Memphis on Halloween night while failing to cover the NBA betting line in each loss.

The Cavs may be favored to win the 2016 NBA Championship, but LeBron James and company haven’t looked overly impressive despite winning five straight at the time of this writing. The Cavs have failed to cover the spread in each of their last four games, including three times as a double-digit favorite.

The Grizzlies are a complete mess this season and have lost two straight and four of five overall while failing to cover the spread in each loss. Making matters even worse is the fact that Zach Randolph, Marc Gasol and the rest of the Grizz have lost each of their last four games by 10 points or more.

Derrick Rose and company have alternated wins and losses over their last five games while failing to cover the spread four times, including their humbling 102-93 home loss against Minnesota on Saturday as a 9.5-point home fave. So, there you have it MyBookie.ag NBA basketball bettors, an in-depth look at the hottest and coldest ATS tams in the league heading into Week 3.
Older post
Newer post