NHL Betting News
Every year in the NHL we see teams that end up being a surprise in one way or another. Some teams do a whole lot better than we expected, while others have troubles that we didn’t see coming. It’s still the early part of the season, though, and things can quickly change. The Calgary Flames are off to a slow start, and they will be hoping that things will start to change in their favor soon. They will head to Florida to face the Panthers tonight, where they are road underdogs in NHL odds.

It was widely believed that the Calgary Flames (5-9-1) would be one of the top teams in the Pacific Division this season, but they have stumbled out of the gate in the worst possible way. While you hate to blame any single part of a team for struggles, the finger has to be squarely pointed at the goaltending, which has been lackluster at best. Karri Ramo was placed on waivers, which he cleared, but he is now back in the fold after Jonas Hiller went down with an injury. The Flames currently sit dead last in the league in goals against average, and while their offense is starting to get into a bit of a groove, they are going to have to tighten up at the back if they want to get back in this thing. The good news is the offense, which is once again clicking, having scored 15 goals in 4 games. That was enough to see Calgary win 3 of their last 4, which is a definite sign of progress. 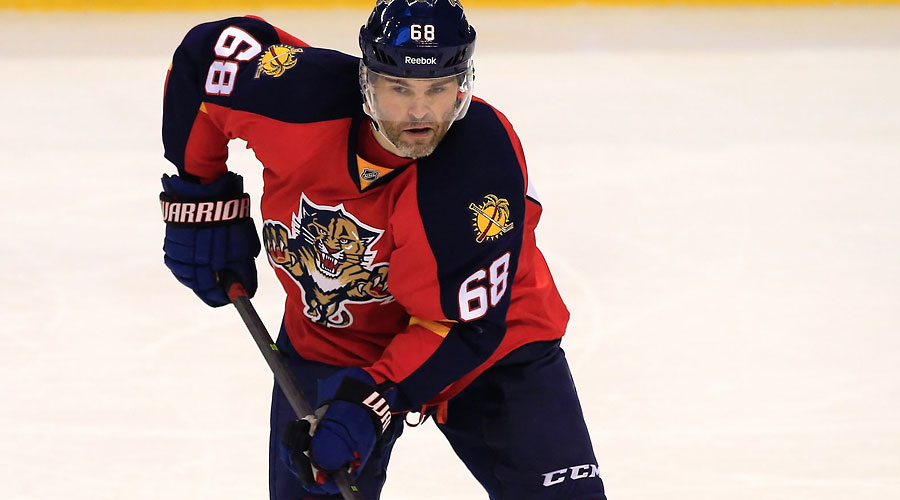 Things looked bright in the Sunshine State at the start of the season, as the Florida Panthers (5-6-3) jumped out to a pretty decent start. Florida picked up 3 wind in their first 4 games, but have struggled from that point forward, and have only taken 7 points out of a possible 20 in their last 10 games. They have now lost 5 straight games, and haven’t been able to score more than 2 goals in a single game during that stretch. The offense has gone completely off the boil, and they will continue to lose for as long as it stays that way. Jaromir Jagr is leading the way for the Panthers with 10 points this season, but he was held off the board in all 5 of those losses. If Florida is going to be leaning on a 43-year old to provide their offensive spark, then they might be in big trouble.

Over the past 2 seasons, it has been Calgary with the edge in this series, winning 3 of 4. It has been the road team that has prevailed in the last 3 meetings between these two, and I think that trend will continue with a Calgary win.
Older post
Newer post