The Sacramento Kings may have shaken off that malaise that had them down at the start of the season, but that doesn’t mean that they have solved the big problems that still threaten to tear apart their locker room. These problems begin with the disrespect that DeMarcus Cousins has for head coach George Karl, a Hall of Fame lock once he retires but who is having a difficult time getting through in the Kings’ locker room. Cousins has already cursed Karl in front of the whole team once this season, and while the Kings have worked through it a bit, that is not a long-term solution. 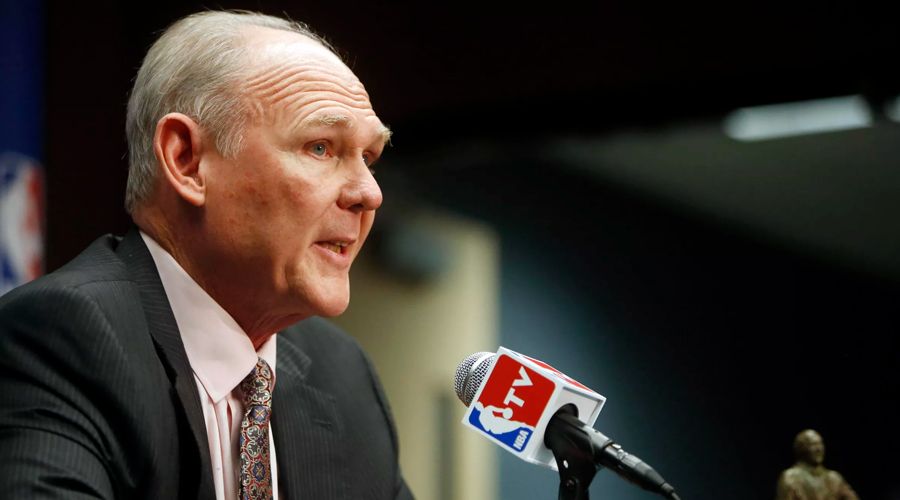 According to AOL Sports, Kings owner Vivek Ranadive is working on a solution that would bring John Calipari from Kentucky to Sacramento, where he could work with Cousins once again. Bleacher Report echoes this, reporting that “the belief still is it’s a matter of when, not if, Karl will be removed as the head coach. If that should happen during this season…[Ranadive] would like to move Nancy Lieberman into the head-coaching position, making a big splash by having the first female head coach in NBA history. But Ranadive’s biggest dream is to have Kentucky coach John Calipari come out and coach this roster full of Kentucky players.” Willie Caulie-Stein, another Calipari product, is also in Sacramento. It’s not clear how much Ranadive would have to offer Calipari to leave a job that brings him yearly contender status in the NCAA, surrounded by five-star recruits, in order to take on one of the most challenging NBA coaching positions in one of the least cosmopolitan outposts in the Association.

The Rockets fired Kevin McHale, but nothing will change unless its players try harder: https://t.co/69RZXcDxGD pic.twitter.com/p0Azm3r7ca

The Houston Rockets are well on their way to becoming a dumpster fire this season, what with the swift firing of coach Kevin McHale and the avalanche of selfishness that has become part of the team’s culture this season. The next rumor that has come out is the dissatisfaction that Dwight Howard has with the attitude that James Harden is showing in practice and on the floor. This dissatisfaction could lead Howard to demand a trade from Houston. An article from Yibida.com reported that the Rockets could end up dealing Howard before the trade deadline. The article focused on a team meeting that the players had without coaches. USA Today’s Jeff Zillgitt and Sam Amick reported that the players-only meeting focused on the unhappiness of the team with Harden’s aloof attitude to this point in the season. His style of play is also frustrating some of the members of the team. It’s true that Harden has a personality that is different from many of the other NBA superstars. Harden has never been a defensive superstar, but this year he has been particularly sloppy with losing his man. To a player like Howard, who takes pride in his defense, that can be very frustrating. Harden also has a habit of refusing to be accountable for his mistakes. Given that Howard has been known for leaving situations that he does not like, it wouldn’t be surprising to see him on the move, particularly if the Rockets continue to struggle.
Older post
Newer post