NBA News and Rumors
When it comes to the Pacific Division in the NBA, the best bet available to basketball bettors might well be choosing who finishes second behind the Golden State Warriors. The champions are showing no sign of a hangover to this point, and are actually making things look a little too easy. The Phoenix Suns are second in the Pacific right now, and they are next up for the visiting Warriors on Friday night.

Plenty for #DubNation to be thankful for https://t.co/3XiqZJgZWT

It’s tough to see where the Warriors (16-0) will finally fall to their first defeat this season, but the smart money might well land somewhere in the next 9 games, as they have to play 8 of those on the road. It doesn’t matter how good you are as a team, winning consistently on the road is tough, especially when you have a bunch of games coming in quick succession. That loss is going to come at so point, no matter how well Stephen Curry and his crew continue to play, but there is already a lot of talk that this could be a 70-plus win season for the Dubs. It is actually pretty hard to argue with that, as very few teams have given them any sort of headache at the moment. The Warriors are operating like a well-oiled machine at the moment, and it’s really only a major injury or two that could really get in their way of a season for the ages. 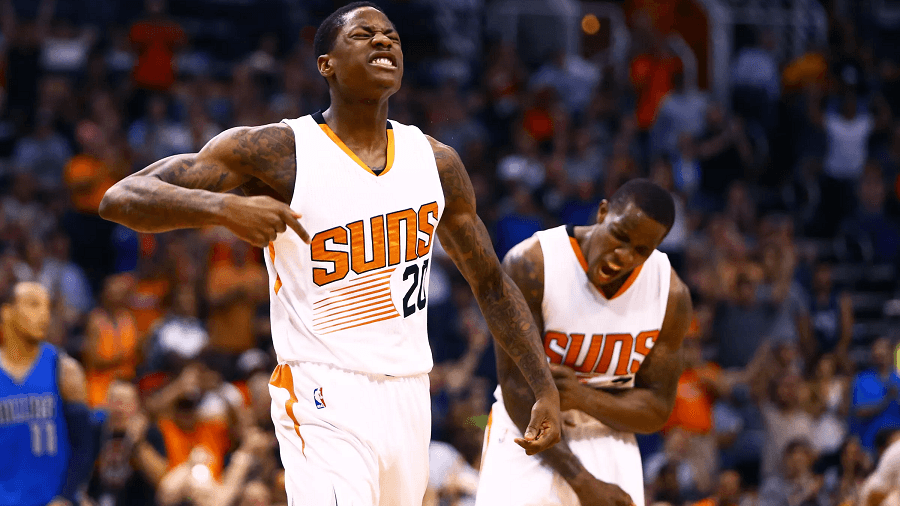 The Phoenix Suns (7-8) are currently second in the Pacific Division, and have landed there thanks in large part to their 3-1 record against division foes. Things have gone off the rails a little recently, though, as the Suns are coming into this one having lost 3 straight games. Two of those losses came against the Pelicans, who were able to take advantage of the Phoenix D, scoring over 120 points in both games. Those are the types of numbers that have to make the Suns fans a little nervous with the Warriors about to roll into town, but Phoenix actually has a pretty decent home record versus the Dubs over the past 2 seasons. Phoenix have taken 3 of the last 4 from Golden State at home, which could well make them a pretty tricky proposition for a team looking to extend its win streak to 17.

The last 14 meetings between these two in Phoenix has seen the UNDER go 11-3. That seems like a pretty good bet, but it does make me a little nervous given how poor the Suns have played defensively of late. I like the Warriors to win this one by double digits in order to keep the streak alive.
Older post
Newer post