NBA News and Rumors
Now that Kobe Bryant has announced his retirement, one question has finally be answered – how long the shadow of this star who has stayed at least a year too long would hang over the Los Angeles Lakers, who find themselves in the NBA betting cellar of the Western Conference standings. Given the fact that Bryant is shooting 31 percent from the field and 19 percent from beyond the arc – both career lows – many people have wondered why coach Byron Scott won’t bench the player who is certain to be a Hall of Famer when his retirement finally comes.

But after practice one day, when asked if he would bench the aging star, Scott told ESPN.com, “I would never, never, never do that. That’s not an option whatsoever. No, that’s not an option.”Scott and Bryant played together way back when Bryant was a rookie. Now, Bryant is in Season 20 of a career that has taken place solely in Los Angeles. He takes more shots (16.4, #1 on the team) each game than he scores points (15.2). That 31.1 percent field goal percentage isn’t just the worst in his career – it’s the worst in the NBA (#122 of all 122 qualified players). That three-point percentage? It ranks #105 – out of 105 qualified players.Take a look at his performance last Tuesday against Golden State. He went 1 for 14. Bryant Starts and plays about 30 minutes per game, the second highest minute total of any Laker this season. So when Scott was asked what his plan for Bryant was, he indicated that he would try to keep Bryant in as good a shape as possible so that he has as many chances as possible to succeed.To be fair, Bryant has had three straight seasons end with an injury. The last was a torn rotator cuff in his right shoulder that he suffered after 35 games last season. He has worked hard to rehab each off-season, but Father Time comes for all players at some point in time. 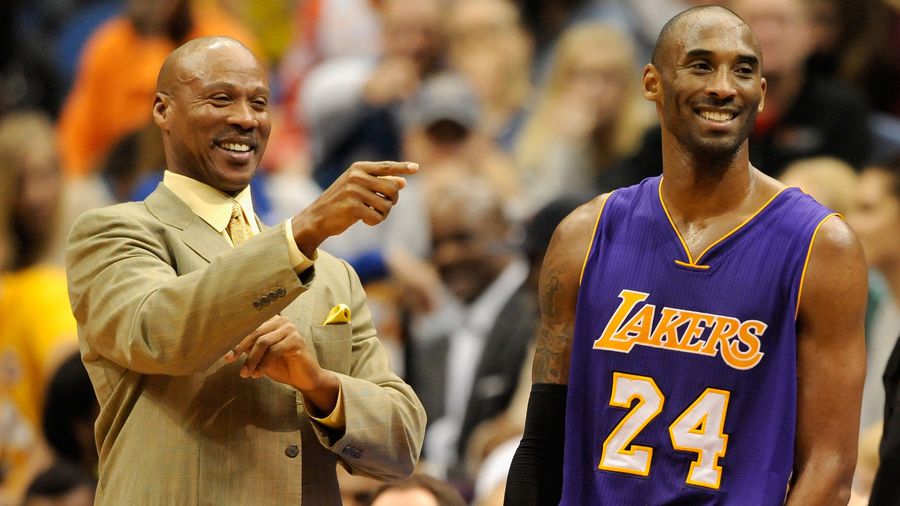 The heir apparent at the point, of course, is D’Angelo Russell. The Lakers drafted him a year into his college career, and Scott, a point guard himself, has not been patient enough with him. The Lakers need to see how Russell will mesh with Julius Randle and Jordan Clarkson this season, so that they can see what they need to add next off-season, when several huge free agents will be available and the salary cap will skyrocket, making it a free-for-all for teams to spend money.As Russell recently told the L.A. Times, though, “I’ve got to figure out what I’m doing wrong so I can correct it.” Isn’t that Scott’s job, to help Russell figure that out? The Lakers are still caught in a malaise of drama. Scott may be trying to win now with Kobe in the games, but that’s clearly not happening. Maybe the Lakers should have taken Jahlil Okafor instead of grabbing Russell and then trying to sign LaMarcus Aldridge in the free agent market, but they have Russell now, and he’s their future on the point. It’s time for Scott to move toward that future.
Older post
Newer post