NCAA Basketball Betting News
The Big East is probably going to be one of the most unpredictable conferences this season, going by the lack of preseason consensus about what to expect from it this season. On one hand, there is a section of college basketball betting pundits who are of the opinion that the 2015-16 NCAAB season will mark the return of the Big East to the helm of the best college basketball performers. On the other hand, others believe that the lack of consistency and solid talent in the Big East will make it one of the most disappointing conferences this season.Whichever side of the opinion court you belong to, this much is undeniable—the Big East will offer a lot of intrigue in this year’s online sportsbetting college basketball lines. Keeping that in mind, here is our preseason preview of the Big East conference.

The Wildcats have been one of the most lethal units in the nation for quite some time, and from the look of things, the 2015-16 campaign will not be any different. Not only is the roster loaded with quality players on both ends of the floor, but the addition of players like Jalen Brunson gives Villanova a lot of options to work with. This gives the team the outlook of the most efficient offense and defense in the conference, something that is likely to put them miles ahead of most of the teams in the Big East.

When you combine Roosevelt Jones and Kellen Dunham, who are arguably the best duo in the conference, with heralded North Carolina transfer Tyler Lewis, you get a dangerous tandem that is able to measure up to anyone. So, if the ‘Cats fail to take their chances, you can be darn sure that the Bulldogs will be next in line to challenge for the conference crown.

Like the Bulldogs, the Hoyas are well-capable of challenging for the runner-up position, if not the top honors in the Big East. This is mainly because they have enough shiny pieces to light up the court on a nightly basis. However, there is a legitimate concern that the GU team is very young and is yet to prove that it can play well on a consistent basis, no wonder we have some reservations about how high they’ll fly this season. 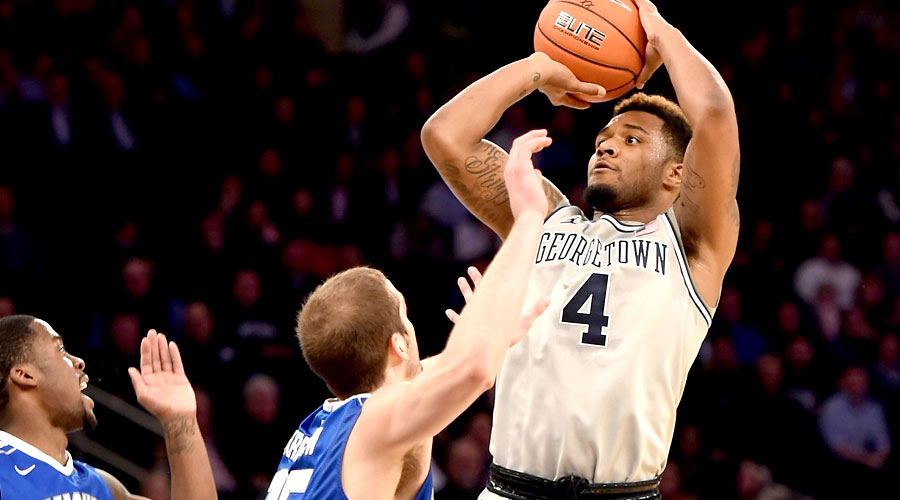 The fact that many NBA teams were already high on Smith-Rivera and were ready to recruit him during the NBA draft shows just how good he is. The decision to play in college for one more year should thus make him even a better player, giving him a great shot at taking the POY honors, especially if the Hoyas play well enough to finish among the top teams in the conference.

The Big East certainly has some talented coaches who can challenge for this spot, but the Bulldogs look like the most serious contenders for the conference title and Holtmann has proven his worth in the past, so if things work as we believe they will, then this award will be his to lose.

Ellenson is the top-rated recruit in the Big East this year, and the fact that he’ll be getting a lot of playing time in Marquette should allow him to become a solid impact player, thus helping his chances towards the rookie of the year title.
Older post
Newer post