NCAA Football Betting News
The Penn State Nittany Lions will look to snap a three-game losing streak and finish their 2015 campaign on a positive note when they face a Georgia Bulldogs team that will take the field without former head coach Mark Richt on the sidelines for the first time in 15 years. Penn State would like nothing better than a season-ending college bowl odds victory after its second straight mediocre campaign under head coach James Franklin while Georgia tries to get the ‘W’ under interim head coach Bryan McClendon before newly hired Kirby Smart takes over at his alma mater after Georgia fired Richt on Nov. 29. Now, let’s find out which one of these teams is more likely to notch a win when they take to the gridiron at EverBank Field in Jacksonville, Florida on Saturday, January 2 at 12:00 PM ET.

Why Bet The Penn State Nittany Lions Odds at +6.5

Because they’ve got Christian Hackenberg! The Nittany Lions (7-5 SU, 4-8 ATS) are a good wager in this contest because they have gifted quarterback Christian Hackenberg leading them. I know Penn State closed out their regular season with three straight losses including their humbling 55-16 beatdown at the hands of Michigan State in their finale, but Hackenberg is a player that has big-time talent, even if he hasn’t been put in the best position to succeed with the Nittany Lions. Sure, Hackenberg had a modest season in completing just 53.3 percent of his passes for 2,386 yards with 16 touchdowns and just five interceptions, but again, he’s an NFL prospect that I believe is a lot better than what we’ve seen the last two seasons. Penn State also has a talented rusher in freshman running back Saquon Barkley (1,007 yards rushing, seven touchdowns) and the Rotary Lombardi Trophy award winner in senior defensive end Carl Nassib, a player that led the nation with 15.5 sacks and tied for the national lead with 19½ tackles for a loss. The Nittany Lions average 23.7 points per game (101st) while allowing 21.7 points per game defensively to rank an impressive 27th nationally. 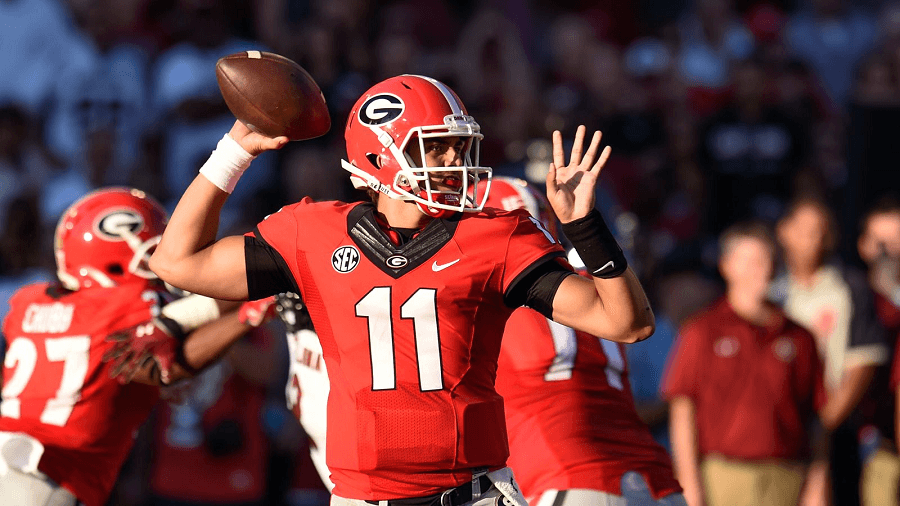 Why Bet The Georgia Bulldogs Odds at -6.5

Because they’re statistically better on both sides of the ball! Georgia (9-3 SU, 5-7 ATS) closed out their regular season by winning four straight, but I’m not overly impressed with the Bulldogs beating mediocre Kentucky, Auburn, Georgia Southern and Georgia Tech. Despite winning nine games, Georgia had its share of problems this season as junior quarterback Greyson Lambert battled inconsistency all season long while passing for 1,844 yards passing with 11 touchdowns and just two interceptions. The Bulldogs season took a huge hit when gifted sophomore running back Nick Chubb suffered a season-ending knee injury in early October. Backup Sony Michel has a solid season by rushing for 1,076 yards and seven touchdowns, but Chubb is the kind of player that comes along once in a decade. Georgia does have a trio of linebackers in Jake Ganus, Leonard Floyd and Jordan Jenkins that many believe is the best unit in the nation. Te trio combined for an insane 220 tackles and 9.5 sacks. The Bulldogs average 26.5 points per game (83rd) while limiting their opponents to just 16.9 points per game defensively to rank a stellar 10th nationally.

As much as I’d like to pick Penn State to win this game outright or cover the spread (Okay…I’m an alum) I just can’t bring myself to do it after watching the Nittany Lions down the stretch run of the regular season. Despite having a clearly talented player in Christian Hackenberg, Penn State’s offense often looks abysmal and dare I say…incompetent. I’m not really impressed with Georgia’s four-game winning streak as I stated earlier, but the Bulldogs are the better team on both sides of the ball and will bring home the bacon by a narrow margin. The favorite is 12-3 SU and 11-5 ATS in the last 16 TaxSlayer Bowls while Georgia is 4-0 SU and 3-1 ATS in its last four games. Georgia is also 8-3 SU in its last 11 games in January while Penn State has gone 0-4 ATS in its last four games after a loss. Last but not least, Penn State is 1-3 SU and 0-3-1 ATS in its last four games in January, making the Georgia Bulldogs the pick to win and cash in! My final score prediction: Georgia 27 Penn State 20
Older post
Newer post