NCAA Football Betting News
The Arizona State Sun Devil (4-4) will look to rebound with a win in Saturday’s college football odds after suffering a heartbreaking overtime loss to Oregon last week. To do so, the Devils will need to beat the Washington State Cougars, who will be hosting them at the Martin Stadium.  Despite not getting much attention in the preseason NCAAF lines polls, the Cougars have beaten the online sporstbook odds to become one of the pleasant surprises of the Pac-12 this year, a fact that is ascertained by the decent 5-3 overall record and 3-2 conference mark they bring to this contest, including marquee wins over conference darlings like Oregon and Arizona.
As both teams seek to make strides in their seasons, here is guide on what can be expected from them in this week’s online betting college football lines and odds.

Can’t wait to get back out in Martin Stadium! #GoCougs pic.twitter.com/OlBrYH4elR

Betting on Washington State
The Cougars were in a good position to beat a very good Stanford team last Saturday, but they couldn’t see out their surge, marginally losing 28-30 at home. Nonetheless, Washington State had a very promising show, leading Stanford 12-0 at half time, before a number of mistakes saw them blow away the lead in the final half of the game.
QB Luke Falk continued his strong performance this season, throwing 35 of 61 passes for 354 yards and two TDs with two INTs against the Cardinal. His game was supported by Gerard Wicks, who refreshingly recorded 78 rushing yards on 12 carries and Dom Williams grabbed seven receptions for 94 yards. 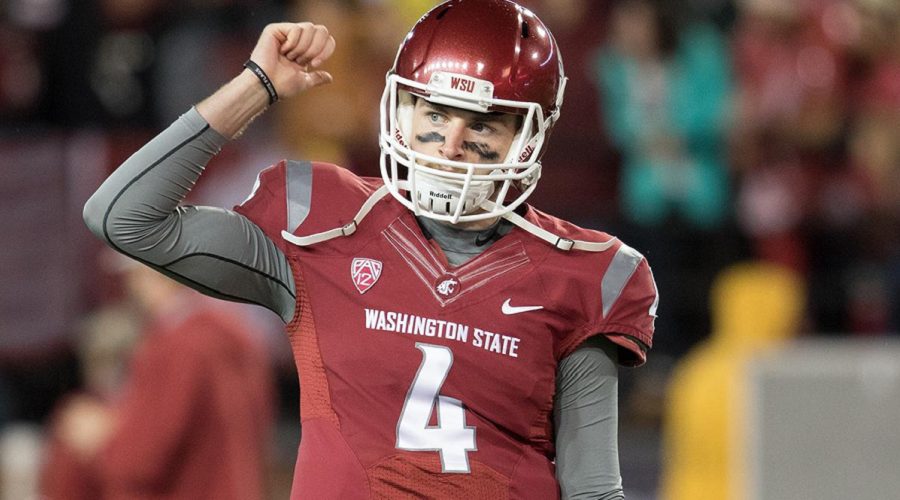 Offensively, Falk leads the Cougars this season with 3,239 passing yards and 28 TDs against six INTs so far this season, making him one of the leading passers in the country. WR Gabe Marks has been the biggest beneficiary of Falk’s hulk-like throws, grabbing 63 catches for 800 yards and 11 touchdowns, with Williams also getting his decent share of 48 receptions for 656 yards. The three players form one of the best aerial offensive partnerships in the Pac-12, something that is likely to cause trouble to the Sun Devils’ defense that is giving up 31.5 points with 395.9 yards per game.
In the defense, the Cougars impressively held Stanford to just 86 passing yards with 15 first downs. However, they got hurt in the running game, especially by QB Kevin Hogan, who had TD runs of 59 and 6 yards to help give Stanford a 27-22 lead with 41 seconds left in the final quarter. This defense will need to tighten up things on all fronts, as they go against the Sun Devils’ offense that is averaging an impressive 33.6 points with 460 yards per game this season. It is only by doing so that the Cougars can reclaim their near-invincibility that saw them record a three-game winning streak prior to the disheartening Stanford loss.
Betting on the Arizona State Sun Devils
Arizona State is clearly slipping relative to its Pac-12 competition, but the depths to which the Sun Devils will sink remain to be seen, considering they have been blowing hot and cold in unpredictable fashion this season. Last week’s 61-55 loss to Oregon condemned them to two straight losses in a row, with the worst part being that they showed strength in both games, yet couldn’t get the job done for the all-important win in the NCAAF Lines. 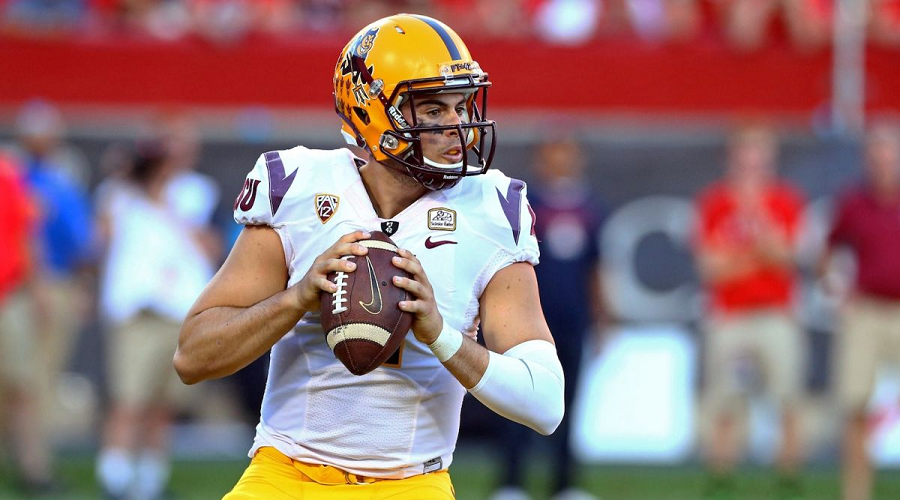 Against the Ducks, for example, QB Mike Bercovici was solid with 32 of 53 passes completed for 398 yards with five TDs against two INTs. Demario Richard also put in a good shift of work in that game, rushing for 135 yards on 19 carries and one TD, with Tim White securing nine receptions for a team-best 97 yards and one TD. In the end, none of those solid numbers mattered as they lost. This Saturday, it will be interesting to see the game plan that this talented Sun Devils offense will adopt against the Cougars defense that is giving up 30.9 points and 412 yards per game. But if we are to go by the numbers from both teams, the Bercovici-led offense should be good to torture the Cougars, especially if Richard and his fellow runners can come up big in the same way Stanford’s running game did last week.
Defensively, the Sun Devils have struggled to contain quick-tempo offenses, which is the reason they allowed a whopping 501 yards of total offense, together with conversions on all of Oregon’s three attempts on fourth-down conversions. As a silver lining, though, they did hold Oregon to just 3-of-14 on third-down conversions, and if they can replicate such a performance (along with a stingier fourth-down defense), they could be able to contain Washington State on a good number of occasions in the game.

This game will be an exciting encounter between two programs that are right in the middle of the Pac-12 race and have the weapons to beat any type of opponent. Nonetheless, Washington State has a superior passing game, an improved running game, and good enough defense, which offers better prospects to bettors than Arizona’s solid offense (both running and passing) but with a questionable defense. For that reason we believe the Sun Devils will make more mistakes, especially in the defense, hence allowing the home-favored Cougars to continue their impressive season with a win plus cover of the spread, possibly with an OVER in the totals.
Older post
Newer post