NCAA Football Betting News
This Tuesday saw the release of the penultimate set of College Football Playoff rankings, and the top five (Clemson, Alabama, Oklahoma, Iowa and Michigan State) remained unchanged. Ohio State now sits at #6 after beating #10 Michigan last week, and Stanford sits at #7 after beating #6 Notre Dame on a last-second field goal; the Irish are now #8. Florida State (10-2) and North Carolina (11-1) round out the top ten.

There are a couple of things that I still don’t understand about some of these rankings. I understand why you rank Ohio State ahead of Stanford, Notre Dame and Florida State because Ohio State has one loss while the other programs have two, but I don’t see why North Carolina is ranked #10. This is a tough football team that has a shot at knocking off Clemson in the ACC Championship Game this weekend. If you look at the wins that Ohio State has, their resume is not four slots higher than North Carolina’s, particularly since Ohio State doesn’t even have a spot in the Big Ten Championship game. The committee still has too much subjectivity at its disposal; teams that don’t win their conferences should not appear in the College Football Playoff. I don’t know why the college presidents and the conferences didn’t insist on that in the negotiations.Even so, Ohio State and Stanford appear to need help to crack the top four. Oklahoma made a huge statement by sweeping Baylor, TCU and Oklahoma State to emerge as the undisputed Big 12 champion, which is the opposite situation from last year, when there really wasn’t a way for the committee to differentiate between Baylor and TCU, so they chose neither, and so Oregon and Ohio State took the 3- and 4-spots. If Michigan State beats Iowa in the Big Ten championship game, there’s no way Ohio State would pass Michigan State – and no way for Stanford – so Michigan State would take the 4-spot. If Clemson or Alabama falls, that’s the only way for Ohio State, Stanford or anyone else to get a look. 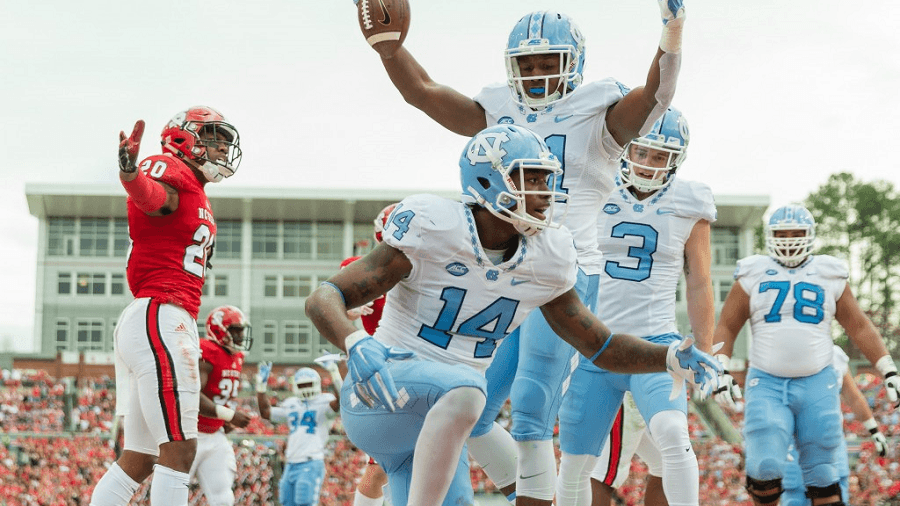 But what about North Carolina? For some reason, they haven’t impressed the committee. I don’t see any rational reason to have North Carolina behind a two-loss team from its own conference (Florida State), so it must simply have to do with reputation, particularly if you look at that bad FSU loss to Georgia Tech. North Carolina would have to beat Clemson soundly, and Stanford would have to lose to USC in the Pac-12 championship. They would still have to get past Ohio State, which appears to be riding its laurels from last year in the committee’s alleged “eye test” ratings.What if Florida can upset Alabama? The Gators sit at #18 in the rankings and have two losses. If Alabama doesn’t win, the SEC will not have a playoff team.
Older post
Newer post