NCAA Football Betting News
From the playoff semifinal matchups between Oklahoma and Clemson, along with Michigan State and Alabama, to the New Year’s Six bowl games; there are plenty of interesting matchups in store for college football bowl betting enthusiasts in the 2015-16 NCAAF 40-game schedule. Here are the essential details on how to watch and bet on the top-5 games:

This is not only the most watchable semifinal because it occupies the prime-time window on a Thursday, but because it features two teams that know how to win ugly and comfortably in equal measure. Plus, it also features two of the best coaches in NCAAF in Alabama’s Nick Saban, a former Michigan State coach, and MSU’s Mark Dantonio, who’s been a master at upsetting big opponents. Having tasted the playoff last year, the Tide will be out to give a good account of themselves and go all the way to the final and prove that they aren’t an overrated bunch. The Spartans, on the other hand, enter this contest with an underdog reputation like last year’s Ohio State team, and are hoping to repeat a similar run. This sets up an enthralling primetime clash that is worthy of your full attention. Prediction: Alabama lives up to its hype, stifling Sparty through its mean defense to win the game quite handily, as Derrick Henry continues to shine.

So, we all know that the Clemson Tigers, who were the lone undefeated Power Five Conference team, deserved the No. 1 seed in the playoffs. But how comes they are placed as underdogs to the one-loss Oklahoma Sooners? I mean, I know the Sooners have had extra rest since beating Oklahoma State on November 28th, and Bob Stoops is as realest as they come when we are talking about tactfulness in big games. But can’t we say the same for Dabo Swinney and his revolutionary changes in Clemson? Anyway, all the same, this matchup is bound to be a thrilling one, as Swinney and Stoops take center stage. Not to mention, Heisman Trophy finalists QB Deshaun Watson (Clemson) and QB Baker Mayfield (Oklahoma) will also be flexing muscles in a thrilling quarterback matchup. And as if that is not enough, the Sooners were destroyed by the Tigers in in last season’s Russell Athletic Bowl, so OU will come into this game with extra motivation to get revenge. Who will stand tallest when all is said and done in this playoff semifinal? Only one way to find out… Be sure to tune in for the game! Prediction: Clemson upsets the favored Sooners to go to the Final.

The Buckeyes, coming off an obliterating win over rivals Jim Harbaugh and Michigan Wolverines, are hoping to end their season on a high note after suffering their home loss to Michigan State yanked them out of the playoff race. As the defending National Champions, and with the immense talent they had, the Buckeyes will somehow feel disappointed for not going all the way to the playoffs. Even so, this New Year’s Day afternoon matchup should offer a good consolation to them, especially because they’ll be playing against a Notre Dame team that also missed out on the playoffs narrowly after losing to Stanford in their season finale. Add the coaching duel of Brian Kelly (Notre Dame) and Urban Meyer (Ohio State) into the mix, you are not only guaranteed to have a fully packed stadium, but also a lot of pounding in the NCAAF lines, as fans from both Midwestern football powerhouses rally behind their teams. Prediction: Notre Dame gives an all-rounded performance to eke out a close win over the Buckeyes. 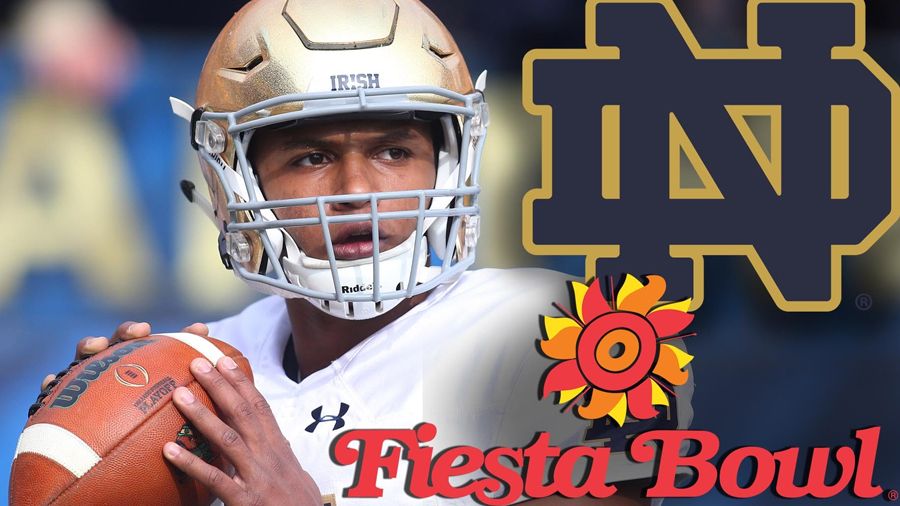 Before we go any further, I’d like to send my sincerest apologies (and congratulations) to the Hawkeyes, whom I didn’t peg as a team worthy of finishing the regular season unbeaten, leave alone matching all the way Big Ten Championship game and giving MSU all kinds of trouble to finish as the fifth-ranked team in the country. That said, Stanford (despite its fair share of hiccups in the season) also deserves praise for finishing as the best team in the Pac-12 conference, amidst stiff competition from the likes of Oregon, Utah, UCLA and USC. Now, whereas I don’t think this game will pack a lot of tempo and scores (don’t take my word for it ‘coz I’ve been wrong before); I believe that playing at 5 PM on a nationally televised game as we celebrate the new year should offer a legitimately good matchup on the merits of what both schools have achieved this season. Prediction: Heisman finalist RB Christian McCaffrey (NCAAF-best 3,496 all-purpose yards this season) explodes for another big game, leading Stanford to a rather comfortable win over the Hawkeyes.

Despite playing themselves out of playoff contention with their two losses late in the season, the Horned Frogs should not be ashamed of their achievements, given that both defeats mainly came due to injuries of their key players (including Heisman contenders QB Trevone Boykin and WR Josh Doctson). Plus, looking at what happened to once high-flying teams like LSU and Baylor or preseason favorites like Georgia and Auburn, the story could have actually been worse. For Oregon, injuries largely contributed to their struggles as well, though like TCU, their defense also had some share of blame in terms of allowing cheap points. And that brings me to the reason why I fancy this game to be better than the Peach, Sugar and Russell Athletic Bowls. For starters, Boykin is expected to be healthy by January 2nd and his No. 1 receiver, Doctson, also said he expects to be fit for the Alamo Bowl. The Ducks, meanwhile, will equally have nearly all of their key players healthy, allowing for a good matchup. With Oregon’s fluid and high-tempo offense matching up against the Boykin-led offense that is well-known for its triple-threat attack system; this game fully guarantees a shattering of the scoreboard, as both teams impress in a shootout affair at the Alamodome. Prediction: The Ducks hang close until late, but TCU just about manages to outscore the Ducks, giving TCU’s Gary Patterson a much-needed consolation victory over Oregon’s Mark Helfrich.
Older post
Newer post