NCAA Football Betting News
In one of the most anticipated NCAAF betting encounters of the weekend between unranked teams, the Southern Cal Trojans (7-3) and the Oregon Ducks 7-3 will be meeting for the first time since 2012, thanks to the Pac-12 schedule rotation. With only two regular season games to play this year, USC control its destiny atop the Pac-12 South Division, while the equally-resurgent Ducks can keep their hopes of winning the Pac-12 North crown alive by bagging a win this Saturday. Which of the two programs will win this crucial game at Autzen Stadium? Here’s everything you need to know about placing your wagers on this game in the NCAAF betting.

USC and Oregon are set to square off for the first time in three years. Only 24 hours left to wait… #FightOn pic.twitter.com/7sX7ND92xD

USC at Oregon NCAAF Betting & Game PreviewVenue: Autzen Stadium, Eugene, OregonDate: Saturday, November 21, 2015Time: 3:30 PM ETTV: ESPNNCAAF Lines: USC (+4) at Oregon (-4)Entering this clash, the Oregon Ducks have won four games in a row including a 27-24 win over a determined Colorado program on the road last Friday. Oregon was lucky to win the game as Colorado played one of its best games of the season, despite losing QB Sefo Liafau to injury in the first half. The Ducks, however, proved that they were hungrier for the win, making enough plays on both ends of the field to see out the crucial win.QB Vernon Adams Jr. starred for the Ducks last week, as he went 10 of 12 for 205 yards with two TDs, capping up an incredible night. RB Royce Freeman also had an amazing game, as he rushed for 105 on 16 carries with one touchdown.Mind you, the Colorado win came after they looked very impressive in their 38-36 win over Stanford two weeks, something they’ll need to maintain against the USC defense that is giving up 22.7 PPG and 385 YPG, and has shown massive improvements in the second half of the season. Notably, Oregon was unbeaten in the whole of last month, a momentum they would love to maintain in their remaining games of the season, if they are to remain relevant in the race for the Pac-12 North Crown.Meanwhile, the Ducks’ sack-happy defense is led by DE Tyree Robinson and Tyree Robinson, ILBs Rodney Hardrick and Joe Walker. This defense boasts of 29 sacks, 8 fumble recoveries with 11 interceptions so far this season despite allowing 32.9 PPG with 489 YPG. The expectation is that this defense will rally behind its strong home ground support on Saturday in the bid to stop the Trojans offense. That, however, remains to be seen, as they face a lethal USC offense that is impressively averaging 36 PPG with 465.4 YPG this season.Last week, for example, the Trojans trailed their game 17-6 at the half, before QB Cody Kessler bounced back in astounding fashion, with all of his three passing TDs coming in the first three drives of the second half. He finished the game with 204 passing yards, three TDs and one interception on 17 of 27 passing. 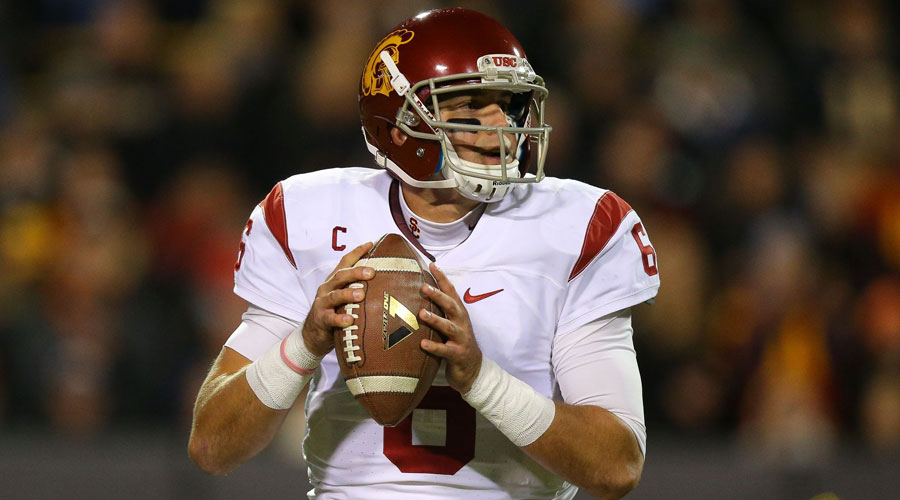