In a highly anticipated PAC-12 college football odds showdown this weekend, the Arizona Wildcats (5-4) travel to Los Angeles, California to take on the USC Trojans (5-3). These two programs are headed in different directions ahead of Saturday’s clash. On one hand, USC  is riding on a two-game winning streak following wins over Utah and California, while the Wildcats are on a two-game losing skid with back-to-back losses to Washington State and Washington, respectively. Follow the online sportsbetting preview below as we breakdown this NCAAF betting clash, while also providing n.

Throwback Thursday: Arizona vs. USC through the years https://t.co/mmUwdemH8X pic.twitter.com/ehlX7ibdwG

Offensively, the Trojans are one of the most productive and efficient units, leading the Pac-12 (and in the national top-10) in completion percentage and passing efficiency. They also rank in the country’s top-25 in passing yards, scoring and total yards. QB Cody Kessler is the most important piece of this offense, topping the Pac-12 and featuring in the top-10 in the nation in both completion percentage and passing efficiency. 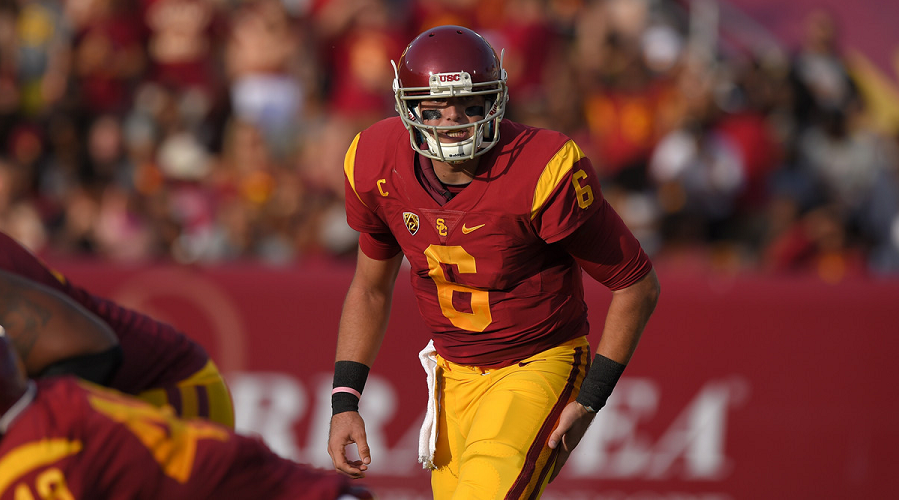 Kessler impressed in the previous game, completing 18 of 22 passes for 186, as he led the Trojans to a stunning 27-21 win over California. Although the senior signal caller did not throw a touchdown, he was able to combine well with his runners, Ronald Jones II and Tre Madden, who combined for 142 rushing yards with two TDs on the ground. The three are expected to have a more-or-less similar display against Arizona’s defense that is giving up 34.2 points with 453.4 yards per game.   The defense played a big role in the previous win as they picked off Golden Bears’ quarterback Jared Goff two times in the game, which gave Kessler and his time to plan attacks of their own. Notably, this Trojans D-line has forced six interceptions in the past two games, and has scored four touchdowns (second nationally) this season while averaging 1.3 in turnovers. Given their surging performances and their solid numbers, this defense could cause all sorts of trouble to the Wildcats’ offense that is averaging scoring 37.4 points with 512.2 yards per game.   Conversely, the Wildcats have lost four of their last six games, including the embarrassing 49-3 blowout loss to Washington last Saturday. QB Anu Solomon had a poor game in that outing against the Huskies completing, completing 18 of 31 passes for just 160 yards with two interceptions and zero TDs. Jared Baker was also held on check, as he finished with 67 rushing yards on 19 carries while Nate Philips also struggled, finishing the game with three receptions for 56 yards.

There is however some hope that Solomon and his offense could be due for an improvement this week, given Arizona had scored at least 30 points in the previous three contests before scoring three against Washington. Of course, a rejuvenated performance will be importantly required from them, considering they will be facing a disciplined Trojan defense that is only giving up 21.6 points with 394.6 yards per game.   Arizona’s defense, despite the missing the solid play and leadership of injured LB Scooby Wright, Pac-12’s Defensive Player of the Year, will also need to pull up some major stops if they are to have a chance of containing the Trojans’ impressive offense that is averaging 37.4 points with 481.1 yards per game so far this season.

The Trojans are coming off wins against Utah and California and, prior to that, their two losses were against a tough Huskies team and No. 8 Notre Dame, an underlining statement about their winning credential. The Wildcats on the other hand are a team with some solid offensive talents like Solomon, but are not playing very well right now, and their defense is in shambles. For you betting, you should therefore pick USC to win here, putting up a lot of points against a very poor Arizona’s defense. However, Solomon and Co. should be able to show more offensive strength, allowing them to cover the spread, with the total going OVER.
Older post
Newer post