NCAA Football Betting News
If NCAAF odds fans follow Texas Longhorns football at all, then they likely have been wondering what level of hell they descended to. If they turned on the TCU game in the fourth quarter this past week, they may have seen TCU lining up for a field goal, up 47-0. The kick went wide right, but a flag had flown. The Longhorns were called for an odd penalty called “disconcerting signals.” This is a penalty that almost never gets called, but it earned the Horned Frogs a re-kick, and a 50-0 lead.

However, that was just the latest in a sign that the Longhorns’ season is definitely star-crossed. When the TCU-Texas game hit the end of the first quarter, TCU was already up 30-0. The Horned Frogs and Longhorns have been playing since 1897, and TCU had never scored more than 30 against Texas in one game. The special teams horrors that cost the Longhorns victories against Cal (a missed extra point) and Oklahoma State (an awful punt leading to an OSU field goal) continued against TCU. The Longhorns missed two field goals, saw a punt snap go over the head of the punter and out of the end zone for a safety, and then kicked the ensuing free kick out of bounds. 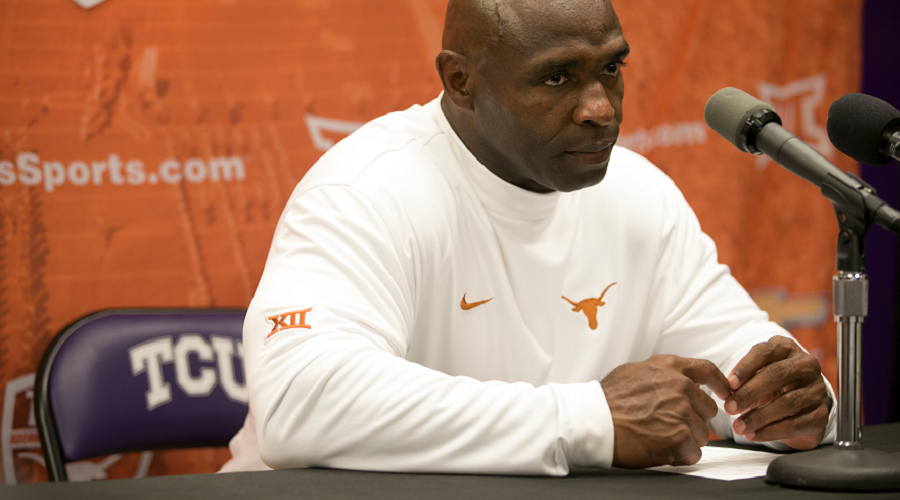 It’s not like head coach Charlie Strong hasn’t been trying to make changes. In Week 1, Notre Dame embarrassed the Longhorns, 38-3, and Strong let the receivers coach call plays instead of the offensive coordinator. After Week 2, Texas fired the athletic director. During the TCU game, the person who runs the Texas Rangers’ Twitter feed sent out the message “Fire Charlie. #bye.” The Rangers later apologized, but the damage was done. During halftime of that game, freshman cornerback Kris Boyd of the Longhorns stopped listening to the halftime speech long enough to retweet a suggestion from someone else that he transfer over to Texas A&M. Boyd has apologized too. 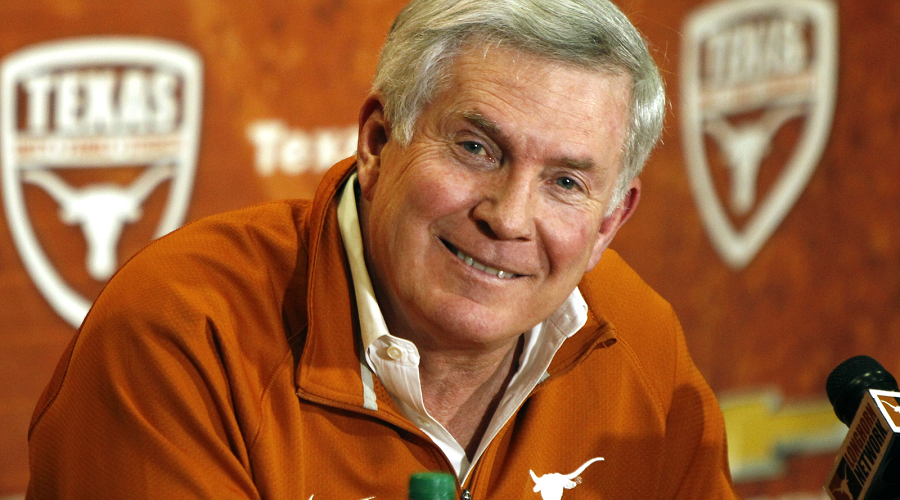 So, can Charlie Strong right the wrongs that had appeared under Mack Brown? Is he about to be fired? One interesting thing is that Charlie Strong was hired because of his pledge to undo all the things that Brown stood for and make a program that was high in character – and in wins. However, Strong has struggled to find wins, thanks in part to the poor recruiting that Brown had done in his past few seasons.
If you look at some of the tweets that came out during the TCU game, you can see that people are still angry at Mack Brown:

Charlie Strong is not without some blame, but casual fans don’t realize how bad the situation in Austin was post-Mack Brown.— Matt Miller (@nfldraftscout) October 3, 2015

Brown and Strong were basically opposites. Brown ran his program like a country club – even taking players from the locker room to the practice field on a bus with air conditioning. Strong got rid of the bus and took the longhorn off the helmet during tryouts and practice. Strong talked about the importance of adding toughness back to the UT program. Strong has brought the type of morality to his team that drives out laziness, greed and drugs. He is the one who Roger Goodell turned to in order to find out how to look tougher. So Strong is building top-10 recruiting classes – but it will take time. For now, he’s playing with the floundering talent of Mack Brown.
Older post
Newer post