NCAA Football Betting News
The Land of Lincoln Trophy will be up for grabs this weekend when the Illinois Fighting Illini 5-6 square it off against Northwestern Wildcats (9-2) in a regular season finale NCAAF betting matchup this Saturday. A win for Illini would mean that they’d qualify for a bowl game, despite losing their last two games in a row. As for the Wildcats, a win on Saturday will boost their résumé and give them a chance of finishing the regular season on a double-digit wing mark for just the fourth time in program’s football history. Which of the two teams will claim this all-important win? Let’s find out in the preview below, and don’t forget to check the free football picks highlighted at the end of the game analysis.

Final regular season game for 22 #Illini seniors Saturday. A win at @SoldierField will give ’em one more! pic.twitter.com/JFa1eLAwJ3

Illinois had a chance to clinch a bowl game with a win against Minnesota last Saturday, but it was the Gophers who came out on top with a 32-23 win in the game. QB Wes Lunt was amazing for the Illini, as he went 34 of 47 for 279 yards with two TDs and one interception, RB Josh Ferguson contributed 105 rushing yards on 20 carries, and WR Malik Turner finished the game with 11 receptions for 126 yards with one touchdown. The three were, however, not able to lift the team to victory, suffering the loss because of the indiscretions committed on the defensive side of the ball. In order for the Illini to avoid a similar feat this Saturday, they will need their 23rd-ranked pass defense (allowing 187.4 yards per game through the air) to play well. But more importantly, Illinois’ rushing defense will need to clean up its act after Minnesota’s RB Shannon Brooks torched them for three touchdowns, with the Gophers combining for 255 rushing yards in the game. Against the Wildcats’ offensive ground game that is averaging 192.2 yards per contest, another slackening performance will need to be avoided if the Illini are prevent a similar embarrassment this Saturday. Meanwhile, the Wildcats are hoping for another victory like they did in the last week’s performance, when they beat Wisconsin 13-7. QB Clayton Thorson was terrible for Northwestern as he threw for just 60 yards on 9 of 20 pass completions. Nevertheless, Justin Jackson had an outstanding performance on the ground for the Wildcats, rushing for 139 yards and one touchdown on 35 carries to help the Cats jump past stingy Badgers. Thorson and his offensive are expected to have a better game against the Illini’s defense that is allowing 23.2 points and 350.9 yards per game, but that will only happen if both the receiving and running game join the party. 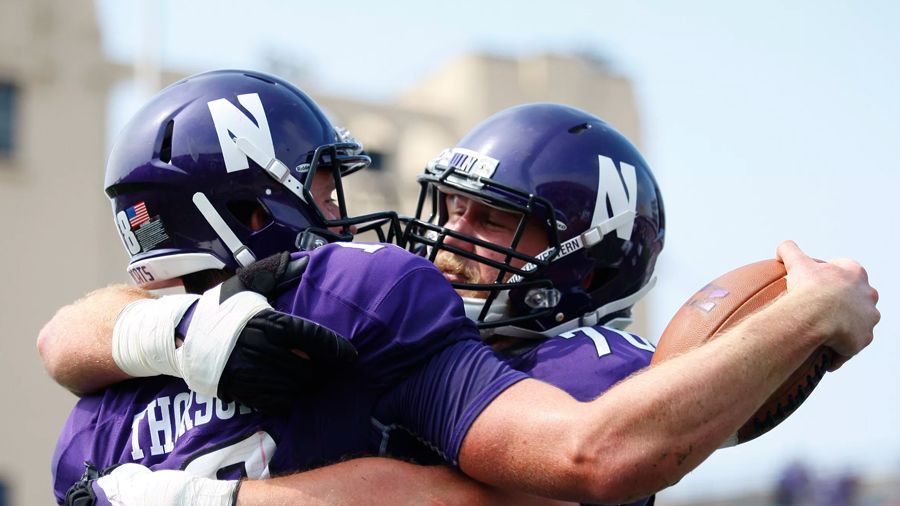 Commendably, the Wildcats played a superb defensive game in the win at Wisconsin, something that will need to continue this week. This D-line was led by defensive end Deonte Gibson, who recorded three sacks to take his numbers to nine on the season and earning himself a co-defensive player of the week honors from the Big Ten. Linebacker Nate Hall also played well, filling in for the injured Jaylen Prater, and safety Terrance Brown equally stepped up his game in the absence of injured senior safety Traveon Henry. The three will, however, not be having it easy, going against Lunt and the Illini’s passing attack that passes the ball 43.4 times per game, which is ranked fourth-most in the nation. As a saving grace, though, the Cats are allowing just 121.5 rushing yards per game this season, 18th in the nation, which Ferguson and Co. from moving the chains on the ground.

While the Illini may be playing a tough game with a bowl bid on the line, the Wildcats look way too good defensively to give this game up. Also, Pat Fitzgerald is eager to continue to build his program and would love for Northwestern to do so by challenging for a nice bowl game. That said, it won’t be pretty for the Wildcats, but they should do enough to win and cover the game’s cheap spread, with the total probably going high enough for an OVER.
Older post
Newer post