NFL News and Rumors
The Denver Broncos are looking good under backup center Brock Osweiler while the San Diego Chargers snapped their lengthy losing streak the last time out.Now, let’s find out which of these AFC West conference rivals will cover the NFL betting line.

The Chargers snapped their six-game losing streak by beating Jacksonville 31-25 on Sunday to cash in as a 5-point road favorite.Philip Rivers threw four touchdown passes in the win as the Bolts got their first win in nearly two months.”This was long overdue,” Rivers said. ”It feels good. We leaned on each other a lot today. By no means does 3-8 sound wonderful, but winning today sure does.”Rivers passed Joe Montana (273) and tied Vinny Testaverde (275) for 11th on the NFL’s all-time passing touchdown list.”You think about all the guys that protected you over the years, all the guys that made catches,” Rivers said. ”It’s definitely a collective kind of milestone. Every pass has to go to someone who has a hand in making it a completion. It’s a lot of yards. I’m just glad that I’ve been able to be out there for 155 games in a row to reach something like that.”Rivers completed 29 of 43 passes for 300 yards in the win. 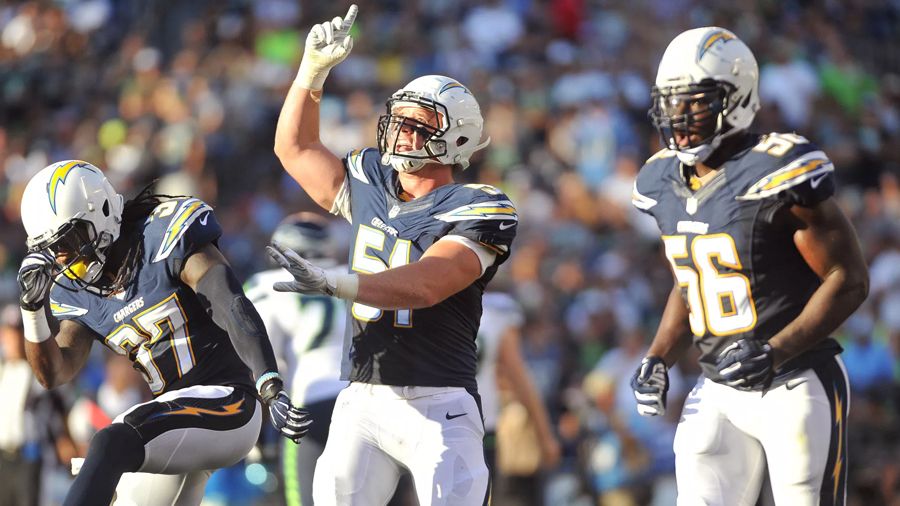 Denver has won two straight and handed the New England Patriots their first loss of the season in their 30-24 overtime win on Sunday.The Broncos were lifted to victory when C.J. Anderson ran 48 yards down Denver’s sideline with 12:32 left in overtime.”It didn’t look good at times,” Broncos coach Gary Kubiak said, ”but we figured out a way to get it done.”Anderson rushed for 113 yards and two scores on 15 carries.”That’s what great players do,” Osweiler said. ”No matter what happens in the first quarter, second quarter, third quarter or even early fourth quarter, big players step up in big times.”

The Chargers got a nice win over Jacksonville to make my Week 12 pick on that contest go down the drain, but I’m coming right back to go against the Bolts again in Week 13.The Broncos have looked pretty damned good in winning each of their last two games under Brock Osweiler and I believe they’re the easy pick to take down San Diego because of their elite defense.Prior to beating the Jags last weekend, San Diego had lost six straight while getting held to 20 points or less four times and that is the kind of offensive production I expect Denver to limit the Chargers to in this contest.The Broncos have posted a perfect 4-0 ATS record in their last four road games against the Chargers while the road team has gone 8-1-1 ATS in the last 10 meetings overall.Denver is also 10-3 ATS in their last 13 games in the month of December and a robust 18-7-1 ATS in their last 26 games against their AFC West division rivals.Conversely, the Chargers are just 1-4 ATS in their last five games against a team with a winning record and a pitiful 1-01 ATS in their last 11 home games.Mark it down right now, Brock Osweiler leads the Denver Broncos to another win – and an accompanying ATS cover in this contest – and 63 percent of the betting public agrees!