NFL News and Rumors
After falling just short of beating one unbeaten team the last time out, Andrew Luck and the Indianapolis Colts will look to complete the same NFL betting task when they host Peyton Manning and the unbeaten Denver Broncos on Sunday at Lucas Oil Stadium. Now, let’s find out if the Colts can pull off the upset for their online odds fans at home and bring home the bacon as slight home dogs.

The Broncos absolutely dominated formerly unbeaten Green Bay in their 29-10 Week 8 win while easily covering the spread as a 2.5-point home favorite.
Manning completed 21 of 29 passes for 340 yards and while he failed to toss a touchdown pass, Denver still cruised to victory as running back C.J. Anderson rushed for 101 yard sand one score on just 14 carries. Wide receiver Demaryius Thomas caught eight passes for 168 yards in the win and running back Ronnie Hillman added two touchdown and 60 rushing yards on 19 carries. “Everybody on offense has been working hard to try to improve and play better and I thought we did that tonight,” Manning said. “It proves when we do execute we are capable of making some big plays but you’ve got to do it every week.” 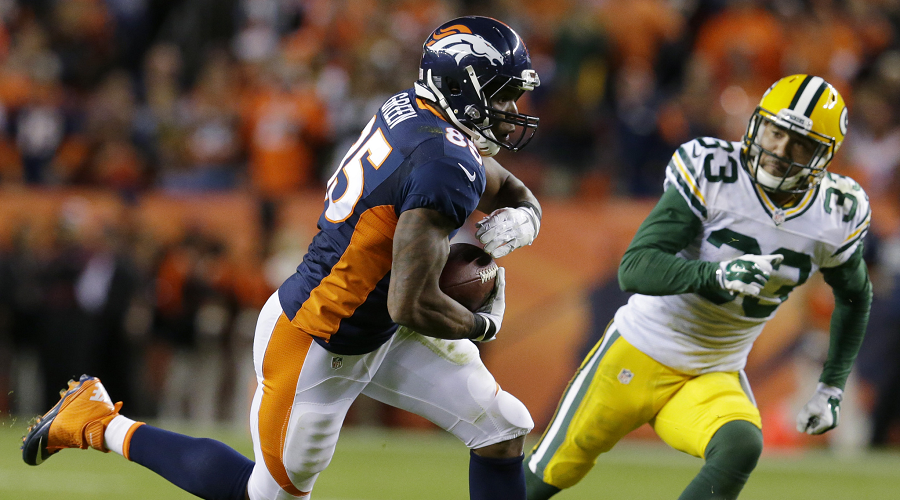 The Broncos improved to 7-0 for the second time in franchise by harassing Aaron Rodgers into a pitiful 14-for-22 passing day for a mind-boggling 77 yards. “We went out there wanting to make a statement,” Broncos tight end Virgil Green said. “I feel like towards the end, we just had them. We were manhandling them and I felt good about our execution.”
The Broncos are ranked 13th in scoring (24.0 ppg) and a stellar first in points allowed (16.0 ppg).

Indianapolis put up a great effort, but failed to seal the deal in their 29-26 Week 8 overtime loss against the unbeaten Carolina Panthers, although they did manage to cover the NFL betting line as a 5-point road dog.
The Colts stormed back from a 17-point deficit in the final seven minutes of regulation as Luck briefly caught fire. “We’ve got to fix those things in practice and fix them in games,” said Luck. “We did some decent things to give ourselves a chance but messed up at the end by throwing an interception.” 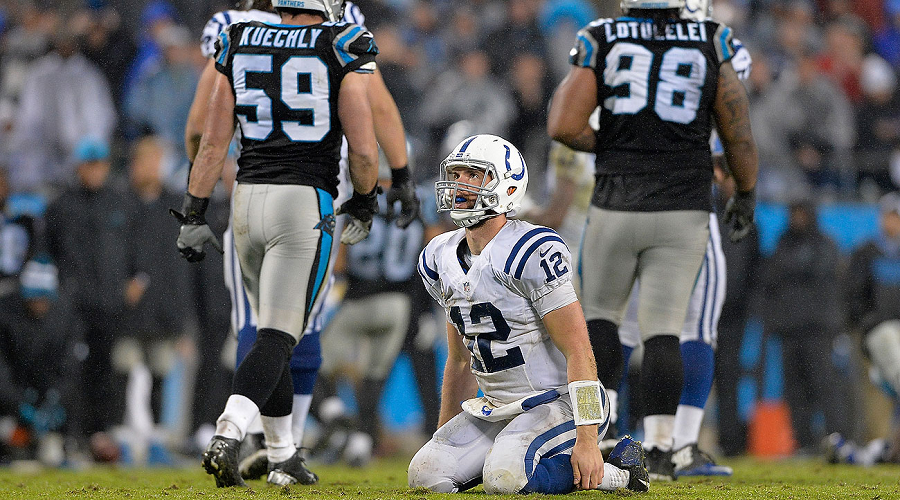 Luck completed 23 of 47 passes for 232 yards and two touchdowns, but also threw three costly interceptions, including one in overtime that set up the Panthers game-winning field goal. “(Our defense) kept us in it and gave us a chance to win it,” Luck said. “The Panthers made the plays when they needed them.”
The Colts are ranked 20th in scoring (21.6 ppg) and 21st in points allowed (25.4 ppg).