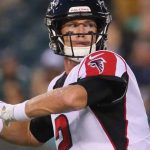 The struggling Carolina Panthers pulled starting QB Sam Darnold from their Week 7 loss, but he will start Sunday’s matchup at Atlanta as the Panthers try to end a four-game skid. The Falcons are favored on the NFL odds. How to Bet Panthers at Falcons NFL Odds & TV Info When: Sunday, 1 PM ET Where: Mercedes-Benz Stadium, Atlanta TV: Fox Radio: http://www. The NFL playoffs are a single-elimination tournament held after the regular season to determine the NFL Super Bowl champion. Six teams from each of the league's two conferences qualify for the playoffs based on regular-season records.

The NFL is the only one of the four major professional sports leagues in the United States to use a single-elimination tournament in all rounds of its playoffs. MLB, NBA, NHL) all use a "best-of" playoffs series format instead.

The preseason is over, and teams are making cuts to get down to the 53-man roster that will start the regular season. There will be a final flurry of moves, as players cut by their teams end up landing on another roster to cover for injury or perceived holes. The most interesting of those at the moment is Cam Newton, who was cut by the New England Patriots on Tuesday morning. It would be a surprise not to see him land with another team, albeit in a backup role. Still, for the most part, the rosters are set, and we have a general idea of how things might play out this season. As always, though, there will be a surprise team or two that rises up and makes the playoffs. Those are the teams we are going to look at now, with 3 in particular on our radar. Let’s jump right into action so you can bet against the NFL Playoffs odds throughout the 2021 season.

Sleeper teams poised to break into the 2021 NFL playoffs

The Chargers missed the playoffs last season after going 7-9, which ended up costing head coach Anthony Lynn his job. Missing the playoffs is always a disappointment, but it is not all doom and gloom for the Chargers. They had the Rookie of the Year in QB Justin Herbert, who, assuming he avoids a sophomore slump, could take another big step forward this season. They also have some very nice pieces on the defensive side of the football and could prove to be a very tough nut to crack. Let’s not forget that 7 of the Chargers‘ losses last season were by a single score. If they were to even have managed to win 3 or 4 of those, things would have been very different indeed. This is a team that has a definite shot at making the playoffs.

The NFC East was an absolute nightmare last season, with the Washington Football Team winning it and going to the playoffs with a losing record. We would certainly expect it to be stronger this coming season, but not so much so that 9 or 10 wins might be good enough to win it. If you look at the teams in that division with the potential to reach that number, it is perhaps the Giants who might well be the most likely. The benefit that the Giants have here is that their schedule is relatively manageable, as they will face just 5 teams who ended last season with a winning record. That said, QB Daniel Jones needs to step up in his 3rd year. If he does, the Giants could win the division.

This feels a little bit like déjà vu in that I also spoke about the Arizona Cardinals as a dark horse last season. They certainly looked to be the part, jumping out to a 5-2 record before falling apart in the second half of the season. The addition of veterans on both sides of the football might well help their cause this season. J.J. Watt could be a great addition, assuming he can stay healthy, while A.J. Green will give Kyler Murray another great target on the offensive side of the football. The Cardinals might well bite me for the 2nd straight season, but I am still taking a shot here.

Posted: Wednesday, September 1, 2021 11:47, EDT
The preseason is over, and teams are making cuts to get down to the 53-man roster that will start the regular season. There will be a final flurry of moves, as players cut by their teams end up landing on another roster to cover for injury or perceived holes. The most interesting of those at the moment is Cam Newton, Read More

Posted: Monday, August 16, 2021 11:40, EDT
In August, every NFL team thinks it is a legitimate playoff contender, even if that’s a pipe dream. Here are three clubs who might be playoff teams in the eyes of the public or even NFL oddsmakers but that we believe are pretenders this year – with odds to make the postseason. Predicting NFL Playoff  2021 Minnesota Vikings (-105 to Read More

Posted: Friday, August 6, 2021 3:58, EDT
One of the more interesting, and often highly profitable, NFL future bets is on teams to make or not to make the playoffs. While we won’t score big profit on teams like Kansas City, Tampa Bay, and Buffalo, we can make money on borderline playoff teams like the Chargers, Dolphins, and Patriots. Check out current to make the playoffs or Read More

Posted: Sunday, January 24, 2021 11:06, EST
Tampa Bay Buccaneers vs Green Bay Packers Score NFL Conference Championships Result | NFL Betting Odds & Scores For the second straight year, the Green Bay Packers suffered a gut-wrenching loss in the NFC Championship game. That was a brutal break for Aaron Rodgers, since he is most likely the MVP of the NFL regular season but will be Read More

Posted: Thursday, January 21, 2021 2:57, EST
Okay MyBookie NFL betting nation, we’re down to the final four! With both conference championships set for Sunday, it’s time to take a fun-filled look at my playoff power rankings for each of the four teams still in the hunt to win the 2021 Vince Lombardi Super Bowl trophy. Let’s get right to it so you can make your bets Read More