NFL News and Rumors
Matt Ryan and the Atlanta Falcons will look to bounce back from their stunning Week 8 loss against rebuilding Tampa Bay when they host a reeling San Francisco 49ers team that just benched former starter Colin Kaepernick.Now, let’s find out if the Falcons will win and cash in for you on NFL lines!

The Niners have lost two straight and six of seven, including its humbling 27-6 Week 8 loss against St. Louis while never coming close to covering the spread as a 7.5-point road underdog.Colin Kaepernick was limited to 20 for 41 passing for 162 yards with no touchdowns or interceptions. His lack of field vision is the stated reason that head coach Jim Tomsula has benched the former star.Now, the Niners will go with Blaine Gabbert after the former first round picked flamed out with Jacksonville.Gabbert played well in the preseason but is just 5-22 as a starter, including 10 consecutive losses at one point with Jacksonville.“I’ve watched Blaine get better each day and go about his business,” coach Jim Tomsula said. “I’ve watched the balls he throws, how he practices, the seriousness and the way he prepares every week since he’s been here. He’s a veteran guy.”San Francisco traded long time tight end Vernon Davis to Denver for two late-round draft picks this week.The Niners added running backs Pierre Thomas and Shaun Draughn because starter, Carlos Hyde (foot) and backups, Reggie Bush (torn MCL) and Mike Davis (broken hand) are all sidelined. The 49ers are ranked 32nd in scoring (13.6 ppg) and 23rd in points allowed (25.9 ppg). 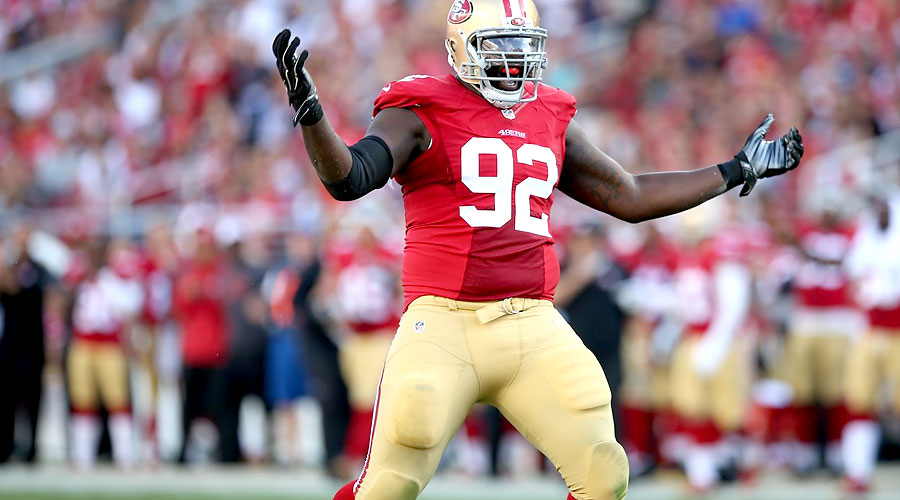 The Falcons have dropped two of their last three games and were on the wrong end of a narrow 23-20 overtime loss against NFC South division rival Tampa Bay in Week 8 while failing to cover the spread as an 8-point home favorite.Now, the Falcons are looking to get back on track after losing some of the momentum they had after getting off to a stellar 5-0 start through five games.Veteran signal-caller Matt Ryan completed 37 of 45 passes for a season-high 397 yards with two touchdowns and one interception. After committing just two turnovers through the first four games of their  5-0 start, the Falcons committed four turnovers against the Bucs.“We have to clean things up because I don’t think it’s broken as much as we can get sharper at it,” coach Dan Quinn said. “I can say that because of the first four games of where we were at with the turnover margin.”Ryan has thrown five interceptions and lost three of six fumbles over the last four games while the Falcons have committed a league-high 12 turnovers during the stretch.“I don’t think we’ve played our best football,” Ryan said. “I think that’s in front of us. That’s going to be the challenge to everybody. That’s where everybody’s mindset needs to be.”The Falcons are ranked sixth in scoring (26.6 ppg) and 13th in points allowed (21.0 ppg).