NFL News and Rumors
Jameis Winston and the revitalized Tampa Bay Buccaneers will look to give their playoff hopes a big boost by taking out Hall of Fame0bound quarterback Drew Brees and the struggling New Orleans Saints when the two teams square off in an intriguing Week 14 NFC South divisional battle.Now, let’s find out which one of these teams will strike pay dirt!

The Saints have lost four straight but put on one of their best performances in giving he undefeated Carolina Panthers all they could handle before falling 41-38 in an absolute thriller.Drew Brees tossed three touchdown passes, but the Saints allowed Carolina’s Cam Newton to toss five touchdown passes in the crushing loss.“We’re not where we need to be,” Brees said. “We got three turnovers, but there are too many little things that we can’t allow to happen to be the team we want to be.”Running back Mark Ingram rushed 12 times for 56 yards and one score but was placed on injured reserve with a season-ending shoulder injury following the defeat while questions surround wide receiver Brandin Cooks, who missed Thursday’s practice with a concussion.Saints coach Sean Payton was upset after officials blew two calls against Carolina for having 12 men on the field.“I’m not going to get into the officiating, but it happened twice — 12 on the field,” Payton said. “They get that call right on Friday night (in high school games).” 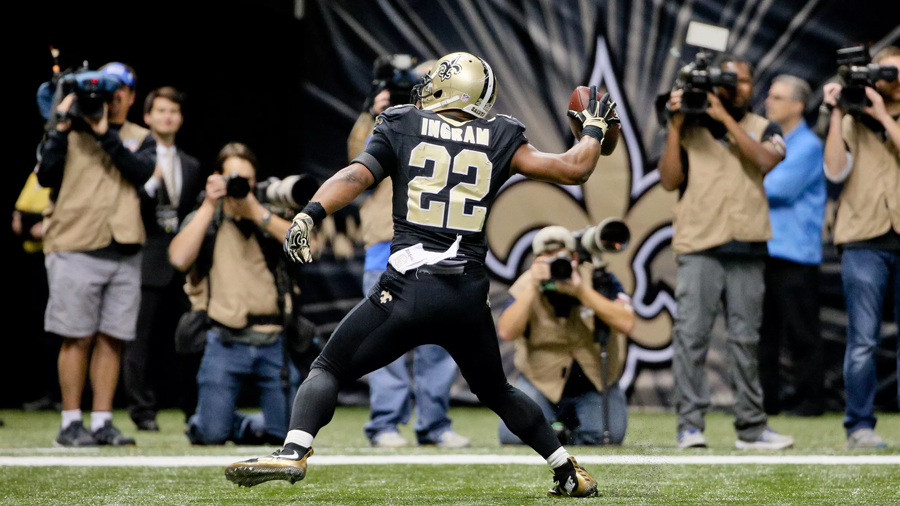 The Buccaneers were lifted to a 23-19 victory over Atlanta last week as No. 1 overall draft pick Jameis Winston capped off a 12-play drive with a 6-yard touchdown pass to Mike Evans late in the fourth quarter.“We kept fighting and the defense played great, carried us to the end,” Evans said. “Our goal is to make the playoffs.”Winston completed 18 of 27 passes on the day for 227 yards and one score while rushing five times for 15 yards and another touchdown.“We’ve been saying for a while we’re getting better, that we’re a good football team,” Buccaneers coach Lovie Smith said. “… We’re right in the mix, which is exciting.”Veteran running back Doug Martin, the NFL’s second-leading rusher with 1,133 yards, picked up 95 yards and one touchdown on 25 carries. Martin has rushed for 427 yards and one score the last three weeks.“To win in the fashion we did, it’s really special to me,” said tight end Austin Seferian-Jenkins. “When you’re out for a long time, you just miss the game of football. I’m really happy to be back. This is an amazing feeling.”I have no idea why 53 percent of the betting public likes New Orleans to cover the spread, but I certainly don’t!The Saints have dropped four straight and although they gave Carolina a tough way to go before narrowly falling this past weekend, I can’t bring myself to back them in a divisional contest against Jameis Winston and the much-improved Buccaneers.Tampa Bay has won three of its last four games, mostly because of Winston’s eye-opening play – and Lovie Smith’s suddenly stingy defense.The Buccaneers have not allowed more than 25 points in any of their last four games and not more than 19 points in each of their last three wins. The Buccaneers already beat the Saints once this season and I believe they’re more than capable of getting the regular season sweep.The Saints are 2-5 ATS in their last seven road games and just 1-3-1 ATS in their last five games overall while Tampa Bay has gone 4-0 ATS in their last four games against a team with a losing record and 5-1 ATS in their last six games against their NFC South division rivals.While the underdog in this rivalry has gone 4-1 ATS in the last five meetings, the Saints are a polar opposite 1-4 ATS in their last five games against the Bucs.I’m going with Jameis Winston and the improving Tampa Bay Buccaneers to get the job done!