NFL News and Rumors
The ‘desperate’ Seattle Seahawks will be going all-out to get the ‘W’ when they hit the road to take on the NFC West division rival San Francisco 49ers in an important Week 7 matchup on Thursday night that could have postseason implications for both teams.Now, let’s find out if Seattle can cash in as solid road online betting favorites.

Seattle has lost two consecutive heartbreakers and come into this matchup off a heartbreaking 27-23 loss against Carolina on Sunday while failing to cover the spread as a 7-point home favorite.Seahawks quarterback Russell Wilson completed 18 of 30 passes for 241 yards but failed to throw a touchdown and got sacked four times in the loss. Running back Marshawn Lynch scored once but was held to just 54 yards on 17 carries.“This was a tough game to lose in that fashion,” Wilson said. “… We’ve got to find a way. Fortunately, we have a quick week this week (before Thursday’s game).” 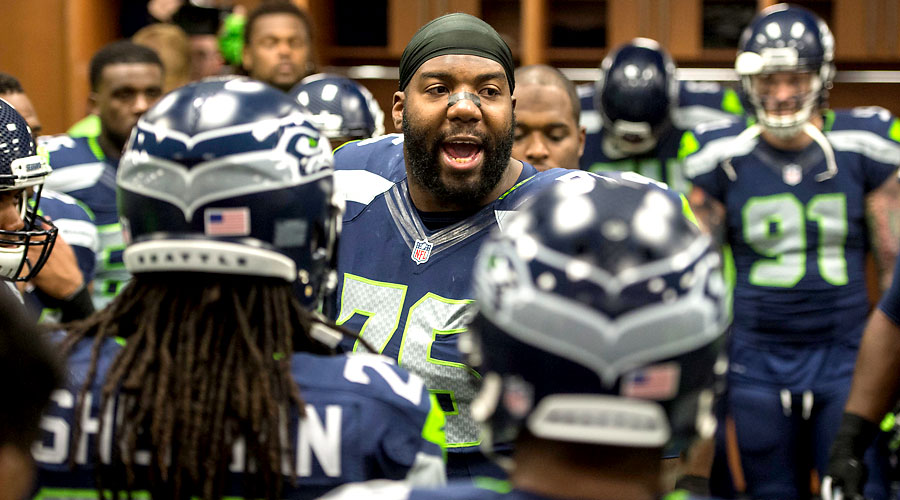 Making matters worse is the fact that Seattle gave up 383 yards of offense and lost a fourth-quarter lead for the fourth time this season. Seattle gave up the game-winning touchdown on a 26-yard strike from Cam Newton to veteran tight end Greg Olsen on a blown coverage that saw Olsen streak down the middle of the field for the grab untouched.“It was just confusion about what call we were in,” Seattle cornerback Richard Sherman said. “There were a couple calls being signaled in that were different. And the game’s at a fast pace, so you’ve got to make a decision.”“It’s very frustrating,” Seahawks safety Earl Thomas said afterward. “We knew we had them. We don’t suck. We know who were are. … I’m glad we’ve got a game Thursday (at San Francisco). We get to get back on the football field.”The loss was just the third-career home loss for Wilson, although the game marked the first breakout performance for tight end Jimmy Graham who had eight catches for 140 yards.

The Niners beat Baltimore 25-20 as quarterback Colin Kaepernick completed 16 of 27 passes for a season-high 340 yards and two touchdowns and Frisco’s defense picked off Joe Flacco twice and held the Ravens to just 77 rushing yards.Former Ravens wide receivers Anquan Boldin and Torrey Smith had big games against their former team with Boldin catching five passes for 102 yards, and Smith hauling in three balls for 96 yards and a 76-yard touchdown. 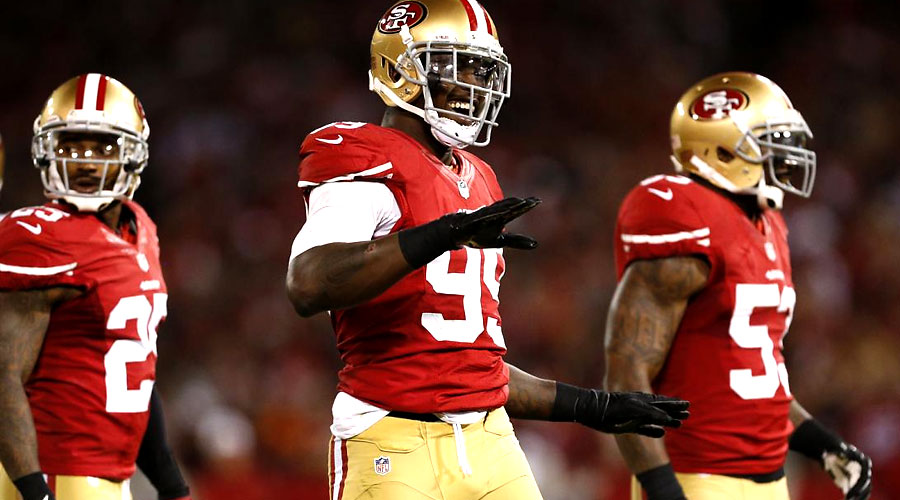 The Niners pulled within two games of first-place Arizona in the NFC West and can take another step in the division by beating Seattle.“You understand what’s at stake,” Smith said. “The more you win the better position you’re going to be in. We just need to try to figure out a way to win the next game. We can’t really look too far ahead. We aren’t in any position to even think about doing that with our record.”

I’m going to get right to the point by saying that I really like Russell Wilson and the Seattle Seahawks to show up and ‘save’ their season after repeatedly coming up short (no pun intended) in the fourth quarter when it matters most.While the Niners and Seahawks have split the last 10 meetings evenly at 5-apiece, Seattle has had the clear-cut edge when it comes to covering the spread, going 8-2 ATS over the last 10 meetings – and a perfect 8-0 ATS over the last eight.Seattle has been favored in each of the last seven meetings, with four of those contests being played in Frisco. 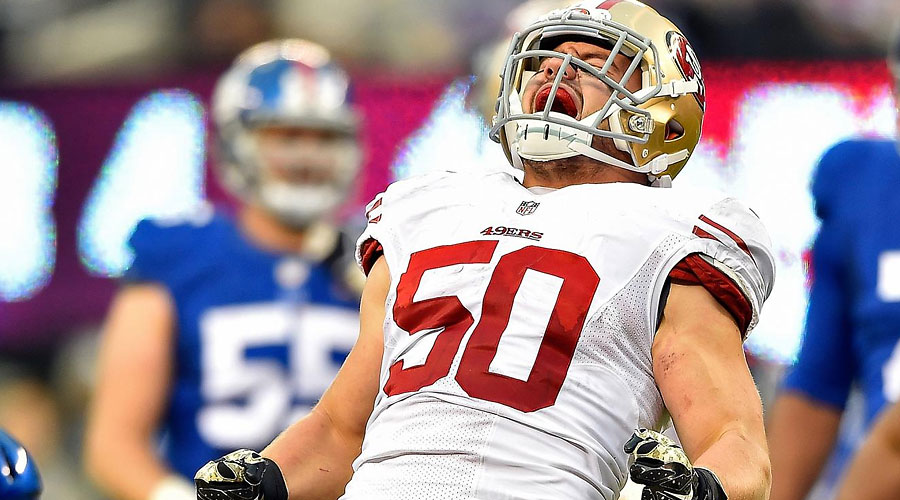 For me, this is a perfect game for the Seahawks to bounce back in, despite their recent string of uninspiring performances.I’m absolutely not convinced that Niners quarterback Colin Kaepernick has what it takes to stay a legitimate starting quarterback in the league and I like Seattle’s active defense to force him into at least one costly turnover and likely two.Seattle has gone 7-3 SU and 6-4-1 ATS in their last 10 games as a favorite of six (6) points or less and I think sheer desperation is going to be the driving force that lights a fire under them this week.Lest anyone forget, like Green Bay Packers linebacker Clay Matthews told Kaepernick on –field two weeks ago, he is certainly not Russell Wilson.The desperate Seahawks win and cover the NFL betting line with a just bit of room to spare!