NFL News and Rumors
NFL betting fans would think that when the Seattle Seahawks got a crucial (and incorrect) call on Monday Night Football three years ago, that would be the end of their prime time good fortune. After all, the “Fail Mary” gave them an undeserved win over Green Bay that would prove crucial come playoff time. However, the referees this past Monday were the real ones, not replacements brought in to call games during the lockout of officials. That’s what made missing this call so much worse.

So here’s what happened. Detroit wide receiver Calvin Johnson was stretching the ball out for the end zone, and Seattle safety Kam Chancellor punched it out of his hands at just the right time. Seattle defender K.J. Wright could have landed on the ball for a touchback, but instead he knocked it out the back of the end zone. The officials called a touchback and gave Seattle the ball on the 20. 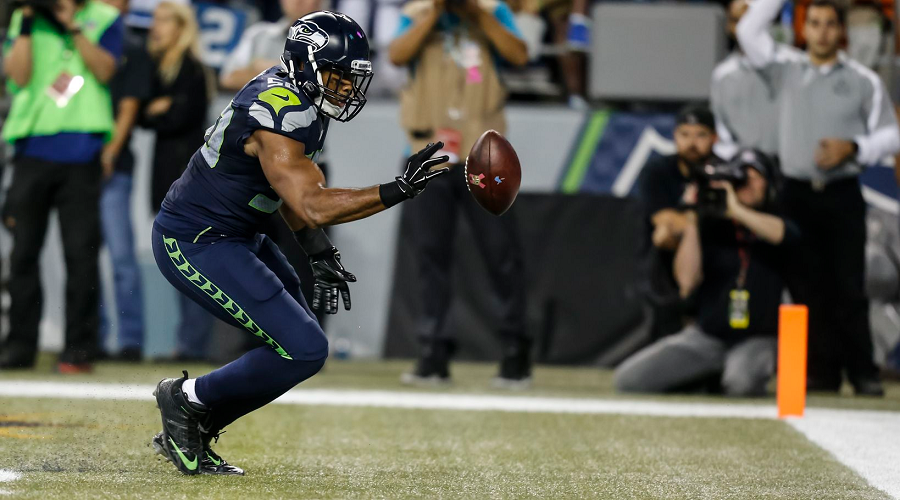 If the ball had simply rolled out of the end zone under its own power, that would have been the right call. However, because you can’t bat a ball on purpose in the end zone, that should have been a penalty. The Lions should have gotten the ball back at the half-yard line. The back judge was right in position to see it, so the only explanation is that he thought the contact was unintentional. Wright even said, after the game, that he hit it on purpose – but that he didn’t know that he could have gotten a penalty for doing it. So should intent be subject to review? That would make games last a lot longer and could lead to even more controversy. Like forward progress or pass interference, that’s really tough to add to a list of slow-motion replays. However, that is something that a game official should be able to see. If you look at the Advanced Football Analytics model, though, that one call made the game change dramatically. 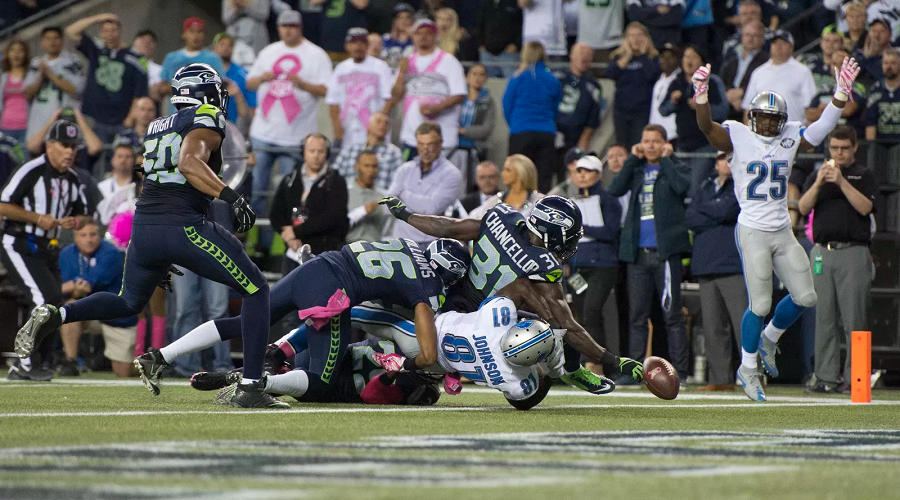 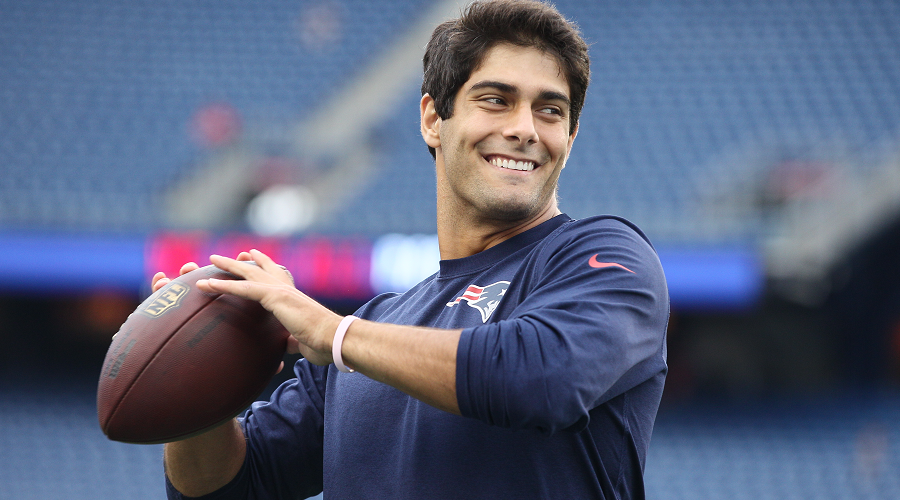 Is that a lot? Well, ESPN’s Football Power Index estimated that the Patriots using Jimmy Garoppolo as opposed to Tom Brady at quarterback for four games would cost the team 0.78 wins. So that awful call was about the same, impactwise, as the whole Brady’s suspension. 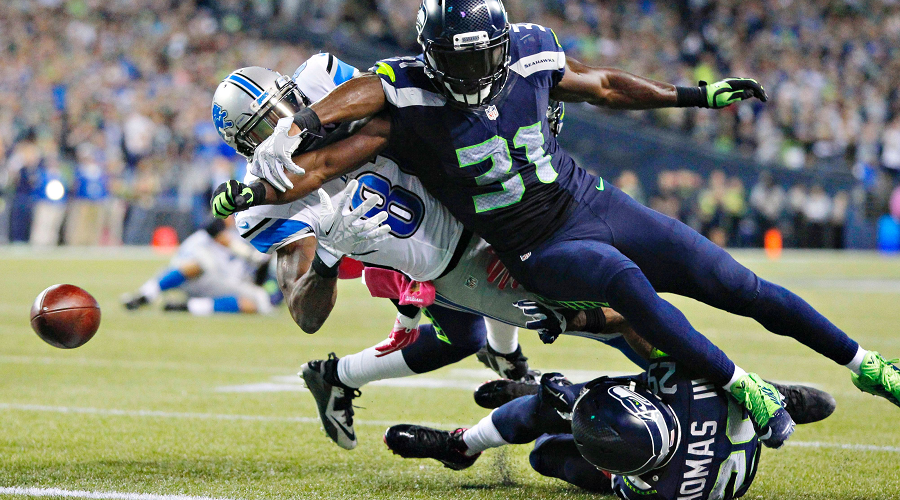 Now, Chancellor’s forced fumble was still a huge play. The Seahawks were about to fall to 1-3, with a road trip to sudden juggernaut Cincinnati coming next week, likely sending Seattle to 1-4. Since the 1970 AFL-NFL merger, only nine teams have started 1-4 and advanced to the playoffs, and none since Denver in 2011. Now, though, it’s the Lions who are 0-4. According to 538.com, the Lions only have a 10 percent chance of making the playoffs, just 25 percent of the way through the season. So yes, one call makes a big deal.
Older post
Newer post